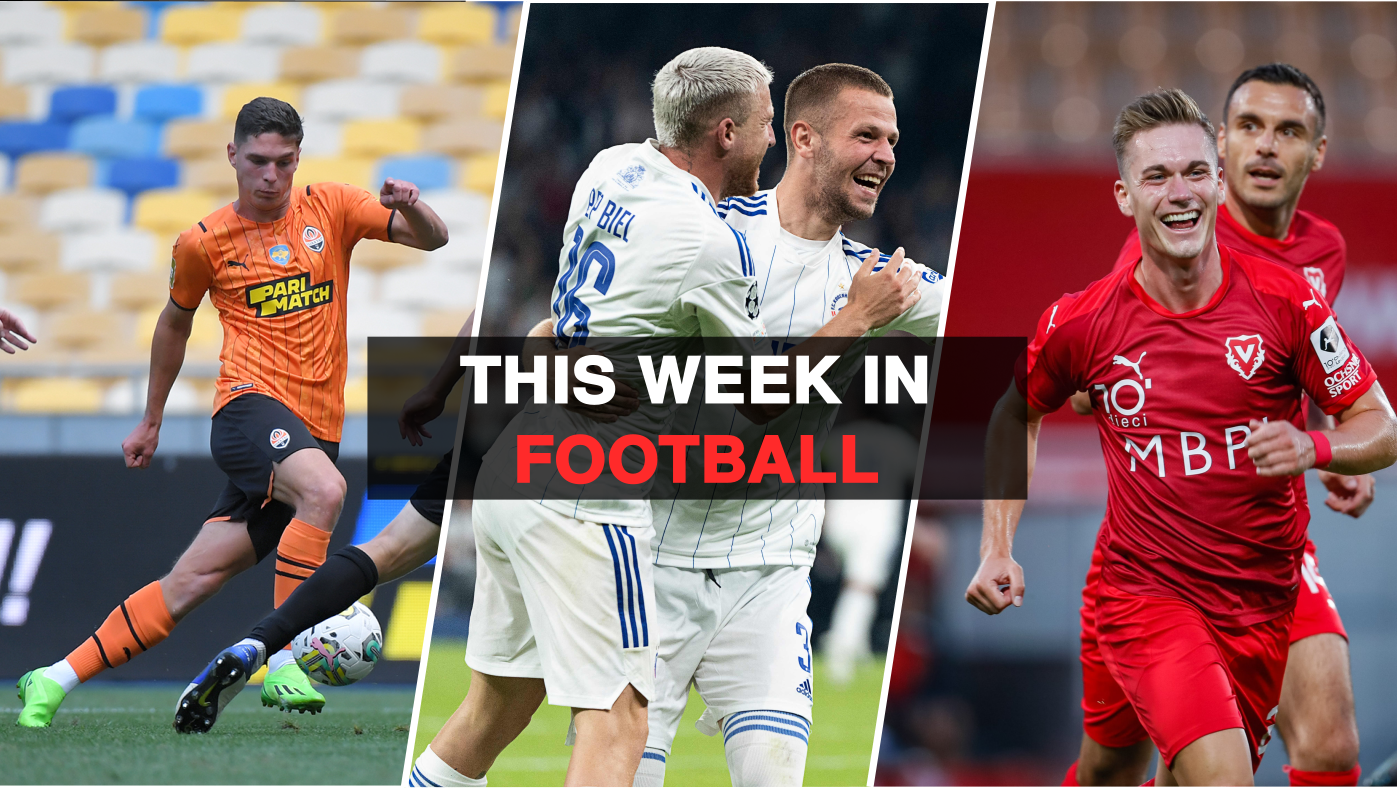 While the European qualification campaigns drew to a close with the second legs of the play-off round being held this week, by far the biggest story in the footballing world came from Ukraine, where the Premier League restarted for the first time since Russia’s most recent invasion. We will be covering that along with a couple of other things in this edition of This Week In Football.

The legendary Liverpool manager Bill Shankly once spoke of football being more than a matter of life and death. In all seriousness, though, it ultimately is just 22 people chasing a round object around a field of grass.

However, this spectacle — this sport — is also more than just a game. To many, it can be an escape, or even a source of hope and inspiration in the toughest times. This was exemplified with the return of the Ukrainian Premier League this Tuesday, as professional football matches were being played in the country for the first time since Russia’s most recent invasion.

Of course, there are far more important things going on in the country right now, but the league restarting is symbolic of the strength and defiance of the Ukrainian people. It is not the teams that will win or lose, but rather, as Andriy Pavelko, head of the Ukrainian Football Association, said, “It’s a sign to the world that Ukraine can and will win.”

Understandably, this is a season like no other in Ukraine. The stadiums are devoid of fans and have air raid shelters built nearby for the players, staff members, other officials and journalists, with air raid sirens already interrupting play on the second day of the season.

Despite these circumstances, the Ukrainian Premier League will continue as shades of normalcy slowly return to the country, bringing with them signs of a victory against the Russian invasion.

We covered the story of Trabzonspor’s first Turkish Süper Lig title in 38 years last season in our Elsewhere In Europe column, but they have suffered heartbreak already in 2022/23 after losing to FC København in the play-off round of the Champions League.

Even though they lost the first leg in Denmark, Trabzonspor would not have been too displeased with the result because they could have easily conceded more goals in that match, while the one they pulled back was a lucky deflected strike. That meant that the tie could still have swung both ways in Trabzon, but it ended up staying as it was.

Trabzonspor dominated possession and created a few decent chances, but their failure to score ultimately forced them to throw the kitchen sink at it and even that failed.

So, for the first time in 27 years, there will be no Turkish side in the group stage of the UEFA Champions League. That is a nail in the coffin for a terrible European qualifying campaign for Turkish sides, as Fenerbahçe were knocked out of Champions League contention by Dynamo Kyiv, Malmö had other ideas for Sivasspor’s Europa League dream and Konyaspor’s Europa Conference League hopes were dashed against second-tier FC Vaduz.

İstanbul Başakşehir’s win over Royal Antwerp in the Europa Conference League play-offs was the only positive result, but overall it is going to take quite a while for their coefficient to recover from all of that.

We generally do not like to repeat a story covered in the past few weeks in this column, but we simply have to make an exception for FC Vaduz, who have unbelievably qualified for European football!

Arguably the craziest part of this story is that Vaduz absolutely deserved to beat Rapid Wien over two legs. The first leg in Liechtenstein ended 1-1, but the hosts had a number of very presentable opportunities and even saw a couple of goals unfairly ruled out as the lack of VAR hurt them. Then, after somehow taking the lead in Austria, they went a man up in the 35th minute of the match when Kevin Wimmer was sent off. They managed to hold on to their lead thereafter.

So, FC Vaduz will be playing in Europe this season. They will most likely travel to cities that have a greater population than their entire country’s ∼40,000.

The Argentine league format is confusing this year to say the least, but there is quite a story developing in the Liga Profesional, where Atlético Tucumán are leading the way over halfway through the season.

The club nicknamed El Gigante del Norte (The Northern Giants) were in the lower divisions of the Argentine footballing pyramid as recently as six years ago and have never won a major trophy in their 109-year history, but that could finally change this season. Atlético are three points clear at the top of the league table, but the good news for them is that the traditional top sides are not leading the chasing pack.

Gimnasia are second ahead of Huracán and Argentinos Juniors, while River Plate, who are seven points away from the league leaders, are the only side in the top five to have lifted the league title in the last decade. However, River are the best side in the league based on xGD (Expected Goal Difference). While Atlético Tucumán possess the best defence in this regard, their attacking numbers show real cause for concern.

One thing that the data does not show is Atlético’s tendency to score incredible goals, which was epitomised in their win over Barracas Central this week.

Back in England, the second round of the Carabao Cup was played in midweek, and it featured a number of Premier League sides including newly-promoted Fulham. They had an apparently straightforward trip to face Crawley Town, who were in the relegation zone in League Two going into this fixture.

They were in for quite a surprise, as the home side took the lead after 16 minutes following a lovely team move. They went into the half-time break with a lead and went on to double it just four minutes on the other side of it after a high turnover led to a one-on-one chance. Crawley controlled the game really well thereafter, securing a famous cup victory.

Looking at the stats, their victory has to be considered deserved even though they were unsurprisingly outmatched in terms of possession.

Crawley have been drawn away at Burnley in the third round, where they will once again be considered underdogs.