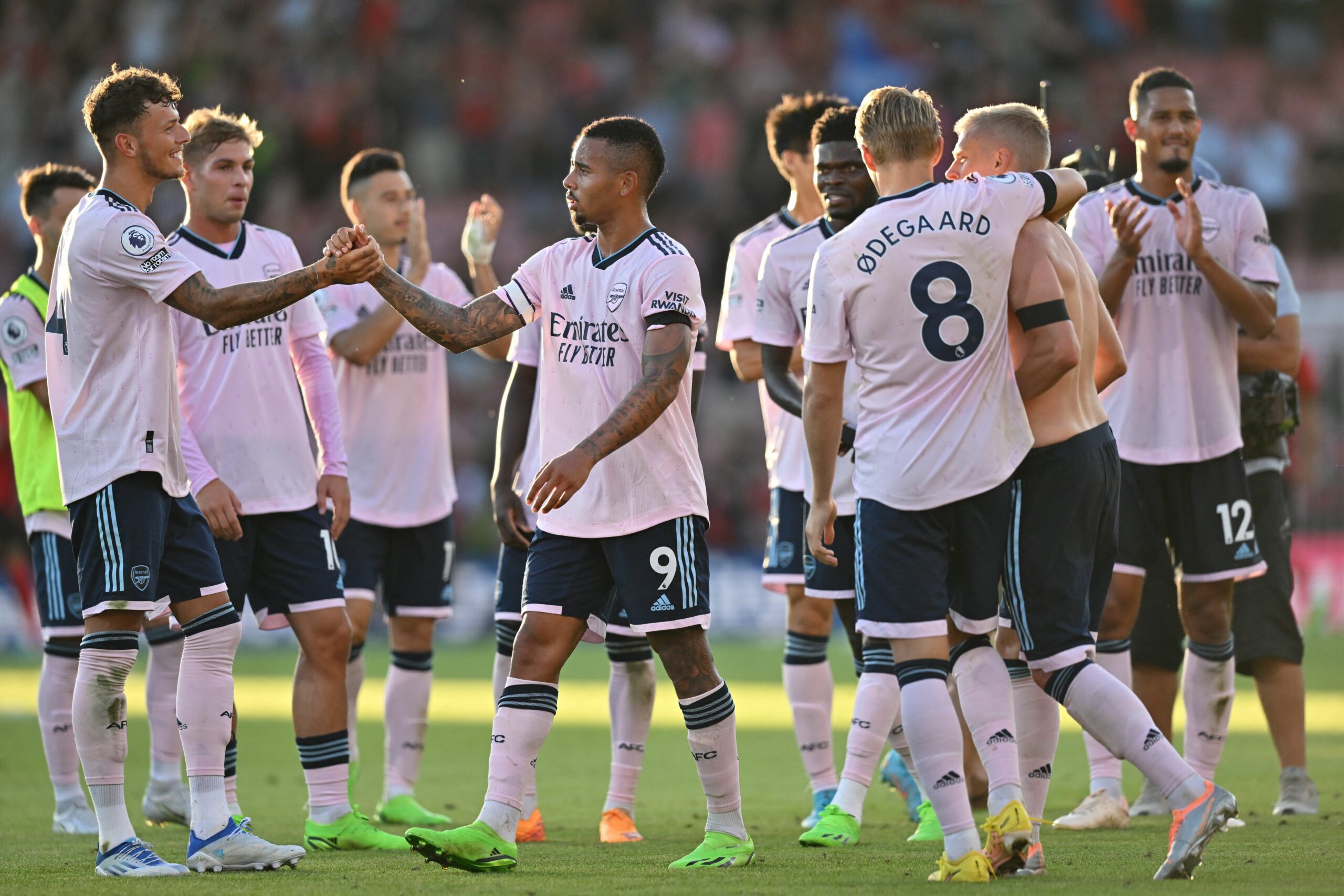 We’re just three games into the Premier League season and fans across the country are already debating who will claim top spot this term.

Arsenal are the only team with a 100 percent record after three matches, but with a relatively easy fixture list to start with their title hopes are still considered to be fairly remote.

That’s according to the latest data from FiveThirtyEight which says reigning champions Manchester City have a 57% chance of retaining their crown this season.

The Gunners are currently forecast to finish fourth in the table, with Liverpool and Tottenham Hotspur expected to finish ahead of them.

However, the Reds are already on the back foot after picking up just two points from their opening three EPL fixtures.

While it is too early to write off Jurgen Klopp’s team, and their tactical set-up means they are always a dangerous team to play against, they will need to improve significantly over the coming weeks if they are to mount a serious title challenge.

Spurs could keep themselves in the mix after collecting seven points from their three outings to date.

Manager Antonio Conte has a track record of winning league championships and he will fancy his chances of knocking City off their perch.

FiveThirtyEight’s data produces some surprising results in the rest of the top 10, most notably where Manchester United are concerned.

They have been tipped to finish seventh after winning just once this season. United were defeated by Brighton & Hove Albion and Brentford but bounced back impressively to beat Liverpool.

With the squad likely to be strengthened before the summer transfer window closes, finishing in the top four is not beyond them.

Chelsea and Brighton are currently forecast to finish ahead of United, with Crystal Palace, Newcastle United and Aston Villa completing the top 10.

However, with Steven Gerrard increasingly looking out of his depth as a Premier League manager, Villa may be dragged into the relegation fight.

The battle to avoid finishing in the bottom three in the Premier League table this season could feature some other big names.

Newly-promoted Bournemouth and Nottingham Forest are tipped to go straight back down, but the latter are a good bet to stay up after making several impressive signings.

Everton are currently rated as having a 33% chance of going down and may struggle to keep their heads above water under manager Frank Lampard.

Leicester City could be the surprise package to be in the relegation dogfight after failing to improve their squad this summer.

That could change if they can get some business done over the coming days and avoid losing any of their top players.