Paris Saint-Germain vs Monaco Preview – Prediction, how to watch & line-ups 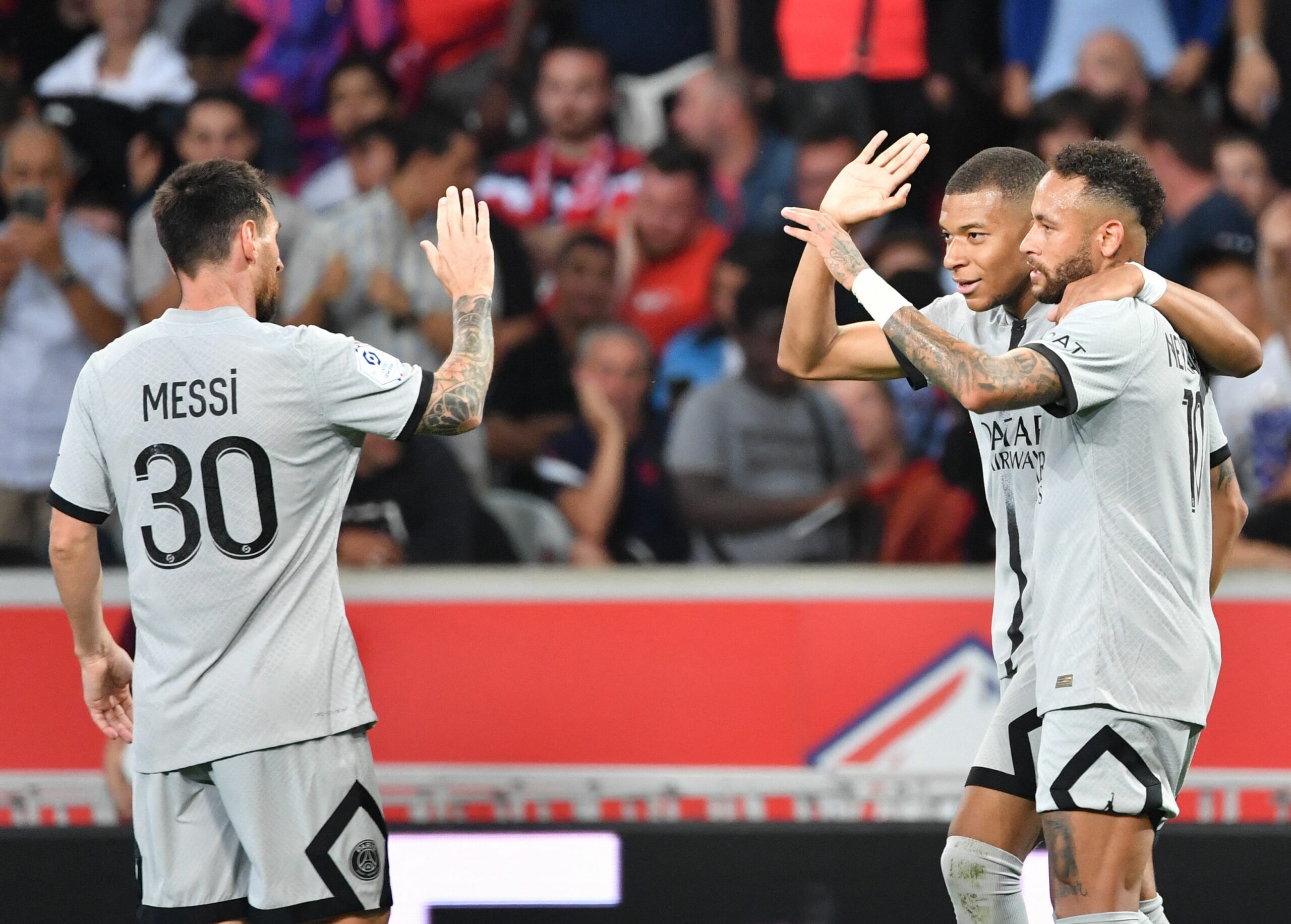 Familiar foes are set to trade tackles at the Parc des Princes as Paris Saint-Germain and Monaco go head-to-head in a mouth-watering Ligue 1 showdown.

Based on the opening three PSG fixtures in Ligue 1, Christophe Galtier’s side should cruise to a ninth league title in 11 seasons and become the most successful French club.

Currently tied with relegated Saint-Etienne at ten Ligue 1 crowns apiece, Les Parisiens have set the tone for another triumphant top-flight campaign by winning their inaugural three games via an aggregate score of 17-3.

Amid talks of a bust-up between standout performers Neymar and Kylian Mbappe making headlines in the Ligue 1 news, PSG utterly outclassed former champions Lille 7-1 last weekend to play down such speculation.

Given Paris’ rampaging start to the new domestic season, including a 4-0 demolition of Nantes in the French Super Cup in late July, Monaco’s bid to overcome an early crisis looks far-fetched even before the kick-off.

Manager Philippe Clement faces an uncertain future in the French principality after his side bowed out of the Champions League qualifying to PSV Eindhoven and won just one of their three Ligue 1 games (D1, L1).

So Monaco are not in the kind of mood that would allow them to go toe-to-toe with a high-flying PSG, let alone help them stage an upset at the Parc des Princes.

Bidding to stretch their formidable unbeaten Ligue 1 streak at home to 24 matches (W20, D3), PSG could do it in style if they can maintain a standout run of scoring 4+ goals in their last five league outings.

Their jaw-dropping tally of 17 goals scored in the opening three Ligue 1 rounds is the second-highest total at this stage in the competition’s history, with often-criticised Neymar enjoying a form of his life.

PSG’s most expensive signing of all time has already netted five goals and provided six assists, showing everyone he can lead this side to the promised heights.

Unlike PSG, it’s been a stuttering start to the new Ligue 1 season for Monaco. After eking out a 2-1 win at Strasbourg on the opening weekend, they’ve gone on to draw and lose their subsequent two league games.

Last weekend’s humiliating 4-1 home defeat to Lens has mounted more pressure on Clement, who will be desperate to improve Monaco’s dismal run of one win from their five most recent league visits to Paris (D1, L3).

But while on paper, all seems lost for Les Monégasques, they’ve actually enjoyed a fair amount of success against PSG, picking up three wins in their last four top-flight H2Hs (L1).

PSG vs Monaco, coupled with all other Ligue 1 fixtures, is available to watch online via Ligue 1 live streams.

Based on both teams’ performances in the early stage of the season, this promises to be one-way traffic, with PSG likely to carry on their free-scoring form into September.

We have no choice but to back Galtier’s high-flyers to put Monaco to the sword.