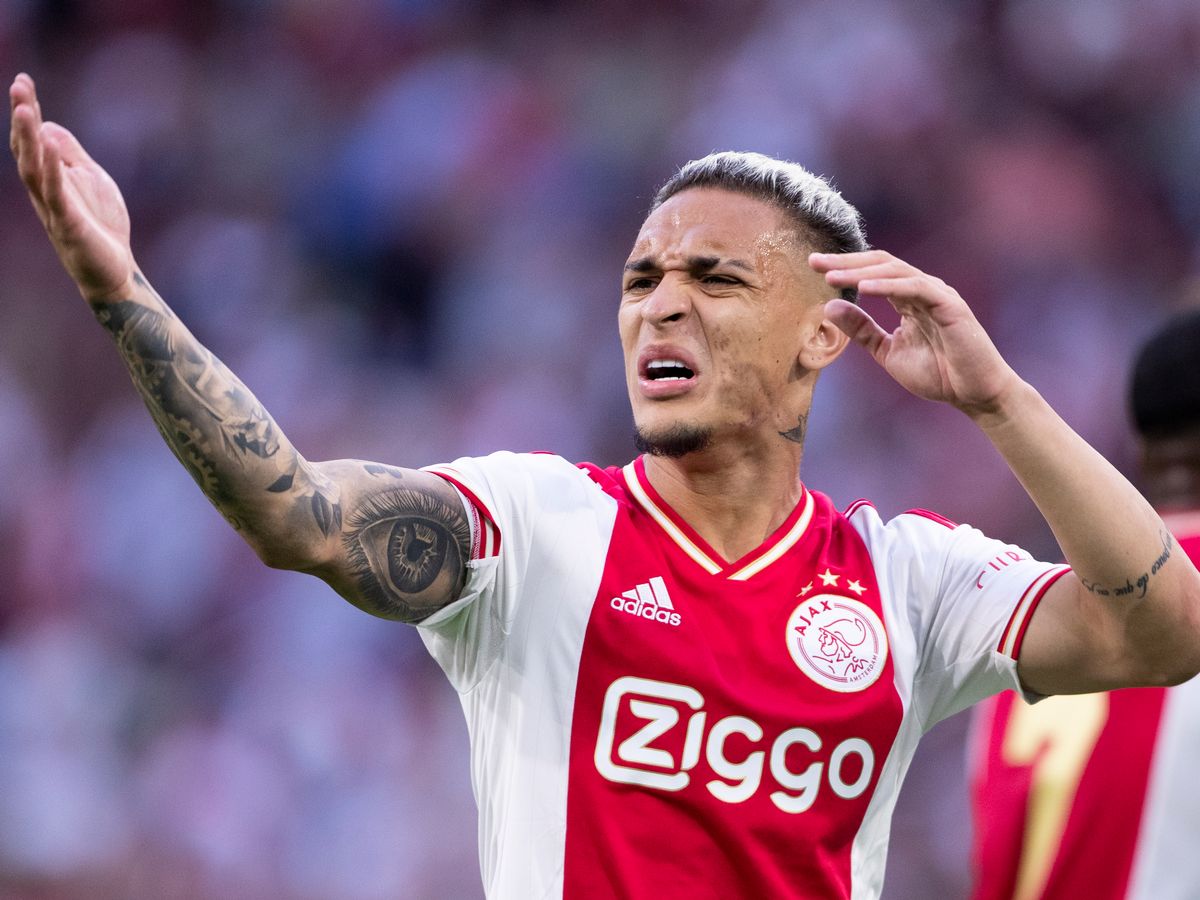 Ajax have rejected Manchester United’s latest bid for Antony worth around €90 million, according to Sky Sports.

Ajax insist that Man Utd pay their full €100m valuation for the player. Man Utd could return with a bid that matches the Dutch team’s valuation soon. They want to get this deal over the line.

Erik Ten Hag is keen to work with the Brazil international after their time together at Ajax. Antony is also doing his best to push a move to England.

The 22-year-old has reportedly missed training sessions in order to force the Dutch giants to sell him.

Man Utd chased Antony in the earlier parts of the transfer window, but after failing to sign him, they moved on to other targets.

United then failed with those moves. They could not complete deals for Chelsea’s Christian Pulisic, PSV Eindhoven’s forward Coady Gakpo and Bologna’s Marko Arnautovic.

Their fruitless pursuit of these stars has led them back to their primary target Antony. However, they now have to pay a higher fee than before.

The Eredivisie giants valued the player at €80m during the first round of the chase, but Man Utd deemed the price too steep.

Ajax warned Man Utd and then raised their valuation of Antony to €100m. They first rejected an €80m bid for the player.

Man Utd’s latest bid falls only ten million short of Ajax’s demands, but there is a feeling the English club will go to any length to sign Antony.

Ajax are already looking for replacements for Antony, but there are no clear targets on the market.

The number one candidate to replace Antony is Chelsea’s Hakim Ziyech, who joined the Blues from Ajax in 2020. However, a return to the Netherlands may not be straightforward for the 29-year-old.

While Ajax are trying to secure a loan deal with an option to buy for the Moroccan playmaker, Chelsea want an outright sale.

The London club are demanding €44 million for Ziyech. This is one of the factors driving Ajax’s insistence on a large sum for Antony.

United are keen on Antony, and the player appreciates their interest.

Both clubs are still in discussions to find an agreement. However, a deal could hinge on Ajax finding a replacement for Antony. That is difficult with only a few days left in the transfer window.