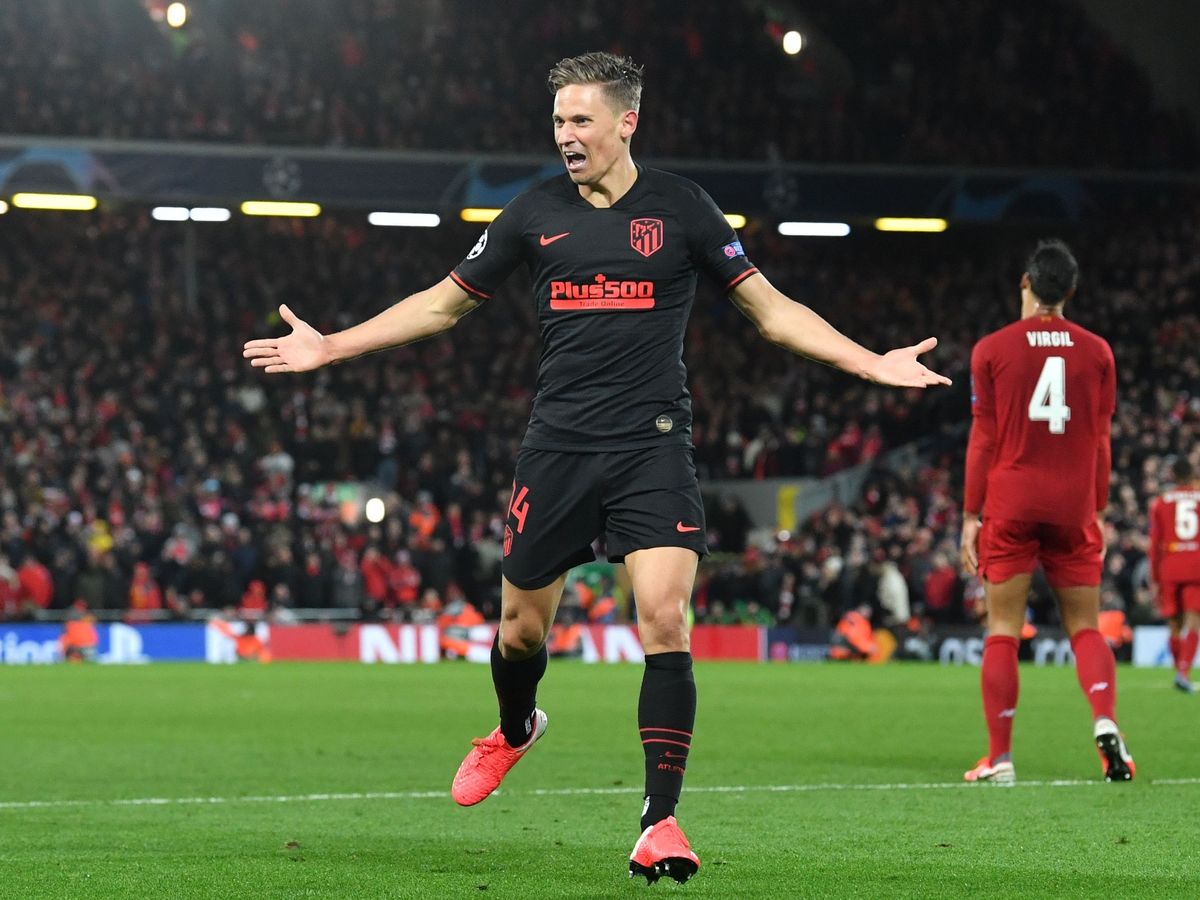 Liverpool are targeting a move for Atletico Madrid’s Marcos Llorente in the final days of the transfer window, according to Fichajes.

Jurgen Klopp is disappointed with Liverpool’s lack of summer signings after only signing Darwin Nunez, Fabio Carvalho and Calvin Ramsay.

The German manager would like to add another attacker to his squad and has set his sights on Llorente. It is not clear how much the Spanish international will cost at the moment.

Atletico have been working on renewing Llorente’s contract, but they have also not ruled out a possible sale.

Los Colchoneros are in no hurry for renewal as his current contract expires in 2027, but he is one of their most valuable assets and would fetch a handsome sum.

Liverpool would like to add Llorente, who originally started as a midfielder but can play as a striker, winger and full-back when required.

Liverpool and Klopp know all about Llorente. He helped inflict Klopp’s first defeat in a two-legged knockout tie as Liverpool manager after ten successive victories. It ended their 25-match unbeaten home run in European games.

He was struggling following his big €50 million move from Real Madrid in 2019, but it was against Liverpool that his Atletico career caught life.

Liverpool had stormed to a 2-0 lead at Anfield in the 2019/20 Champions League campaign before Diego Simeone brought Llorente on.

Llorente had been struggling in midfield in earlier appearances, but the Argentine manager put him in attack beside Alvaro Morata.

He scored two goals to help knock Liverpool out and has continued on that upward trajectory since.

Despite enjoying success as a second striker, Simeone has been moving Llorente all over the pitch to fix holes within the squad. Simeone could consider letting the 27-year-old go despite his confidence in the player.

Simeone has a lot of options in attack. He has Morata, Matheus Cunha, Antoine Griezmann, Joao Felix, and Angel Correa. He can afford to let Llorente leave this summer.

Llorente can be a swiss army knife for Klopp as he can fill numerous positions for the former Borussia Dortmund boss. Llorente also brings the high-octane style that Klopp demands.

After a difficult start to the season, it is unsurprising that Klopp is seeking reinforcements. Liverpool drew their first two Premier League games and lost the third to Manchester United.

Klopp is seeking fresh legs in attack and midfield before the transfer window closes in a few days. By targeting Llorente, he can kill two birds with one stone.

Liverpool will welcome Bournemouth to Anfield this weekend.

The Merseyside club need to return to their winning ways against Scott Parker’s side if they want to mount a serious title challenge this season.

A win could help the Reds escape the bottom pile where they languish in 16th on the EPL table.