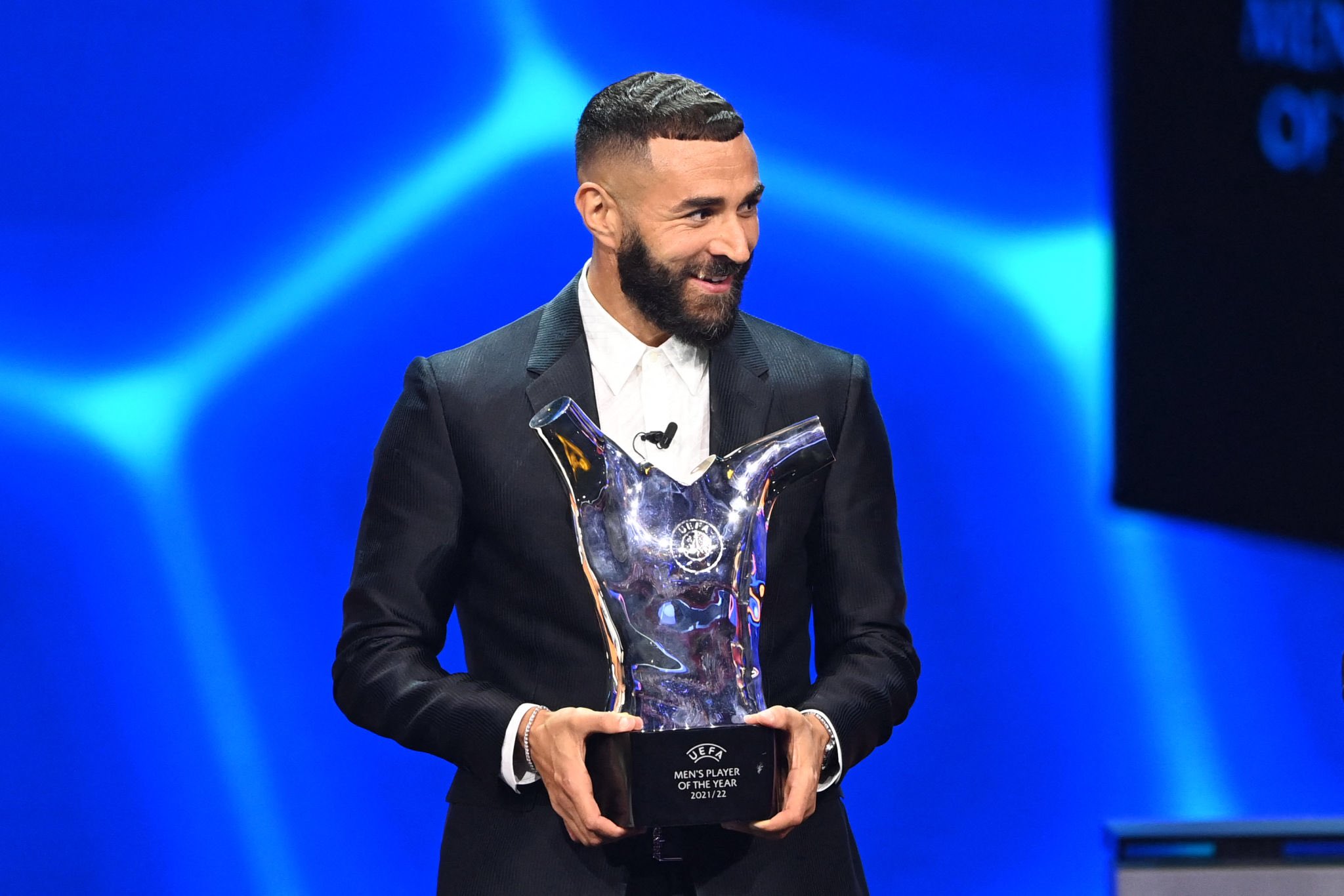 Karim Benzema has won the UEFA Men’s Player of the Year award for the 2021/22 season.

The Frenchman beat out competition from club teammate Thibaut Courtois and Manchester City’s Kevin De Bruyne for the esteemed award.

The 34-year-old Frenchman spearheaded Real Madrid to the Champions League title with 15 goals and two assists in 12 appearances. He finished the campaign as the top scorer in the tournament.

The France international also led Los Blancos to the La Liga title with 27 goals and 12 assists. Benzema finished as the top scorer in the league.

Benzema was the bookmakers’ favourite for the award. He finished 505 ahead of Courtois and 501 points in front of De Bruyne.

He is also the favourite for the Ballon d’Or award set to take place on October 17.

Benzema’s header against Chelsea at Stamford Bridge won the UEFA Goal of the Season Award.

He also picked up the Supercopa Espana and the UEFA Super cup title across the year.

Barcelona and Spain attacker Alexia Putellas won the UEFA Women’s Player of the Year. Putellas is the first woman to win the award two years in a row.

She beat Arsenal’s Beth Mead and VFL Wolfsburg’s Alexandra Popp to the award and joined Chelsea striker Pernille Harder as the only multiple winners.