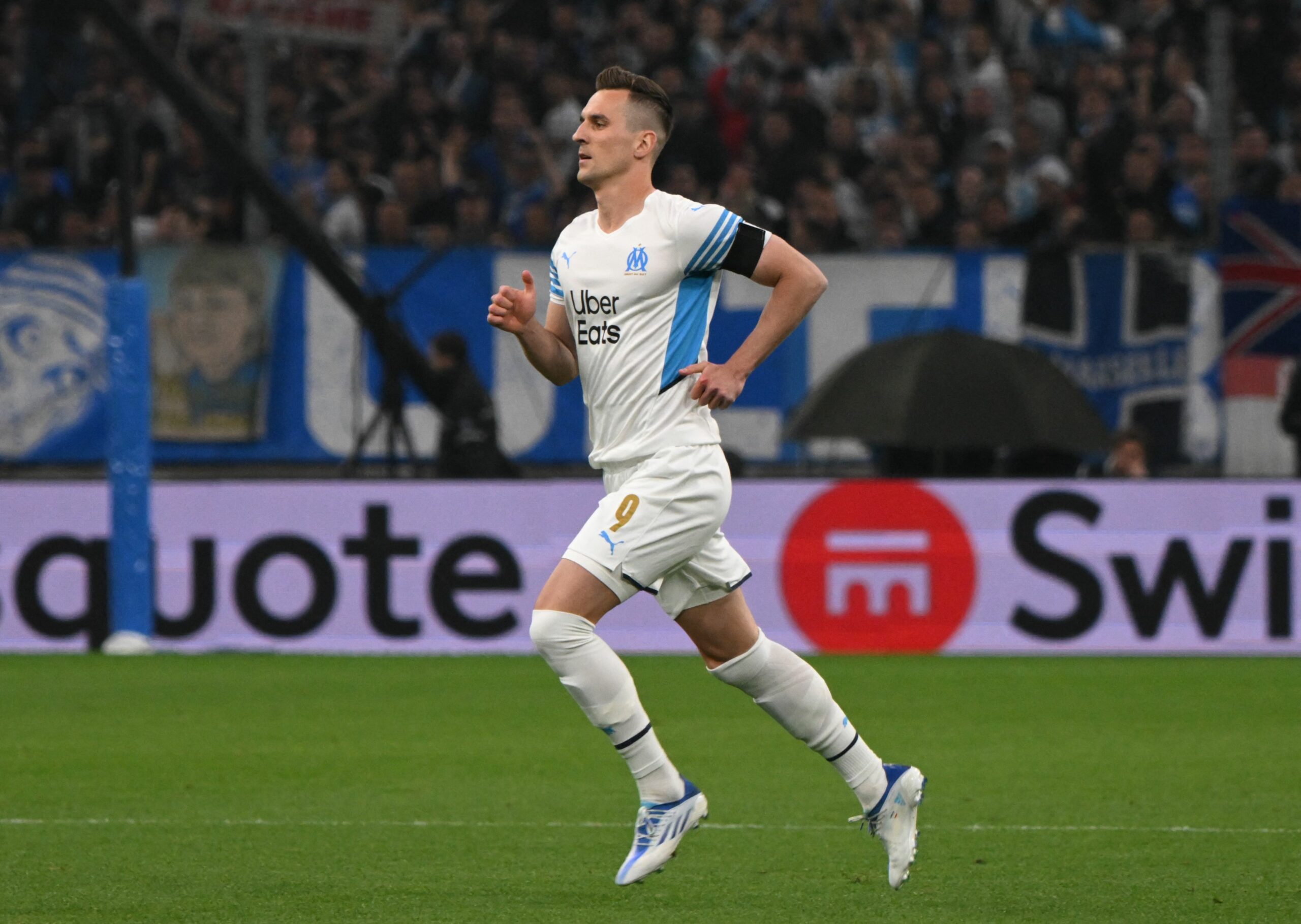 Olympique Marseille striker Arkadiusz Milik is closing in on a loan move to Juventus with his medical scheduled today, according to L’Equipe.

Juve will pay €2 million to secure Milik’s services on a short-term basis with an option to buy for €8m at the end of the season.

The Old Lady were initially interested in landing Memphis Depay from Barcelona but a deal for the Dutchman has since broken down.

Juve have now turned their attention to Milik, who is set for a second stint in Italian football following a four-year spell with Napoli between 2017 and 2020.

Milik netted 20 goals in 37 outings across all competitions for Marseille last time out as Les Phoceens secured an impressive second-place finish in Ligue 1.

However, the summer arrival of Alexis Sanchez from Inter Milan has put Milik’s place in the starting XI under serious threat so it is no surprise to see the Poland international leave.

Having decided against a permanent deal for Morata, Juventus are keen to snap up a new marksman with names such as Anthony Martial and Timo Werner previously linked with a switch to the Allianz Arena.

The arrival of Milik in Turin would be Juventus’ sixth new acquisition of the summer window, following in the footsteps of Bremer, Filip Kostic, Andrea Cambiaso, Paul Pogba and Angel Di Maria.

With Pogba now set to miss a significant period of action due to injury, Juventus are expected to sign a new midfielder and Paris Saint-Germain’s Leandro Paredes could be the latest name to be on the move to the Serie A giants.

Off the back of two relatively disappointing Serie A campaigns, Max Allegri’s men have kicked off the current season with four points from their opening two games, two points behind Napoli, Inter Milan and AS Roma.