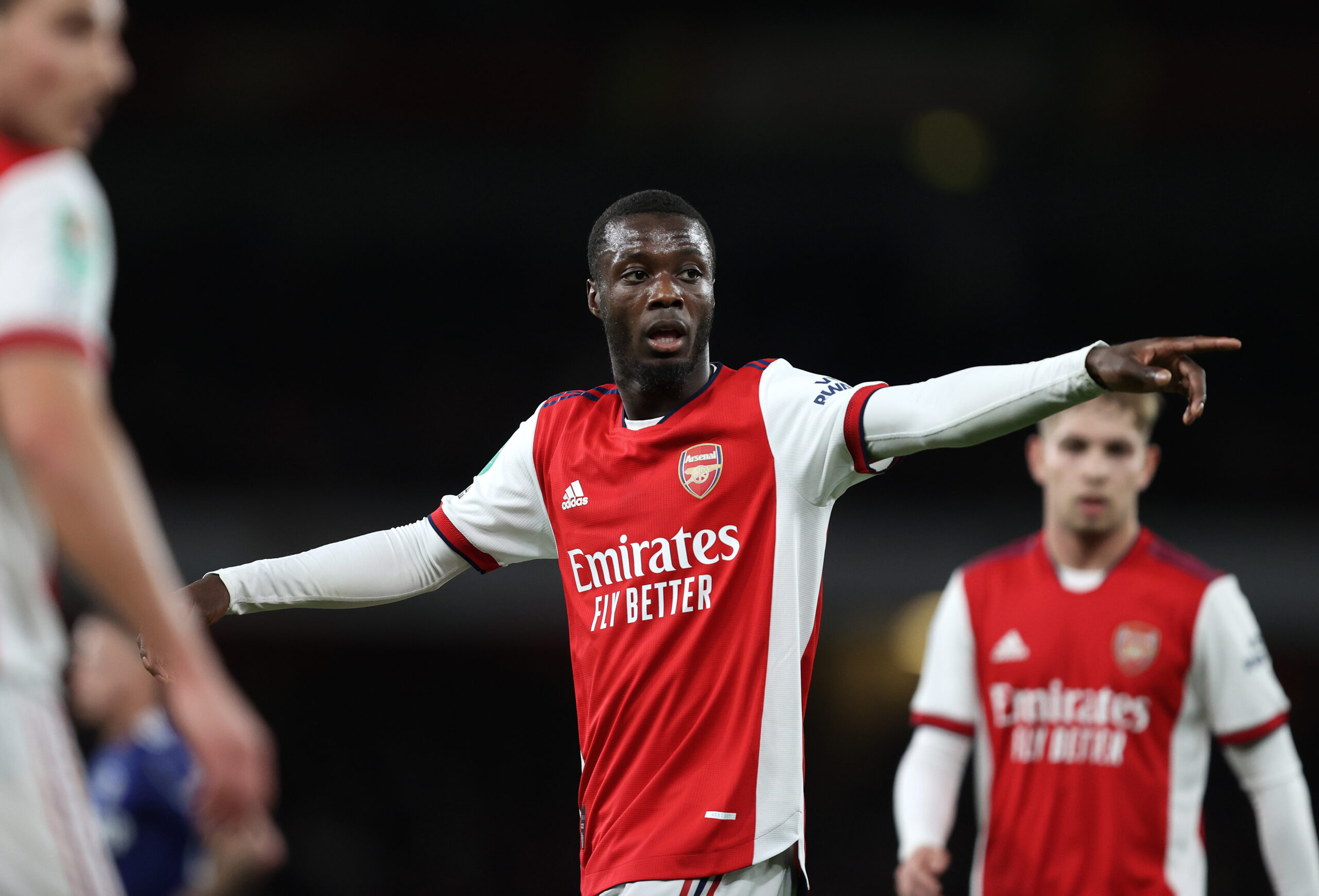 OGC Nice are on the cusp of signing Arsenal forward Nicolas Pepe on a season-long loan, according to L’Equipe.

The 27-year-old is set to fly out to France after both clubs reached an agreement over a straight loan deal with no purchase option.

Pepe started his career with Ligue 1 side Angers before moving to LOSC Lille in 2017, where he stamped his name as one of the most exciting prospects to emerge from the French division.

His string of eye-catching performances for Lille saw Arsenal break the bank and splash out a club-record £72 million fee to secure his services in the summer of 2019.

The Ivorian international scored 23 goals and provided 12 assists in his final season at the Stade Pierre-Mauroy, helping Les Dogues secure a second-placed finish in the league.

However, Pepe has failed to replicate his Lille form for the north London outfit, scoring just 27 goals in 112 appearances across all competitions.

While he has occasionally shown flashes of brilliance, he has struggled for regular game time as he often plays second fiddle to England international Bukayo Saka on the right flank.

Pepe, who is yet to make an appearance in the Premier League this season, has now opted for a new challenge, moving to OGC Nice on a season-long loan as he looks to breathe fresh life into his stalling career.

He is expected to undergo his medical on Thursday and will become the second ex-Arsenal player to switch to the Allianz Riviera Stadium this summer, following in the footsteps of Welshman Aaron Ramsey.

With Pepe’s imminent departure and a much lighter wage bill, Arsenal are expected to return to the transfer market in search of attacking reinforcements.

Leicester City’s Youri Tielemans has been a long-term target for the Gunners, who have also been linked with a sensational swoop for Wolverhampton Wanderers star Pedro Neto.