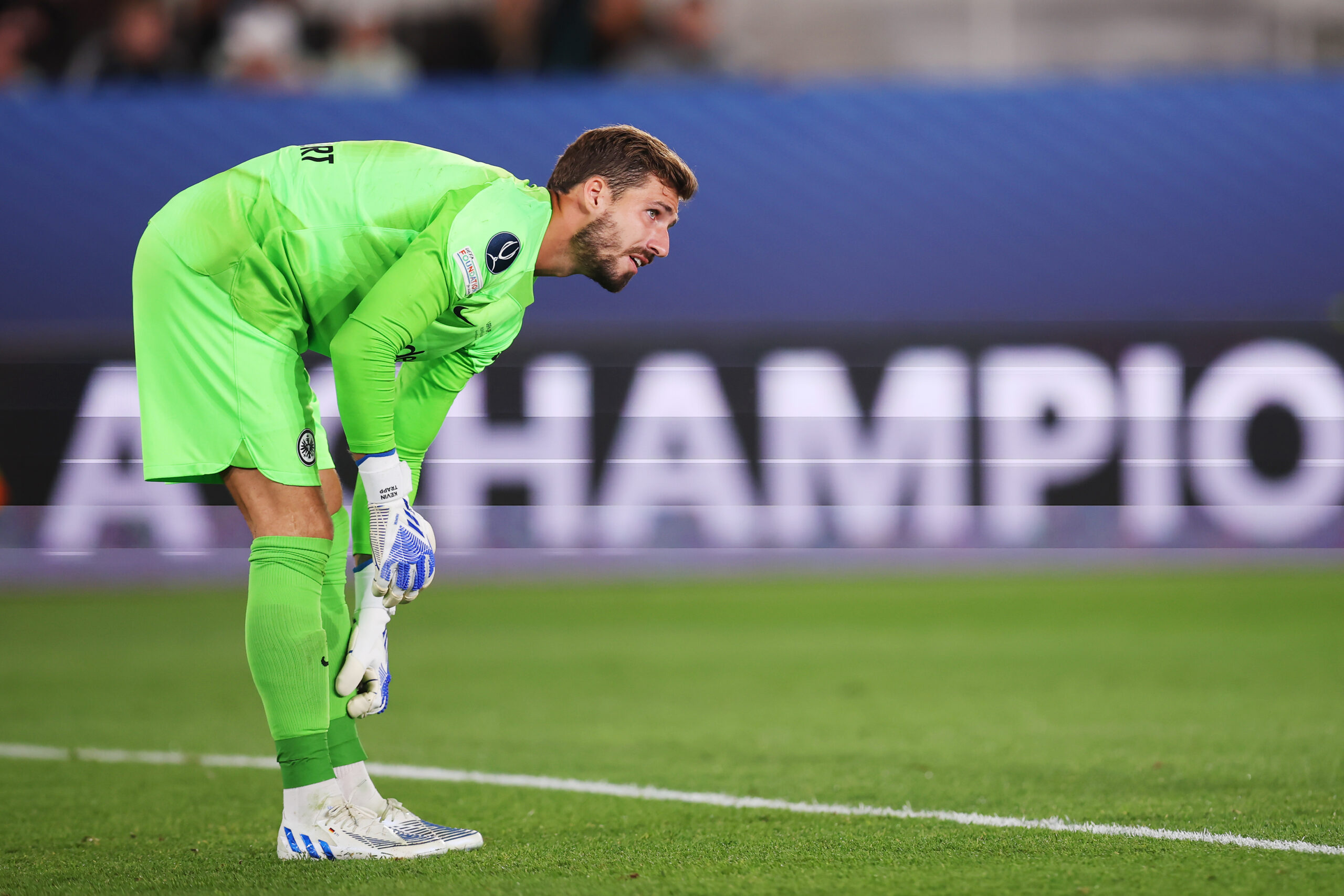 Manchester United are interested in Eintracht Frankfurt goalkeeper Kevin Trapp and have submitted an offer for his signing, reports BILD.

Having lost Dean Henderson to Nottingham Forest on loan, the Red Devils want to add a quality keeper to the ranks, with Tom Heaton not considered good enough to be De Gea’s deputy.

Not only does Erik ten Hag want the new keeper to play second fiddle to De Gea, but the Dutch gaffer also needs him to provide competition for the Spaniard.

Trapp, who helped Frankfurt win the Europa League last term, has emerged as one of the targets for the Red Devils.

The German keeper, who has six international caps to his name, has been a mainstay for the Eagles, making 261 appearances in all competitions.

The 32-year-old could be tempted to join the Red Devils as he is at the point of his career where he would be ready to leave Frankfurt for a new experience.

However, there is also a downside to the move as he would have to sacrifice game time and the opportunity to play in the Champions League – United will compete in Europa League this term.

Ten Hag’s men ended their two-match losing streak with an emphatic victory over Liverpool in the Premier League at Old Trafford last night.