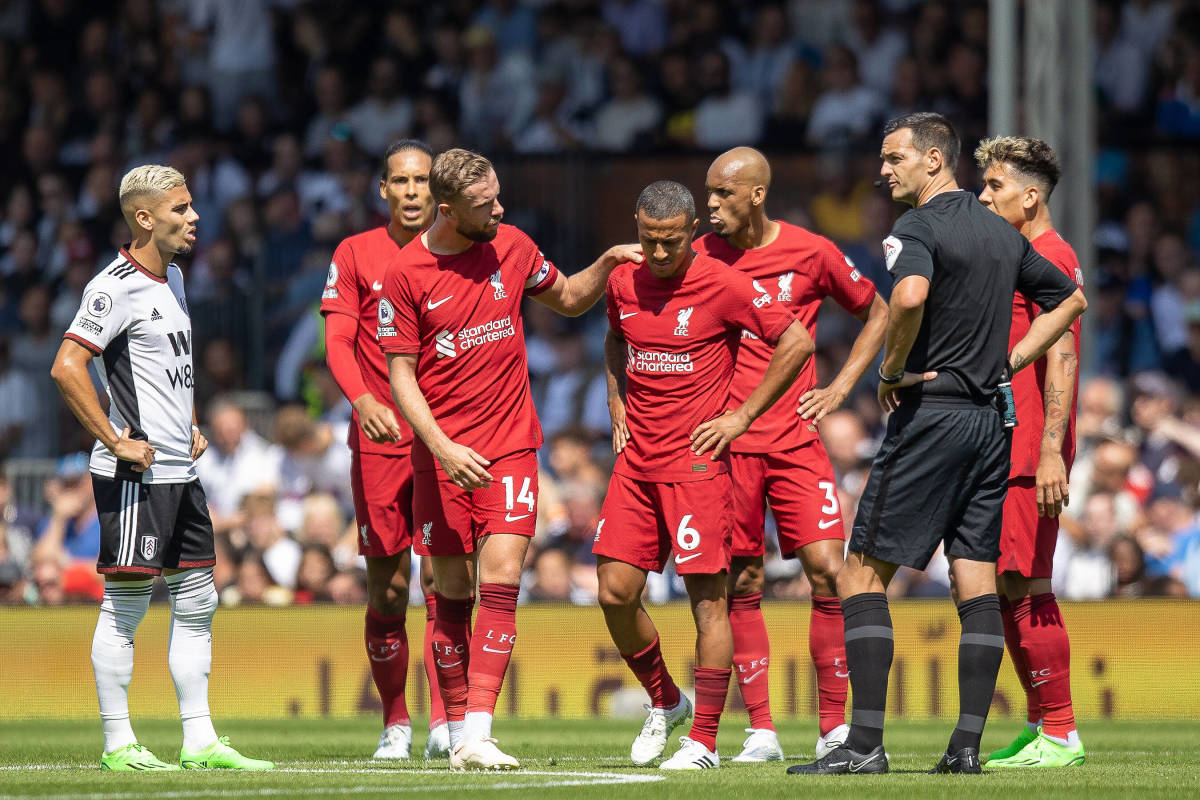 Liverpool were overrun in midfield when they travelled to Old Trafford to take on Manchester United.

Jurgen Klopp had to field a makeshift midfield trio of James Milner, Jordan Henderson and Harvey Elliott, with Thiago Alcantara, Curtis Jones and Naby Keita all sidelined with injuries. Fabinho was also not fit enough to start.

Despite enjoying the lion’s share of possession, the Reds were toothless and looked bereft of attacking ideas.

The usual full-back channels of Trent Alexander-Arnold and Andrew Robertson were shut down, and the midfield trio struggled to enforce Klopp’s gegenpress style.

The Reds have built a reputation as trendsetters in the transfer window, where seemingly every signing or transfer decision is vindicated.

However, they have a big call to make this summer as Thiago, Keita and Alex Oxlade-Chamberlain are injury prone, while Milner and Henderson are ageing and unable to sustain Klopp’s system over long periods.

Jones and Elliott are fine prospects, but they are not players that potential title contenders should turn to in times of crisis.

The decision-makers at Anfield tend to get the big transfer calls right, but they now have to decide whether to address Klopp’s current midfield crisis or take a gamble and wait for the injured players to return to fitness.

Liverpool have been heavily linked with a big-money move for Jude Bellingham next year, but they could certainly do with upgrading their options immediately.

They may yet rue their decision not to move for Matheus Nunes before his move to Wolverhampton Wanderers, but there are several options on the market they could still look at.

While the Liverpool hierarchy ponders on their decision, here are three potential midfield options the Reds could consider to solve their current dilemma before the transfer window closes.

Youri Tielemans has been a standout performer for Leicester City since joining from AS Monaco in 2019.

He has proven to be reliable in the middle of the park, and his ability to pick his spot from long range helped the Foxes to their first-ever FA Cup triumph against Chelsea.

Tielemans is assured in possession and has no problems receiving the ball under pressure. His awareness, press resistance and ability to pick and weight a pass are some of his defining qualities.

The sharpness of his reactions, quick feet and touch on the ball are also outstanding attributes of his game.

With Fabinho providing cover for the back four, Tielemans would be allowed to roam in midfield, where his creativity would come in handy and also lift some of the creative burdens off Alexander-Arnold’s shoulders.

Tielemans is a very technical performer. He is not quite as mobile or intense as the typical Klopp midfielder, but his comfort on the ball combined with his versatile skill set is worth taking a chance on.

The Belgian midfielder is reluctant to sign a new contract at the King Power Stadium, and the Foxes would prefer to sanction a sale than see the former Monaco man walk for free next summer.

Tielemans is available for around £30 million this summer, and he would be a shrewd addition to Liverpool’s troubled midfield.

Nicolo Barella has developed into one of Inter Milan’s best players since arriving from Cagliari Calcio in the summer of 2019.

He would be the perfect addition for the Reds as he embodies the one thing that characterises a typical Klopp midfielder – intensity.

The 25-year-old box-to-box midfielder is cultured in possession and is adept at contributing in attack as he is when defending. He recorded an impressive three goals and 13 assists in 36 Serie A starts last season.

Barella would slot seamlessly into the right side of Liverpool’s midfield three and infuse the team with the energy and intensity required to enforce Klopp’s gegenpress.

He is one of Inter’s most prized assets, and his contract with the Nerazzurri runs until 2026.

Despite their precarious financial situation, it would take a huge fee to prise the Italian from the San Siro outfit.

However, if Liverpool could somehow land his signature, he would fit Klopp’s side like a glove.

Ibrahim Sangare is a dominant force characterised by his strength, imposing physique and tough tackling ability. He is exceptional defensively and is a fantastic ball-winner.

Standing at 6ft 3ins, the Ivorian is a force to be reckoned with in the air. He is also calm on the ball and comfortable with both feet.

Despite his intimidating size, Sangare shows balance and competent dribbling ability, having completed nearly 70% of his attempted dribbles last season in the Eredivisie.

The Reds were linked with a move for Aurelien Tchouameni before he joined Real Madrid, and Sangare was touted as an option, but Liverpool did not move for the midfielder.

The 24-year-old would provide cover for Fabinho, who has struggled to stay fit early this season. He could also partner with the Brazilian if Klopp switched to a 4-2-3-1, allowing the full-backs more freedom to bomb forward and support the attackers.

Sangare is one of the best midfielders in the Eredivisie and would find it hard to turn down a move to the Premier League if Liverpool come calling.

With his release clause set at just £30m, it would be no surprise to see him in England soon.