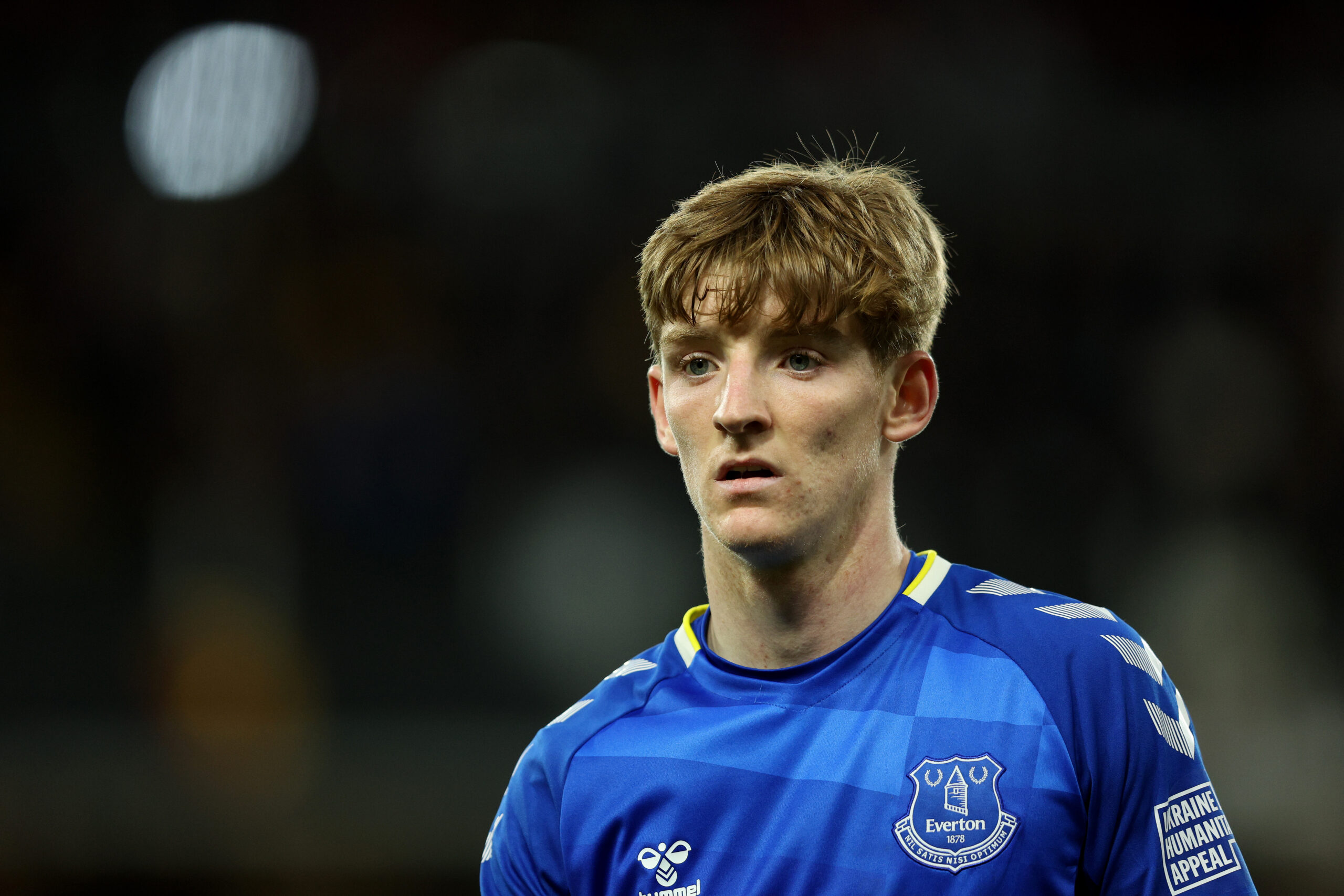 Chelsea are prepared to pay up to £60 million to bring in Everton winger Anthony Gordon this summer, reports Sky Sports.

Gordon came through the academy at Goodison Park, earning his first professional contract in 2017. He made his senior debut towards the end of that year, appearing as a substitute in a Europa League tie against Apollon Limassol.

After a few years as a rotation player, and a short loan spell at Preston North End, the winger managed to break into the starting XI at the Toffees in the 2021/22 campaign. Last season, he played a key role in his side’s survival, scoring four goals in 35 appearances.

Having already lost Richarlison to Tottenham Hotspur this summer, Everton will be unwilling to sell any more of their star players. However, they could be set to face a serious test of their resolve, as Sky Sports claims that Chelsea could pay up to £60m for the Englishman, including add-ons.

It’s been a lively transfer window for the Blues, who are currently the Premier League’s biggest spenders. Despite this, some believe that their frontline is weaker than before, having let go of Romelu Lukaku and Timo Werner. Raheem Sterling has been brought in from Manchester City, and Conor Gallagher and Armando Broja have returned from their loan spells, but it remains to be seen whether they will be enough to fill the gap.

The lack of proven goalscorers at Stamford Bridge has been evident from their opening three matches. They needed a penalty to take three points from Goodison Park, missed several chances in their home draw with Tottenham Hotspur, then drew a blank against Leeds United.

This is where some fans have reservations over the pursuit of Gordon. While talented, the 21-year-old is not a proven finisher – he has found the net on just four occasions on his career.

Chelsea may be better off prioritising their move for Barcelona forward Pierre-Emerick Aubameyang. The Gabon international spent four years in the Premier League with Arsenal, scoring 68 goals and winning one Golden Boot.

Meanwhile, the club are still working on a move for French defender Wesley Fofana, in a deal that could be worth over £80m.