Barcelona vs Manchester City Preview – Prediction, how to watch & line-ups 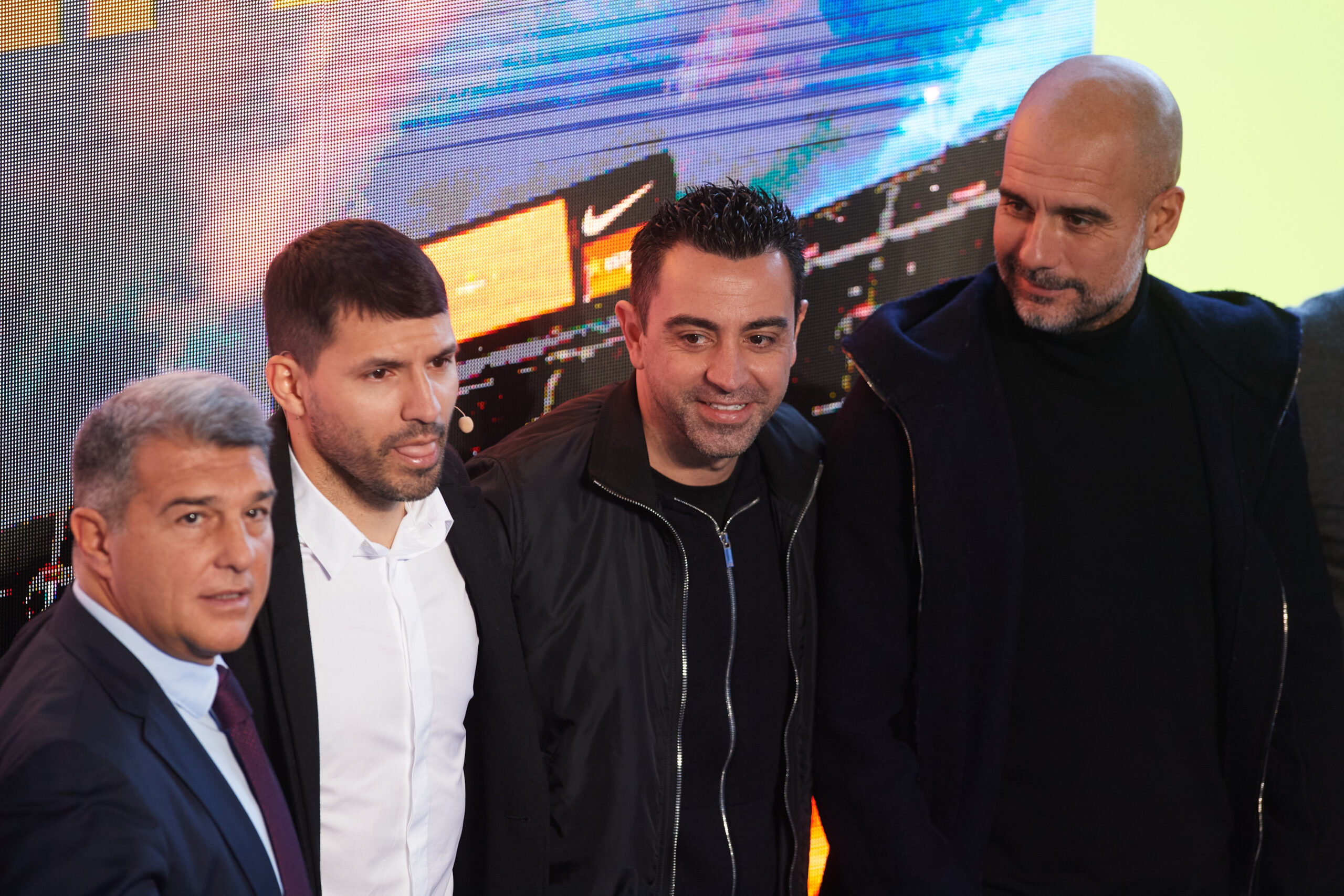 A family reunion at Camp Nou sees Pep Guardiola heading back to Barcelona to take on his beloved club as a Manchester City manager in a mouth-watering mid-season friendly.

Wednesday’s fixture, organised to raise funds for amyotrophic lateral sclerosis research, pits the two sides against each other for the first time since 2016.

It will be an opportunity for both teams to take a break from a ferocious start to the new club season and potentially throw a spectacle for all football fans across the globe.

Xavi Hernandez’s side bounced back to sweep Real Sociedad aside with a 4-1 win at the Anoeta as Robert Lewandowski bagged a brace to open his account for the season.

In addition to the Polish goalscorer, Andreas Christensen was the only summer arrival included in Barca’s starting line-up in the Basque country.

Franck Kessie and Raphinha joined the fray in the second half, with Jules Kounde still unable to play for the Catalans after turning down Chelsea to join the Nou Camp outfit from Sevilla.

Despite struggling to register the French defender’s contract due to their well-documented financial troubles, Barcelona are already vying for more new signings.

According to Marca, the Spaniards have set their sights on Celta Vigo’s Javi Galan as an alternative to their stuttering pursuit of Chelsea’s Marcos Alonso.

After winning their opening two Premier League games of the season, Man City had to come from a two-goal down to hold Newcastle United to a 3-3 draw at the weekend.

Marque signing Erling Haaland returned to the scoresheet after notching up a match-winning double at West Ham United on matchday one as City eked out a hard-earned stalemate at St James’ Park.

If the early season is an indication, Kalvin Phillips could soon regret his decision to turn down several Premier League offers to force his move to the Etihad Stadium.

Guardiola is sticking to the proven options in the form of Rodri and Kevin De Bruyne, with Bernardo Silva and Ilkay Gundogan alternating for the remaining midfield spot in the Spaniard’s 4-3-3 formation.

Phillips has so far been a peripheral figure in Guardiola’s set-up despite joining the club as one of the most highly-rated deep-lying midfielders in the Premier League.

Impressed with Silva’s showings in the opening stage of the season, Man City are reportedly lining up a bumper new deal for the Portuguese ace to extend his stay in Manchester.

As per Sky Sports, the Cityzens are ready to increase Silva’s salary to tie him down to a new contract amid growing talks linking the former Monaco man with Barcelona and now Paris Saint-Germain.

Barcelona vs Man City, alongside all other Blaugrana matches this season, is available to watch live online via Barcelona live streams.

Given the friendly nature of this contest, we expect both sides to try and entertain the crowd by putting their tremendous attacking potential on full display.