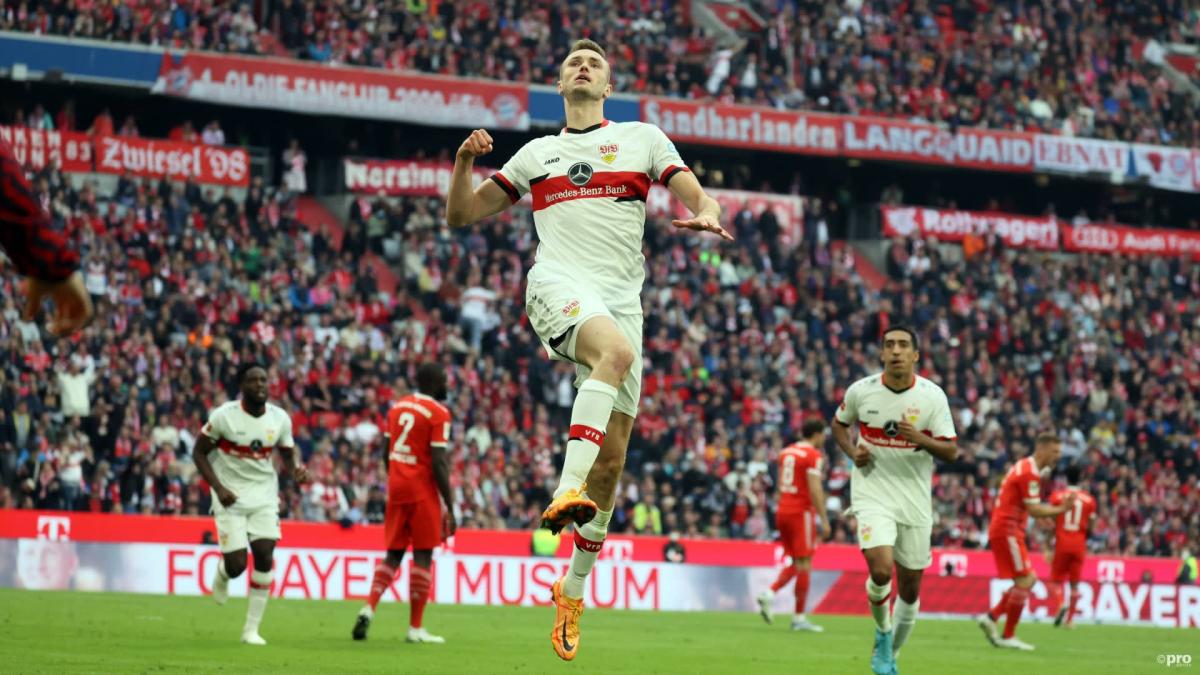 Wolverhampton Wanderers are in advanced negotiations with VFB Stuttgart to sign Sasa Kalajdzic, according to Sky Sport reporter Florian Plettenberg.

Kalajdzic has emerged as a top target for Wolves, but both clubs are yet to reach an agreement on the transfer fee after Stuttgart rejected their first verbal offer.

Both clubs are still some distance apart in terms of valuation as Wolves have indicated they are willing to pay around €18 million for the striker, but the Germans want €25m.

Kalajdzic joined Stuttgart from Austrian club Admira Wacker for around €2m in 2019 and has netted 24 goals and 12 assists in 60 appearances for Die Schwaben.

A shoulder injury kept him out of the first half of last season, but the 6ft 7in tall striker still managed six goals and two assists in 15 Bundesliga appearances.

He also has four goals in 15 appearances for Austria since making his international debut in October 2020 and already has three assists in Stuttgart’s opening three league games this season.

Kalajdzic is highly rated across Europe and was close to joining Bayern Munich after Robert Lewandowski completed his move to Barcelona.

Manchester United were also interested in the 25-year-old earlier in the month, but there have been no formal offers from the Red Devils.

Wolves have now swooped in and are in the driving seat for the player, who has just one year left to run on his current contract.

They are looking to complete the transfer within the week after reaching a verbal agreement with the player.

Stuttgart have also identified Bayern striker Joshua Zirkzee as a possible replacement for the Austrian striker.

Kalajdzic’s height and physicality make him a perfect fit for Bruno Lage’s side, who have missed a focal point in their attack since Raul Jimenez started struggling with injuries.

Wolves have already reinforced their attack with the signing of Goncalo Guedes and are keen on holding on to Pedro Neto, who has emerged as a top target for Arsenal this summer.