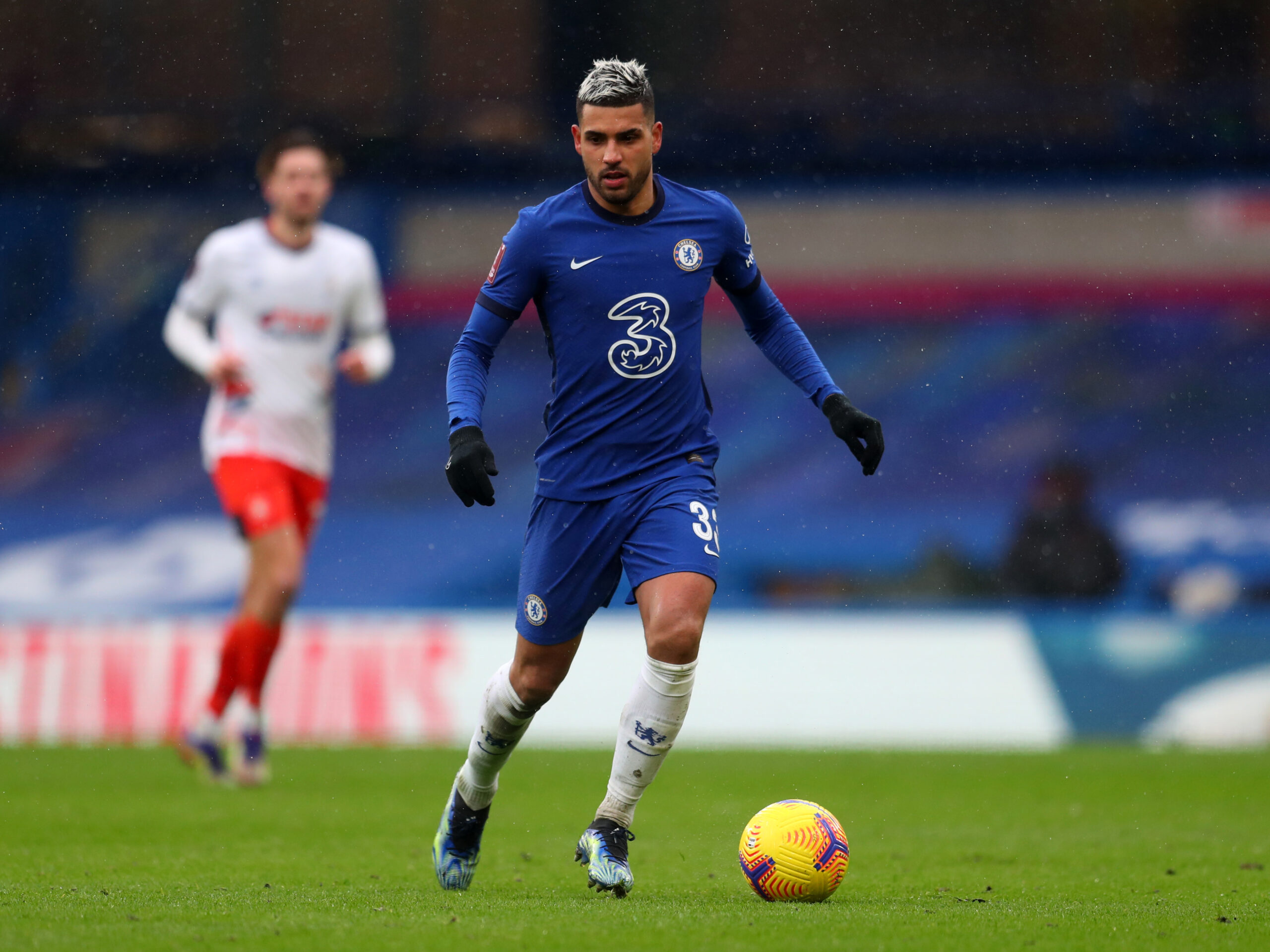 West Ham United are on the cusp of signing Italian full-back Emerson Palmieri from Chelsea, according to Fabrizio Romano.

The 28-year-old will undergo the first part of his medical today and sign a five-year contract with the Hammers after both London clubs reached an agreement over a potential £15 million deal.

Signed by Antonio Conte to provide competition for Marcos Alonso, Palmieri mostly played second fiddle at Chelsea — with his highest appearance tally coming in the 2018-19 campaign when he featured in 27 games for the Blues across all competitions.

Ben Chilwell’s arrival pushed the Italian defender further down the pecking order as he was handed just seven starts in the 2020-21 campaign before moving to Olympique Lyon last season.

Palmieri seamlessly fit into the Ligue 1 side, making 36 appearances across all competitions for Peter Bosz’s men, including seven in the Europa League, where they reached the quarter-finals.

Now back at Chelsea after a successful loan stint, Palmieri has been deemed surplus to requirements following the signing of Brighton & Hove Albion left-back Marc Cucurella.

This put several clubs on high alert as the likes of Nottingham Forest, West Ham and a host of Italian outfits were linked with a permanent move for the out-of-favour Chelsea man.

However, the Hammers are set to beat the competition to the 28-year-old’s signature after agreeing a £12m fee plus an extra £3m in add-ons with Chelsea.

Talks between the player and David Moyes’ camp were reported to have broken down regarding personal terms, but it appears the Italian full-back is now set to sign a five-year deal with the London outfit.

Palmieri will become the seventh signing in what has been a busy transfer window for West Ham, following the arrivals of Nayef Aguerd, Gianluca Scamacca and Thilo Kehrer, to name a few.