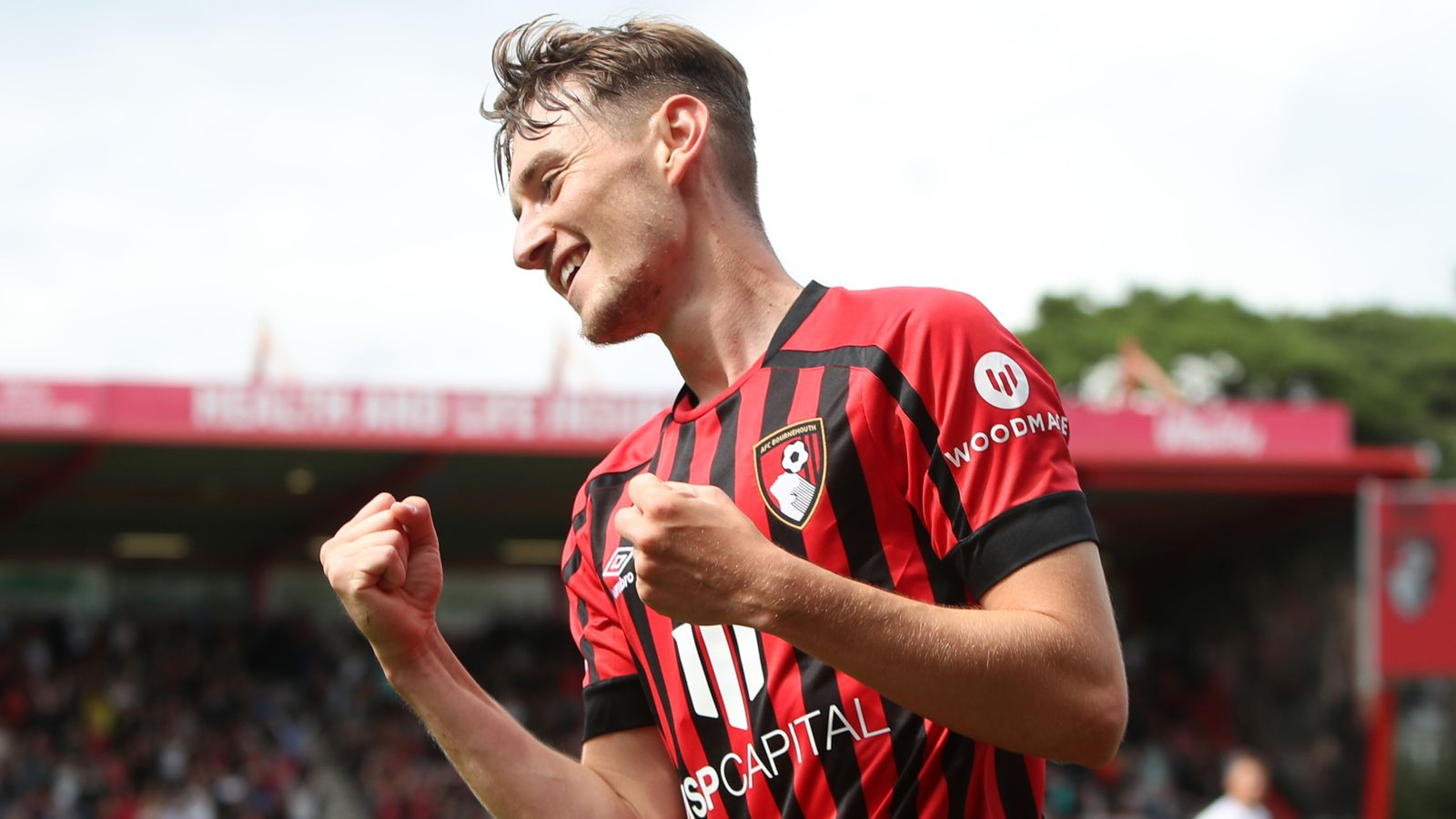 Bournemouth have confirmed via the club’s official website that David Brooks has signed a new four-year deal keeping him at the Vitality Stadium until the summer of 2026.

The midfielder joined Bournemouth from Sheffield United in 2018 and enjoyed an eye-catching debut Premier League season with seven goals and five assists in 30 appearances.

However, an ankle injury that required surgery hampered his development and ruled him out for most of the following season. He was restricted to just nine league appearances but still managed one goal.

Brooks struggled with the recurring ankle injury last season but made 32 appearances for the Cherries, contributing five goals and six assists.

He was then diagnosed with stage 2 Hodgkin lymphoma in October 2021 but received the all-clear at the end of last season.

Brooks has now committed his future to the club after returning to training this summer, having successfully completed his cancer treatment.

Bournemouth Chief Executive Neill Blake told the club website: “We are all aware of what David has been through over the last year, so to have reached this moment is very pleasing for us.

“He still has a huge role to play for the club, so we are delighted he has become the latest key player to commit their future to us.

“He has made incredible progress in his recovery alongside our backroom team, and whenever the time comes, it will give everyone at the club great pride to see him back on the pitch in an A.F.C. Bournemouth shirt.

After signing on the dotted line, Brooks said: “I am so pleased to have signed this deal and am looking forward to the next few years with this great club.

“Of course, the last year has been extremely difficult for myself, my family, and friends, but I am now in a position to resume my career, and getting this deal over the line is the icing on the cake.

“I am working hard alongside the excellent coaching team at A.F.C. Bournemouth and am hoping to be back on the pitch soon. In the meantime, I will be supporting the lads every step of the way.”

The 25-year-old is the latest player in Scott Parker’s squad to commit to the club after Mark Travers, Dom Solanke, Lewis Cook and Adam Smith.