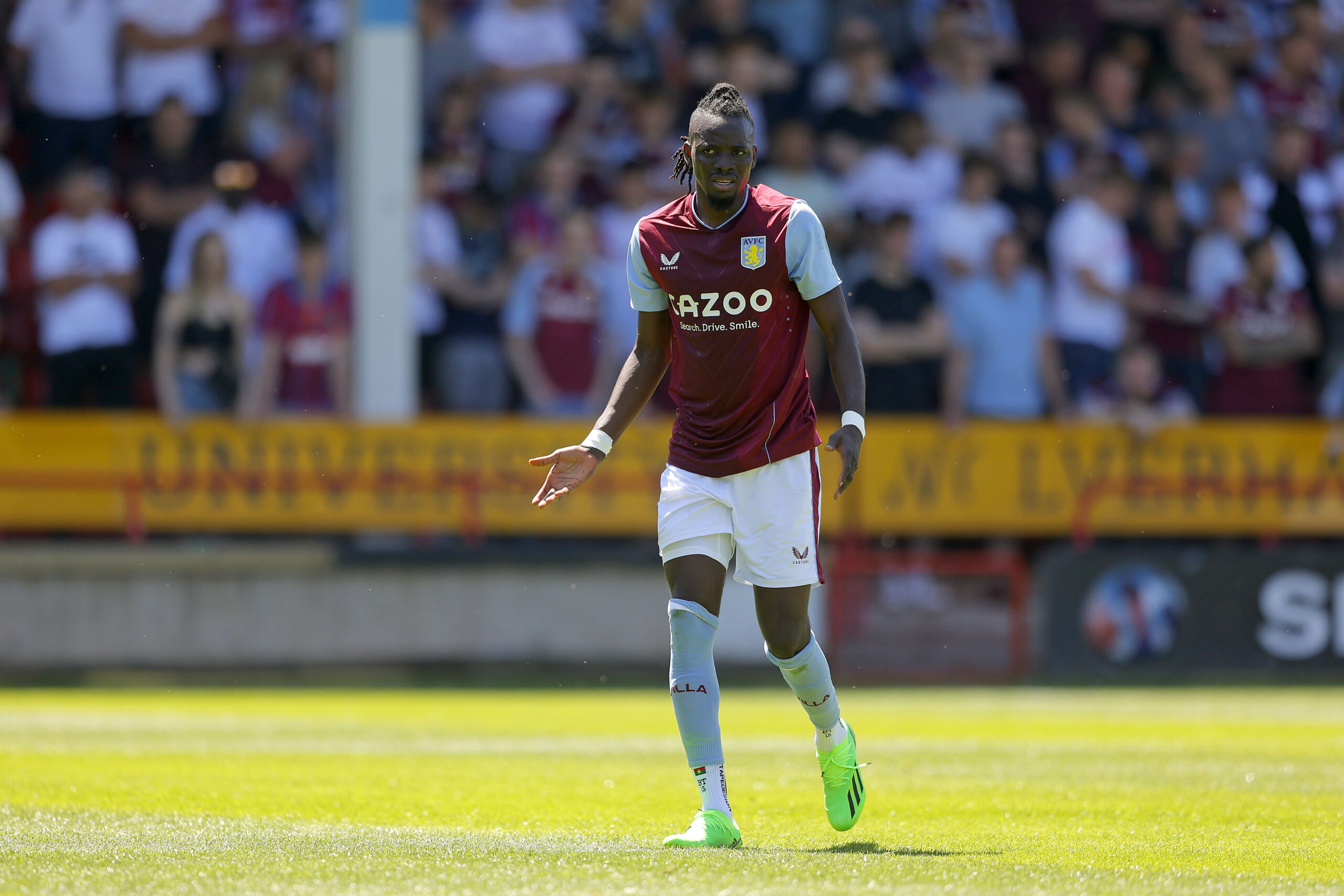 Aston Villa have confirmed via the club’s official website that Bertrand Traore has joined Turkish side Istanbul Basaksehir FK on a season-long loan.

The forward joined Villa from Olympique Lyon for around €20 million in September 2020 and produced eight goals and seven assists in 38 appearances in all competitions in his maiden campaign.

However, recurring thigh injuries limited him to just nine Premier League appearances for the Villans last season, although he represented Burkina Faso at the Africa Cup of Nations.

The 26-year-old also attracted interest from Galatasaray and Besiktas, but Basaksehir have won the race for his services as they can offer him a chance to play in Europe, having qualified for the Europa Conference League.

Traore began his career with AJ Auxerre in France before joining Chelsea’s youth team set-up in 2013.

He struggled to establish himself in the first team after being promoted in 2014 and managed only four goals and an assist in 16 appearances for the Blues.

He had loan spells at SBV Vitesse Arnhem and Ajax before joining Lyon on a permanent move in 2017.

Traore has struggled with injury problems for most of his career but has been a stalwart for Burkina Faso, having scored 13 times in 66 appearances for the Stallions since making his debut in September 2011.

Steven Gerrard has continued to reshape his Villa squad as he looks to improve on their 14th place finish in the Premier League last season.

However, despite bringing in three new outfield players, his side have struggled to put down a marker this season, recording just one win in their opening three games.

Villa are looking to bring in more recruits and have agreed a transfer fee with Watford to sign Senegalese winger Ismaila Sarr.

However, the deal is reportedly in danger of collapsing as both sides have failed to agree on the structure of the deal.

The Villans are also yet to agree on personal terms with the player, and Crystal Palace, Leeds United and Newcastle United are ready to pounce if the move falls through.