This Week in Football: Bodø/Glimt put half a foot in the Champions League, NYCFC suffer three consecutive losses & more 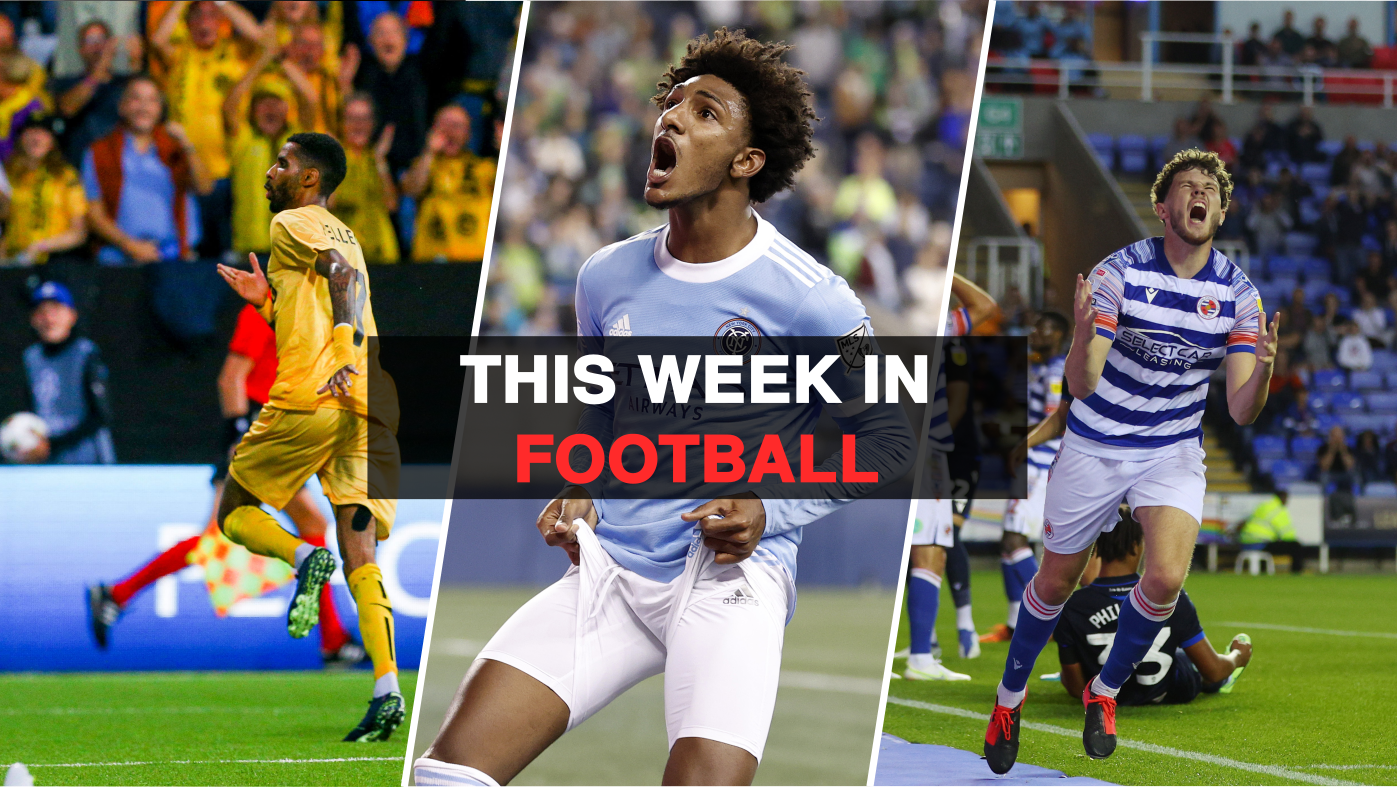 We were treated to another midweek packed with football, as the qualifiers for this season’s UEFA competitions entered their final round and a few leagues had midweek matchdays. That is what we have on the agenda in this edition of This Week in Football:

The fairytale of Bodø/Glimt is continuing as they are reaching new highs this season. After their unbelievable UEFA Europa Conference League campaign in 2021/22 when they got as far as the quarter-finals before losing to eventual winners Roma, the defending Norwegian champions are now just a step away from qualifying for the Champions League for the first time in their history.

Playing in front of a packed Aspmyra Stadion, the hosts started off very brightly and were eventually rewarded in the 34th minute, when Amahl Pellegrino, the club’s top-scorer this season, headed home Joel Mvuka’s cross. They continued to impress thereafter and comfortably outshot Dinamo Zagreb, but despite a flurry of late chances at both ends, there were no more goals.

Glimt will certainly take this win even though they know they could have amassed a greater aggregate lead, so the job is far from done. Dinamo are unbeaten at home in all of 2022 and have drawn just two matches at the Stadion Maksimir, so the Croatian champions will fancy their chances going into the second leg next week.

New York City FC’s first-ever MLS title defence is not exactly going to plan, as they suffered their third-straight defeat in the league on Wednesday night against Charlotte FC. The last time they lost three league matches on the spin was on either side of the COVID-induced shutdown in 2020 in the early stages of Ronny Deila’s tenure.

The Norwegian manager left for Standard Liège midway through this season, and his successor Nick Cushing has not quite been as successful so far. NYCFC have gone from topping the Supporters’ Shield standings to slumping to third in the Eastern Conference. Their underlying numbers have clearly taken a hit too, as their xG has taken a hit after mid-June.

Cushing has stuck to the 4-2-3-1 formation that Deila used and has not changed much tactically either, but the one big difference in the last few weeks has been the departure of top-scorer Valentin Castellanos to Girona.

After that, NYCFC have not won a single match, although the issue has not been a lack of goals — they have netted five times in four matches. The trouble is at the other end, where they have conceded nine goals in the same period of time.

With a nine-point buffer to the final play-off spot, NYCFC should not have any issues in qualifying for the MLS Cup, but they will probably miss out on the first-round bye given to teams finishing first in their Conference since they are trailing the Philadelphia Union by six points.

Over in England, there was a round of midweek Championship fixtures, which included a visit to Reading for early league-leaders Blackburn Rovers, who were the only side with a 100% record after three matchdays.

The home side finished just above the relegation zone last season and lost by a four-goal margin against newly-promoted Rotherham United, so Blackburn were expected to preserve their perfect start to the season in this match.

That was not to be and Reading rather blew them out of the water. The hosts looked especially dangerous in set-piece situations early on, opening the scoring after a corner in the 14th minute. Despite keeping 65% of possession, Blackburn struggled to pose a real goal threat, so the match was put to bed by goals from Junior Hoilett and Lucas João in the second half.

Despite this loss, Blackburn remain first with nine points ahead of Hull City and Watford on eight points, but this result will certainly have some impact on the confidence among the players.

There were lots of big teams playing in the final round of the Europa Conference League qualifiers including five sides from the top-five leagues — West Ham United, Villarreal, Fiorentina, Nice and FC Köln. Naturally, therefore, our focus turns to North Macedonia, where reigning champions Shkupi faced Kosovar side Ballkani.

History is set to be made at the end of this tie, as neither side has ever reached the group stage of a continental competition in their respective histories. Ballkani have the upper hand after their comeback victory in the first leg, and they will hope to get the job done in front of their home supporters next week.

It would be quite an occasion if they did. Ballkani, founded way back in 1945, only won their first-ever major trophy last season as they finished first in the league. They did so just four years after being promoted to the Kosovar top-flight, with the country only being admitted to FIFA and UEFA as recently as 2016. Unsurprisingly, they have the chance to be the first club representing Kosovo at the European stage should they preserve to their aggregate lead next week.

This has been said many times, but the Europa Conference League really is a gift that keeps giving.