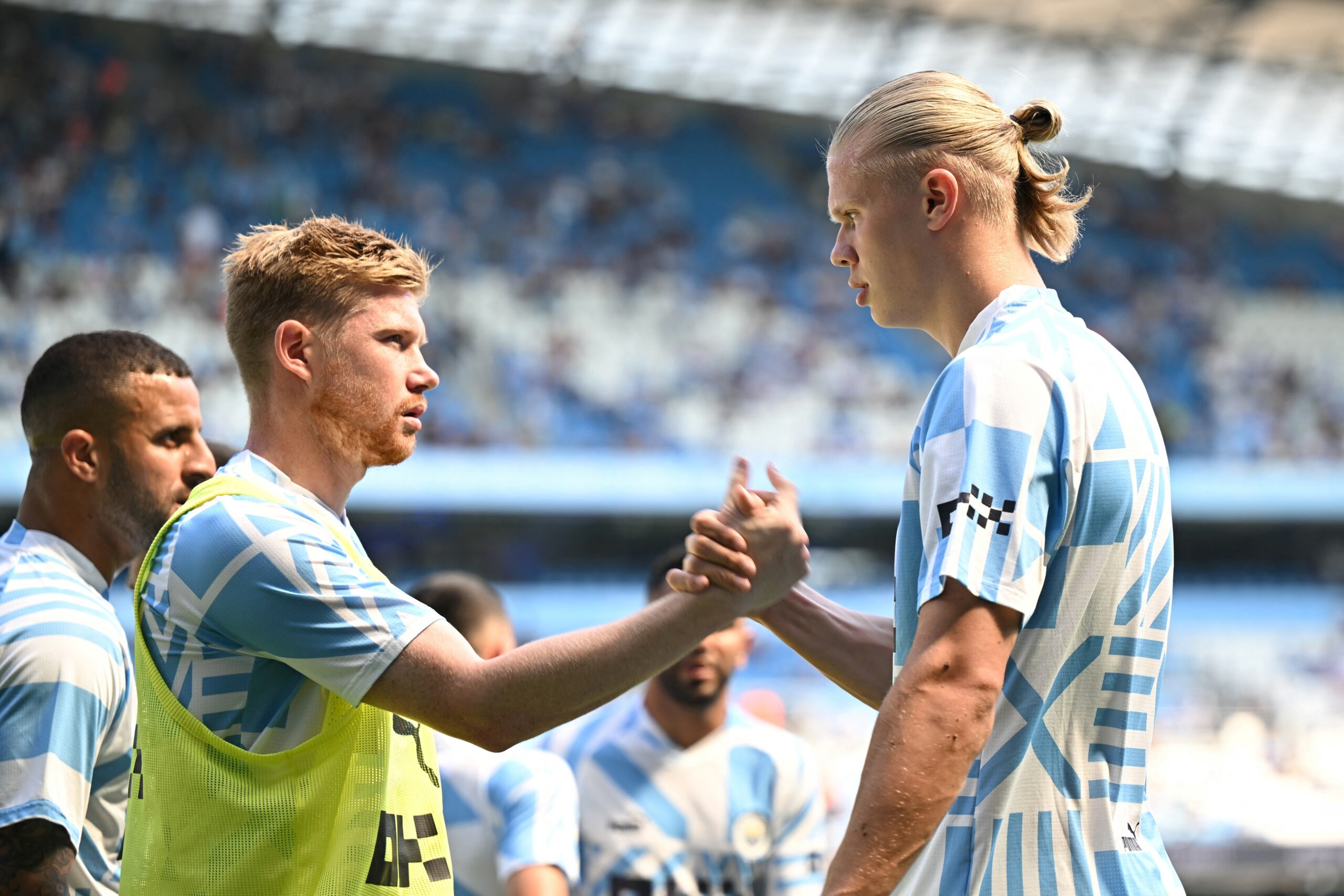 The two wealthiest clubs in the Premier League are set to trade tackles on Sunday, with Newcastle United welcoming Manchester City to St James’ Park.

Despite being purchased by the richest club owners in world football, the Magpies have refused to pursue big-name signings in the summer transfer window.

Except for highly-rated Dutch defender Sven Botman, manager Eddie Howe has focused on acquiring domestic talent in the shape of Nick Pope and Matt Targett.

The 30-year-old has, in fact, kept a clean sheet in both Premier League appearances for the Tyneside outfit this term, with Howe’s side defeating newly-promoted Nottingham Forest 2-0 in a curtain-raising fixture.

However, Pope will have to be at his best if he is to maintain his stellar start at St James Park as the high-flying Cityzens arrive in town.

One of the most expensive Man City signings, Erling Haaland, was on the scoresheet twice as the reigning English champs cruised to a 2-0 win at West Ham United on his Premier League debut.

He was surprisingly quiet on his first appearance at the Etihad Stadium last time out, failing to find the net despite his side’s overwhelming 4-0 victory over Bournemouth.

Newcastle’s bid to maintain their unbeaten start to the new Premier League campaign faces a formidable task as they’ve won just one of their last 29 league clashes against Man City (D4, L24).

The Magpies head into proceedings looking for revenge after losing five consecutive top-flight H2Hs and conceding at least four goals in the last three.

Howe himself is on a mission here after losing each of his 12 managerial fixtures against the Cityzens in the Premier League en route to setting an unwanted record in the competition.

Unbeaten in their last 19 Premier League outings outside the Etihad, Man City are looking to whittle down the gap on Manchester United’s outright record of 29 undefeated top-flight games on the road.

With Haaland hungry for goals, the Cityzens are confident of extending their eye-catching run of 27 Premier League meetings with Newcastle in which they’ve found the back of the net.

Newcastle vs Man City, alongside all other fixtures in England’s top flight, is available to watch online via Premier League live streams.

Howe has turned Newcastle into legitimate top-half candidates, but they should have no business troubling leading title favourites Man City in this one.

We back Guardiola’s rampant side to add to their six-goal tally this season and maintain a 100% start to their title defence.