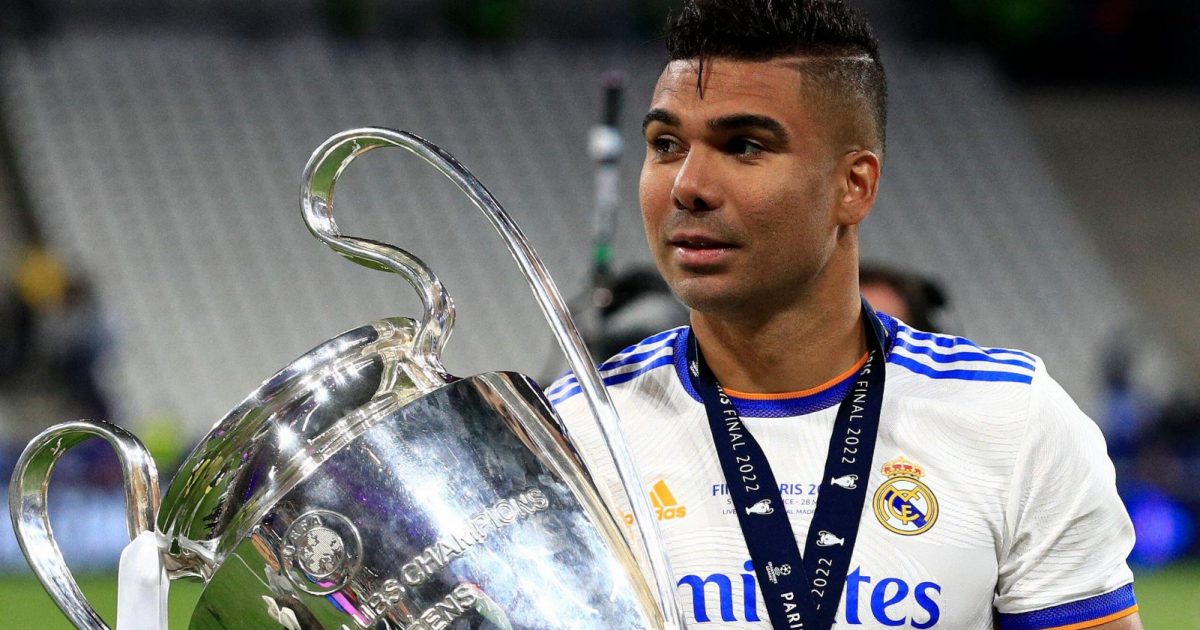 Manchester United have confirmed via the club’s website that they have reached an agreement in principle with Real Madrid for the transfer of Casemiro.

The transfer is now subject to the agreement of personal terms, United Kingdom visa requirements and a medical examination.

The Red Devils will pay an initial £60 million fee plus a further £10m in add-ons, and Casemiro will sign a four-year contract with the option of a further 12 months.

United’s interest in the Madrid legend only developed in recent weeks, but they have moved swiftly to snap him up.

The Brazilian will join former Madrid teammates Cristiano Ronaldo and Raphael Varane at Old Trafford as Erik ten Hag plots to turn his side’s fortunes around.

But the move will not be completed in time for the 30-year-old to be available for Monday night’s home game against Liverpool.

United have struggled in their transfer business this summer and were linked with surprising deals for Marko Arnautovic and Adrien Rabiot.

But they seem to have come alive in recent weeks, and United fans have been given a glimmer of hope with the acquisition of Casemiro, who will no doubt improve the squad.

Casemiro is now in his 30s, but he is still one of the best defensive midfielders in the world.

He fits the profile that the Red Devils have missed over the years, especially after the departure of Nemanja Matic at the end of last season.

The usual pairing of Scott McTominay and Fred in midfield has proven to be unreliable and has already been exploited by Brighton & Hove Albion and Brentford this season.

However, Casemiro will provide much-needed cover for United’s defence as well as allow the forward players the freedom to attack.

His experience, confidence and serial winning mentality will be massive for Ten Hag’s side, who looked flustered and lacked cohesion in their opening two games.

Casemiro has played over 500 professional games, including 63 appearances for Brazil. He has won over 17 major trophies in his illustrious career, including five Champions League titles and the Copa America.

Madrid will not push to sign a replacement for the Brazilian this summer, having already signed Aurelien Tchouameni from AS Monaco earlier in this transfer window.

Casemiro will be United’s fourth summer signing and they remain in negotiations with Ajax as they look to make Antony the fifth.