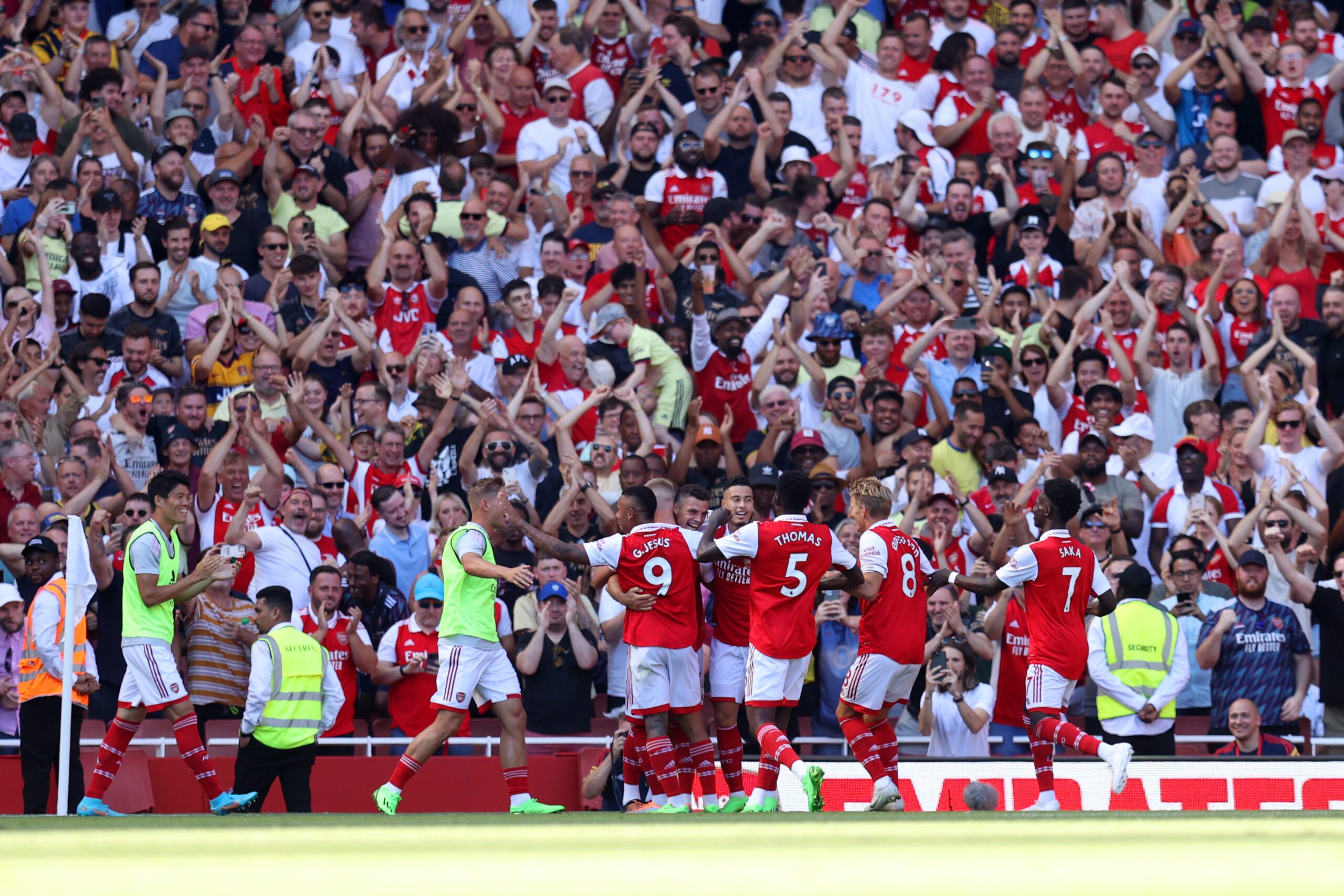 Arsenal have enjoyed a promising start to the Premier League campaign, and former Chelsea Women’s star and England international Karen Carney believes it is no accident but rather a reward for planning and patience.

They had a riveting pre-season campaign, running through whatever stood in their path, including their city rivals Chelsea, and they have not looked back since.

They look like a team that has moved past the disappointment of missing out on Champions League football last season, after beating Crystal Palace 2-0 on opening day and followed up with the 4-2 win over Leicester City at the Emirates Stadium.

The Gunners fans have been in a frenzy since they got to see their new stars in action in pre-season.

Gabriel Jesus has been the highlight for Mikel Arteta’s side, and his home debut goal and overall performance could give you an idea why.

The Brazilian arrived from Manchester City in search of regular minutes, knowing fully well what he is capable of.

While there have been opinions on where his favourite position is, his two goals and two assists on his home debut have put those conversations to bed.

The Gunners have also brought in Oleksandr Zinchenko, and William Saliba has returned from his excellent loan spell in France.

Matt Turner has also come in to provide cover for the impressive Aaron Ramsdale, and while we are yet to see Fabio Vieira in action, his reputation from Portugal speaks volumes.

Arteta has worked hard to improve his squad this season, but the nagging question still remains – are they good enough to push for a top-four berth?

‘It was just Leicester and Palace’ is the narrative rival fans are pushing to downplay the Gunners’ bright start to the season.

However, the mighty Liverpool is evidence that there are no easy games in the Premier League as they are yet to record a win this season despite facing ‘just Fulham and Palace’ so far.

While Arsenal fans should not be carried away by maximum points against lesser teams, they can be excited at their team’s promising performances over those two games.

Their pattern of play and fluidity in attacking transitions is something they worked on in the pre-season, and they have carried it into the start of the season.

Those victories have laid the foundation for a great start to the campaign. The Gunners will see out the month with winnable games against Bournemouth, Fulham and Aston Villa.

If they can secure maximum points in these games, it would build their momentum and see them brim with confidence before their first stern test against the flailing Manchester United next month.

The acquisition of Jesus and Zinchenko from the serial league winners could be monumental to Arteta’s top-four push this season.

Both players know what it’s like to win consistently, and they have worked with the Spaniard during his time at the Etihad Stadium.

His style is somewhat different from that of his mentor Pep Guardiola, but they are cut from the same cloth, and the seamless transition the former City duo have enjoyed proves they can take Arteta’s side to the next level.

Arsenal sometimes showed last season that they had what it takes to be regarded as a top-four side.

But they could not find the consistency required and fell off close to the finish line as Arteta was undone by a lack of quality, maturity and squad depth.

This summer, the Spaniard has had ample time to handpick his players and do away with the mediocrity that held them back, and so far, his signings have proven him right.

Arteta may have the youngest squad in the Premier League, with the average age of the Gunners at 25.2 years this season, but they are no strangers to the League.

They were punished for their sometimes timid and lackadaisical performances last season as they finished fifth.

It was a bitter pill to swallow, but it could be a blessing in disguise as they now know to avoid complacency if they want a place in the top four, and the acquisition of Jesus and Zinchenko may prove to be a slam dunk.

There will be areas where Arteta will be telling his players they need to be better, but momentum is all-important, and building confidence is key to this group succeeding.

So the answer is yes – the Gunners can secure a top-four berth, but while they have enjoyed a great start to the season, there is still a long way to go and a lot to be done.

They may not have a problem picking up maximum points, but they would need to do better against the teams that finished above them last season.

They picked up just six points from their eight matches against City, Liverpool, Chelsea and Tottenham Hotspur, which means they are way behind the teams they aspire to beat.

The Gunners have not had a taste of the coveted Champions League football since the 2015/16 season, and Arsenal need to aim to finish in the top four this term.

They have had a good transfer window, but it is going to be a long season, especially with Europa League football.

Arteta needs to bank on his squad depth and hope key players can stay fit, but their intent and performances have shown they have what it takes to mount a challenge for the top four this season.

If they can get a trophy along the way, that would be a bonus.

Arteta has received the time required to shape his squad over two and a half years. Everyone wants a quick fix in football, but sometimes changing a club’s strategy takes time, and Arsenal could be about to reap the rewards.

While their fast start may be a result of their patience and planning, Arteta would need to hammer the need for intensity and consistency on his young squad as they charge for a place amongst Europe’s elite.