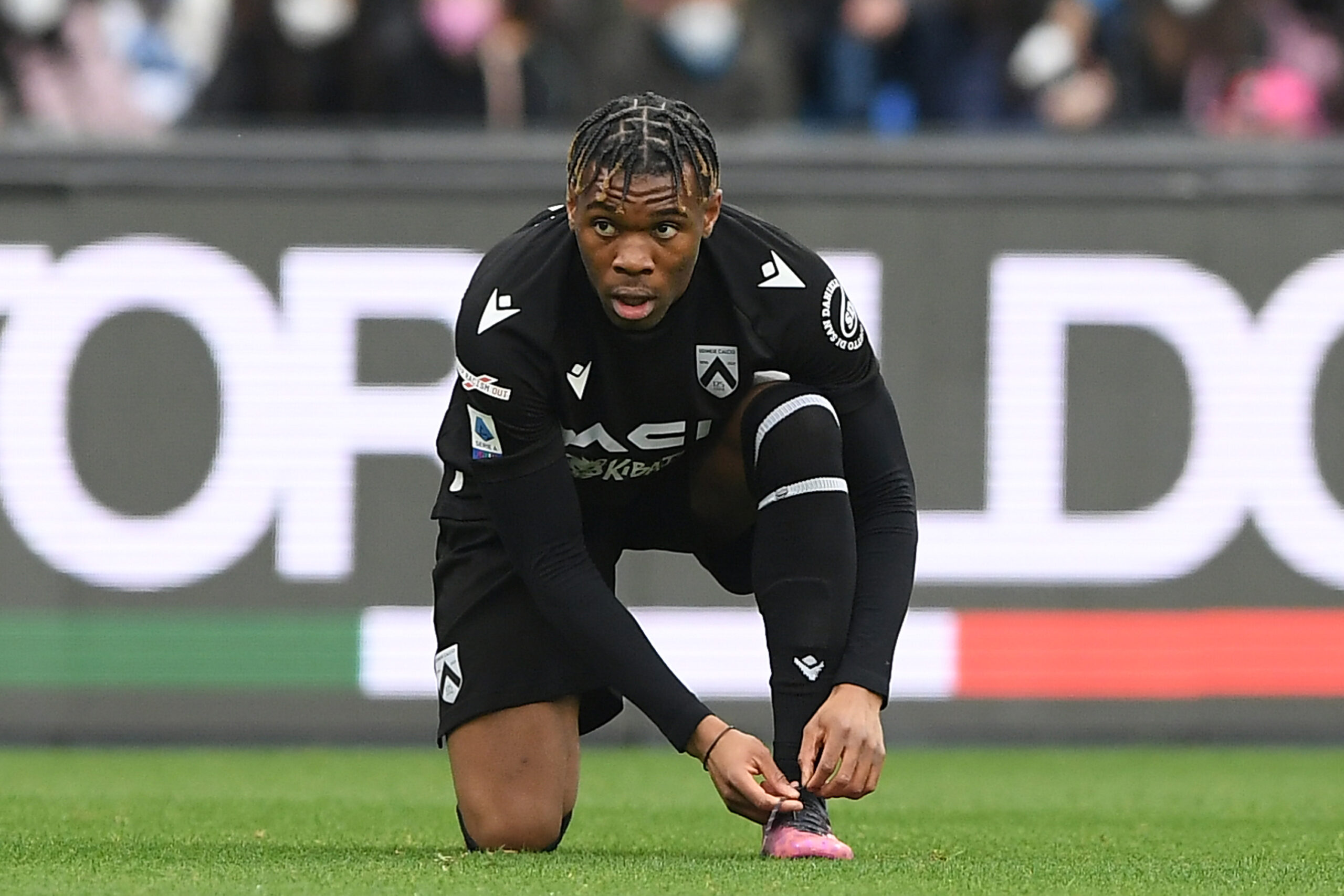 Tottenham Hotspur have confirmed the signing of Udinese teenager Destiny Udogie on a five-year deal.

An agreement worth around €20 million was reached a week earlier and it has now been made official.

The Italian full-back will return to Udinese to spend the rest of the season on loan. He will join the north Londoners next summer.

The 19-year-old looks a promising addition following his breakthrough campaign in Serie A last term, netting five goals and four assists in 35 appearances for Udinese.

Udogie also spoke about his transfer to Tottenham, stating that he is excited to work under Antonio Conte.

“I am convinced that with Mr Conte I will be able to grow further. For now, however, it is also important to return on loan to Udinese, I want to have a good season.”

It also could be Spurs’ last piece of incoming business in the transfer window as they have strengthened their squad on all fronts.

The Lilywhites are currently working on trimming the squad size, having already sanctioned the departures of Joe Rodon and Giovani Lo Celso, with the latter returning to Villarreal on loan.

Tanguy Ndombele is expected to be the next departure, with Serie A outfit Napoli reportedly agreeing a loan move for the French outcast.

Conte’s men are off to a great start to the new Premier League season, picking up a thumping win against Southampton, followed by a thrilling 2-2 draw against Chelsea.