Domenico Berardi extends his contract with Sassuolo until 2027 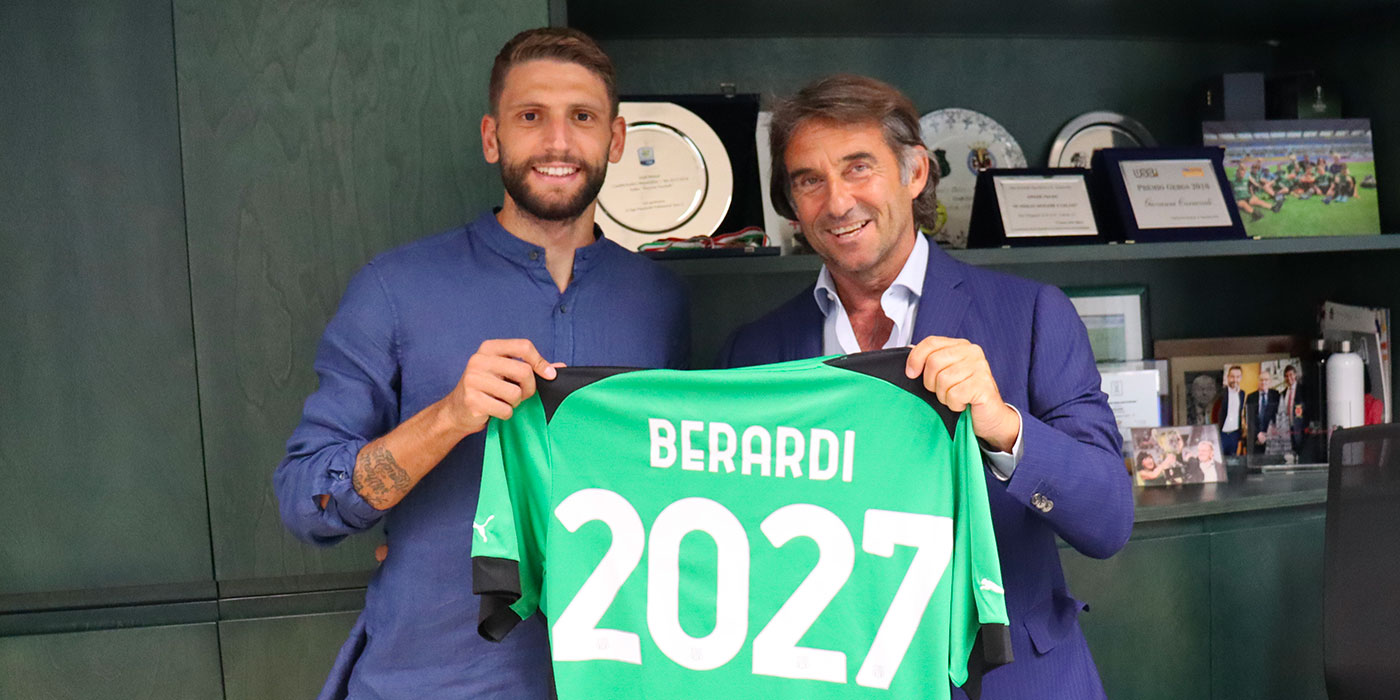 Sassuolo forward Domenico Berardi has extended his contract with the club until 2027, the club has announced on their official website.

His deal was due to expire in 2024, but the Italian international will continue his journey with the Neroverdi for another five years.

The Sassuolo icon has decided to stay at the club despite interest from bigger clubs. And there have been offers for Berardi.

Sassuolo CEO Giovanni Carnevali, speaking after the club’s 3-0 loss to Juventus on Sunday, said (via Milan News): “For us, he is the most important player we have, it’s not true that it was a quiet summer, there have been offers.

“Our will is to renew the contract. We hope to close the negotiation. For us, he is a great acquisition. We have been asked for him both in Italy and abroad.”

Juventus, Napoli, AC Milan, Inter Milan, Fiorentina, AS Roma and Napoli have all made moves to sign Berardi, but none of them have met Sassuolo’s €40 million asking price.

Berardi spent his entire career at Sassuolo after emerging from the club’s academy in 2012. He was part of the Sassuolo side that achieved the club’s first-ever promotion to the top flight in 2013.

At one point, Juventus and Sassuolo held co-ownership of Berardi, but the player refused to move to the Turin club.

The 28-year-old has since made 324 competitive appearances for Sassuolo, scoring 121 goals and assisting 84 more. Over 100 of those goals came in Serie A. He is the club’s all-time top scorer and captain.

Berardi has also become a regular for the Italian national team. He made his debut under Roberto Mancini in 2018.

He has been capped 24 times by Italy, scoring six goals and assisting two. He was part of the Italy squad that won the 2021 European Championship.

Berardi will hope he can help Sassuolo to a better result than their Serie A opening day loss to Juventus. They welcome newcomers Lecce this Saturday.