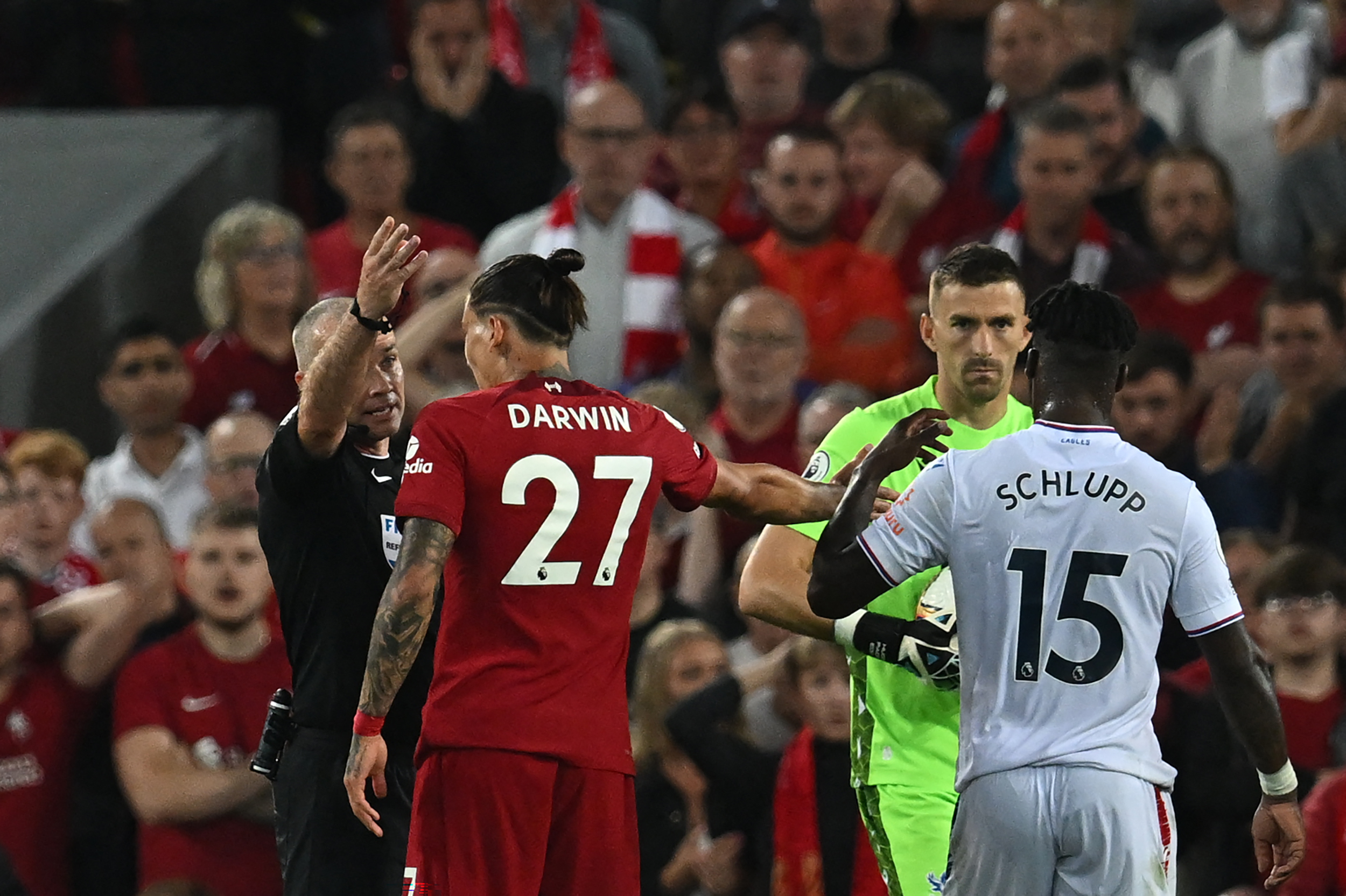 Liverpool will be without newly-signed striker Darwin Nunez for their next three Premier League games after the £80 million man picked up a red card in the 1-1 draw against Crystal Palace on Monday.

In his first start for the Reds since his summer move from Benfica, the 23-year-old was shown a straight red card for violently thrusting his head into Joachim Andersen’s face shortly before the hour mark.

Liverpool head coach Jurgen Klopp revealed he will speak to Nunez about self-control and adapting to such treatment in the Premier League after claiming the Uruguayan forward was provoked into his actions.

“I’ve seen it back – of course it’s a red card,” said Klopp in his post-match interview via the Telegraph.

“In the game, I could not see anything, Andersen on the floor and Darwin walking away. Then I saw it, yes it was a red card – wrong reaction.

“He was provoked all the time but, of course, that is not how you should behave. He knows that now himself. I will talk to him – it makes no sense for me to talk too much about it now in public.

“When you see it, it’s absolutely not the reaction you want to see. The challenge from the centre-halves in the Premier League will do that to him. They want to have him, he’s a handful and that’s not a reaction.”

Nunez became the first Liverpool player to receive a red card for violent conduct under Klopp’s regime at Anfield.

The 23-year-old will be absent from Liverpool’s injury-hit squad for their next three league outings against Manchester United, Bournemouth and Newcastle United.

The Reds have endured a torrid start to the new campaign, picking up just two points from the first six available after playing out draws against Fulham and Crystal Palace.

While it is still early days, Liverpool currently sit 12th in the league standings, four points adrift of reigning champions Manchester City who are firing on all cylinders.