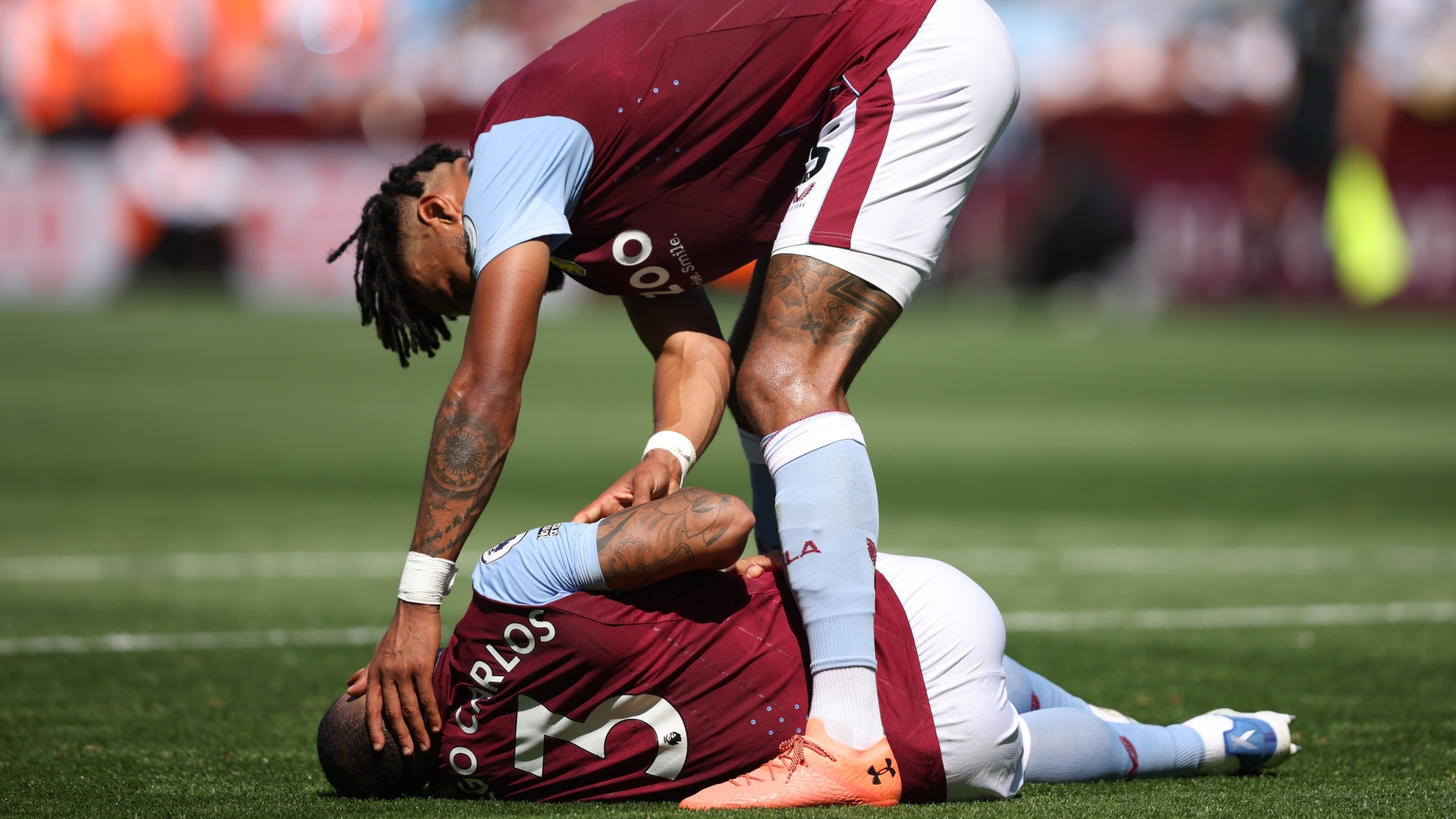 Aston Villa have confirmed via the club’s official website that Diego Carlos has ruptured his Achilles’ tendon and will now require surgery.

It is unclear how long the 29-year-old will be sidelined, but news of his injury has dampened the mood at Villa after they claimed all three points against Everton.

Carlos started only his second Premier League game on Saturday against Frank Lampard’s side after his £26 million move from Sevilla.

However, he was forced off in stoppage time with an ankle injury before being replaced by Calum Chambers.

Chambers proved an excellent replacement as his last-ditch tackle denied Everton’s new boy Amadou Onana a debut goal and an equaliser with only seconds of the match remaining.

The statement from the club said: “Aston Villa can confirm Diego Carlos has ruptured his Achilles’ tendon.

“The player sustained the injury during Saturday’s 2-1 victory over Everton. The player will require surgery and will then begin his rehabilitation programme.”

Villa held on to win the match 2-1 thanks to goals from Danny Ings and second-half substitute Emiliano Buendia.

Everton had restored hopes of a comeback moments after Villa’s second goal when Lucas Digne turned Onana’s low cross into his own net, but the home side held on to register their first win of the season.

Gerrard could now turn to the transfer market in search of a new centre-back to cover for the injured Brazilian.

The former Rangers boss also saw Philippe Coutinho and Matty Cash hauled off due to injuries during the game.

While Carlos could be sidelined for several months, it remains to be seen if Coutinho and Cash will be available when the Villans travel to Selhurst Park to take on Crystal Palace on Saturday.