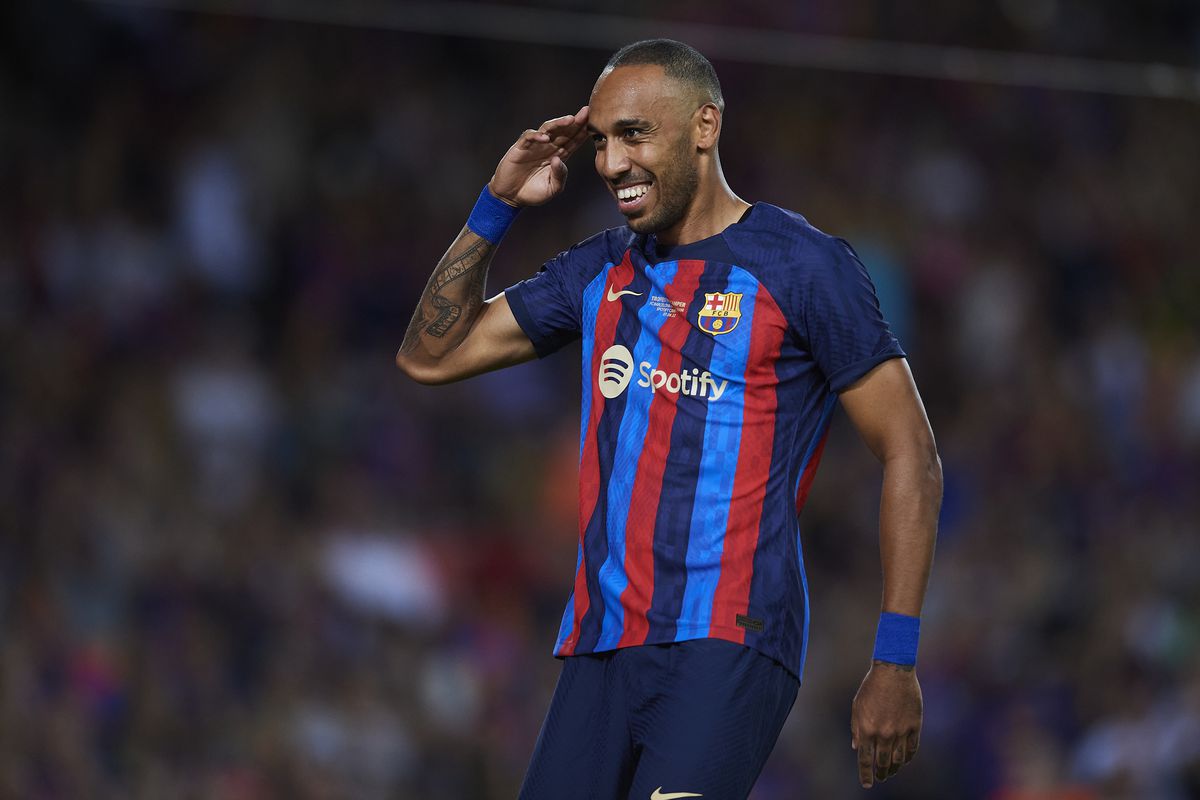 Barcelona have set their asking price for the Chelsea-linked Pierre-Emerick Aubameyang at around €30 million, according to transfer expert Fabrizio Romano.

Per the report, Barcelona made this known to Chelsea during the weekend as the clubs remain in negotiation over a potential deal for Aubameyang.

While Chelsea are not currently prepared to meet Barcelona’s valuation of the Gabon international, they are set for another fresh round of talks with their Spanish counterparts this week.

Current Blues’ left-back Marcos Alonso is set to join Barcelona and could be used as a makeweight as Tuchel continues to push for Aubameyang despite Xavi’s insistence on keeping hold of the ex-Borussia Dortmund man.

“I’m counting on him [Aubameyang] – those I don’t count on already know that they’re not going to play,” the Barcelona head coach said in his pre-match press conference for the Rayo Vallecano game.

“A lot of things can happen, but I’m happy with Aubameyang.”

It would be no surprise if Aubameyang ended up leaving Barcelona this summer as the Catalans seek to generate more income to aid with the registration of Jules Kounde, who was ineligible to feature in his side’s season-opener on Saturday.

The La Liga giants have already activated four economic levers to aid with their summer business so far and it is highly unlikely that they would be willing to do it for the fifth time, hence the need for outgoings.

Frenkie de Jong has been linked with a move to Manchester United but the midfielder – Barcelona’s highest earner at the moment – has remained firm on his desire to stay at Camp Nou.

That could change in the final weeks of the transfer window with Chelsea now firmly in the hunt for his signature.

In the meantime, the Blues are prioritising a move for Aubameyang and it remains to be seen whether they will be able to reach an agreement with Barcelona before the end of the transfer window.