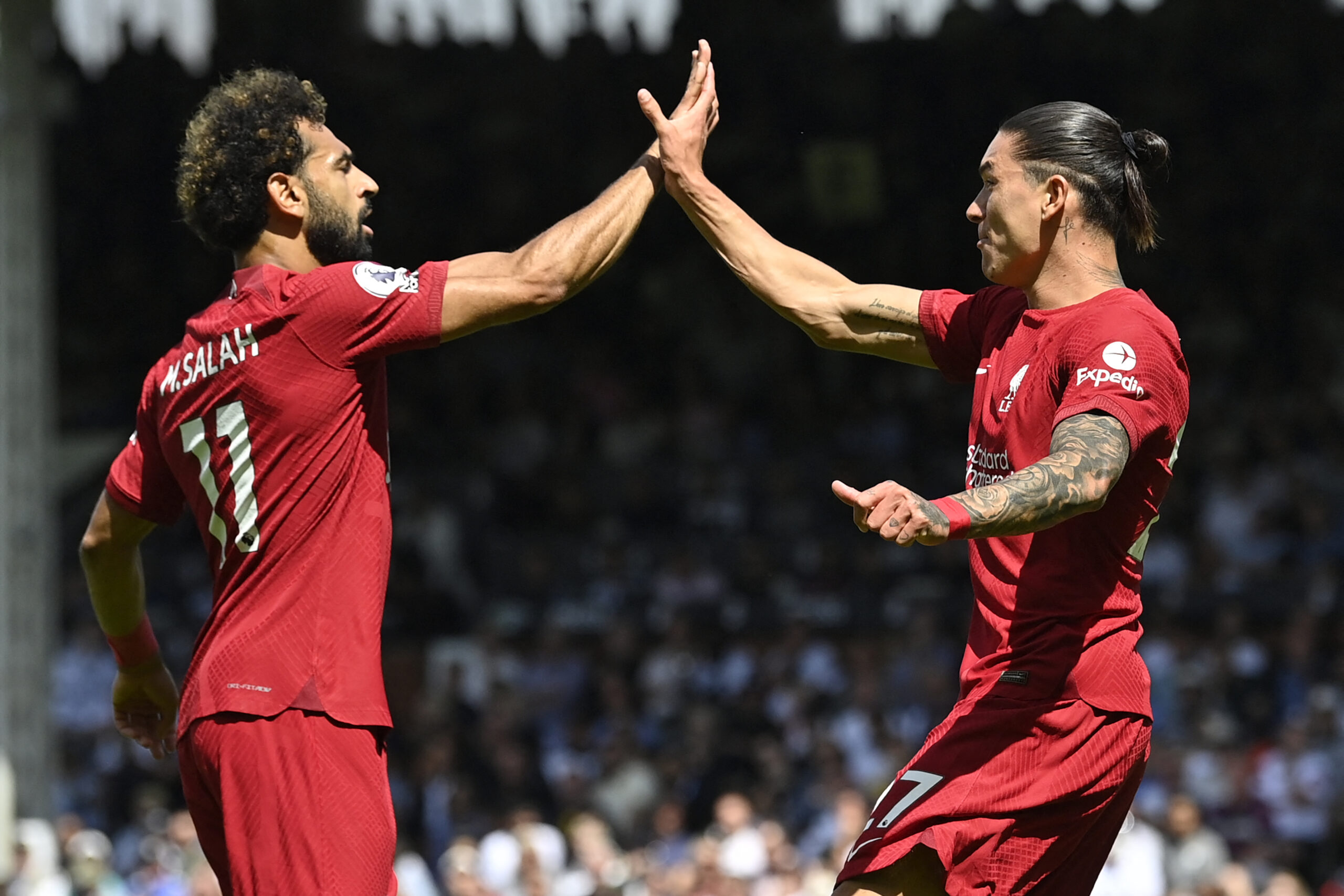 Jurgen Klopp’s side had to hit back twice to salvage a 2-2 draw at newly-promoted Fulham last time out as Darwin Nunez opened his account on the Premier League debut.

Brought in for around £64m from Benfica, the prodigious Uruguayan forward is keen to prove Liverpool wouldn’t have made a mistake even if they made him one of the most expensive Premier League signings.

While the Reds’ league start was far from ideal, they can still draw confidence from a 3-1 thumping of fierce rivals Manchester City in a curtain-raising Community Shield fixture earlier in July.

The road to redemption starts in front of the Anfield Kop against an out-of-sorts Palace side that suffered a 2-0 home defeat to high-flying Arsenal on the opening weekend.

Patrick Vieira’s men belong to a group of five sides to have failed to get on the scoresheet on matchday one, though they cannot be accused of a lack of trying.

Wilfried Zaha and his teammates attempted ten shots on goal against the Gunners without scoring and will hope to turn their fortunes around on Merseyside.

However, based on the recent results in this fixture, Liverpool must be bracing themselves for another walk in the park.

Since a 2-1 downing in April 2017, Liverpool have won ten successive Premier League matches against Palace, netting a staggering 30 goals in the process.

Additionally, the Reds have won nine of their 13 Premier League home games against the London visitors (D1, L3), including the last five on the bounce via an aggregate score of 14-3.

All eyes will be on Mohamed Salah, who enjoys playing against Palace. In his ten top-flight appearances against the Eagles, the Egyptian superstar has tallied seven goals and four assists.

Following the abovementioned reverse at the hands of Arsenal, Palace face the risk of losing both opening Premier League outings for the first time since 2017/18.

Vieira’s men will need a miracle to prevent that from happening after conceding at least two goals in their last nine meetings with a free-scoring Liverpool.

The French manager will put his trust in the hands of Odsonne Edouard, whose last Premier League goal came against the Reds, as he aims to get off the mark in the new season.

Liverpool vs Palace, alongside all other Reds’ domestic and European fixtures, are available to watch live online via Liverpool live streams.

Liverpool come into proceedings on a run of 20 unbeaten Premier League games (W16, D4) and are hellbent on bettering their opening-day performance.

We back them to dismantle Palace and issue a statement to Man City that this could still be their year despite an underwhelming start.