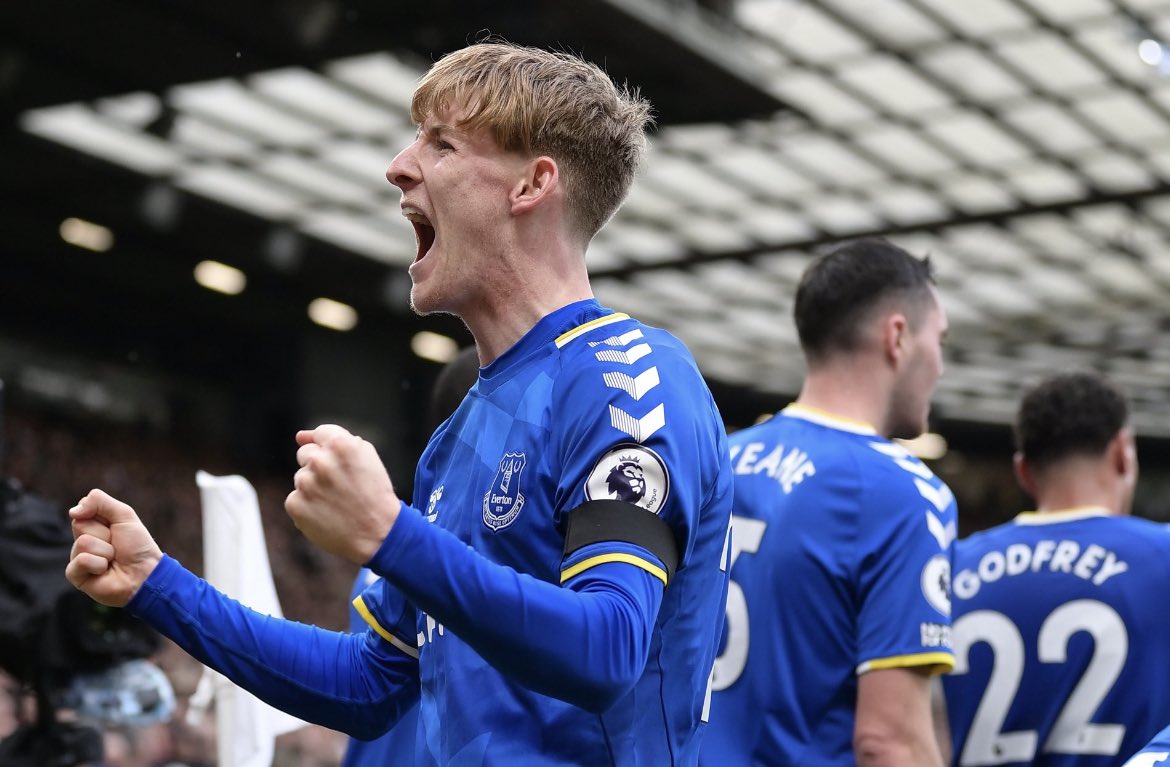 Everton have rejected a £40 million bid from Chelsea for Anthony Gordon, according to Nathan Gissing.

Chelsea’s interest in the forward seems to have only developed recently, and while their offer has been knocked back, the Blues intend to return to the Toffees with an improved bid.

Tottenham Hotspur wanted to sign the 21-year-old in a package deal with Richarlison earlier in the summer, but Everton’s stance at the time is the same as it is now – the player is not for sale.

While that is their official position, it is understood that a bid of around £50 million would be enough to force the Toffees into a sale.

Everton could find themselves in a pickle if they let the young, vibrant forward leave this summer.

Despite the acquisition of Dwight McNeil, Frank Lampard’s side are short on attackers, especially with Dominic Calvert-Lewin on the sidelines after suffering a knee injury.

Gordon is capable of featuring on either attacking flank but started Everton’s two Premier League games playing as a false nine in the absence of Calvert-Lewin.

With rumors of Christian Pulisic, Callum Hudson-Odoi and Hakim Ziyech being linked with moves away, Gordon would be a like-for-like replacement if any of them leave Stamford Bridge.

Thomas Tuchel wants to reinforce his attack with at least one more signing, and there has been talk of a move for Barcelona striker Pierre-Emerick Aubameyang.

While Gordon has established himself as a fan favorite at Goodison Park, it is hard to see him as a solution to Chelsea’s attacking problems.

Gordon has recorded only four goals and three assists in 51 Premier League appearances for Everton since returning from a loan spell at Preston North End.

Newcastle United have also made an approach for the young Englishman but are yet to tender a formal bid.

The Blues have now jumped ahead of them in the race for the attacker.

Everton had previously been linked with two Chelsea players, Armando Broja and Conor Gallagher, but Tuchel has insisted he wants both players to stay at Stamford Bridge this season.