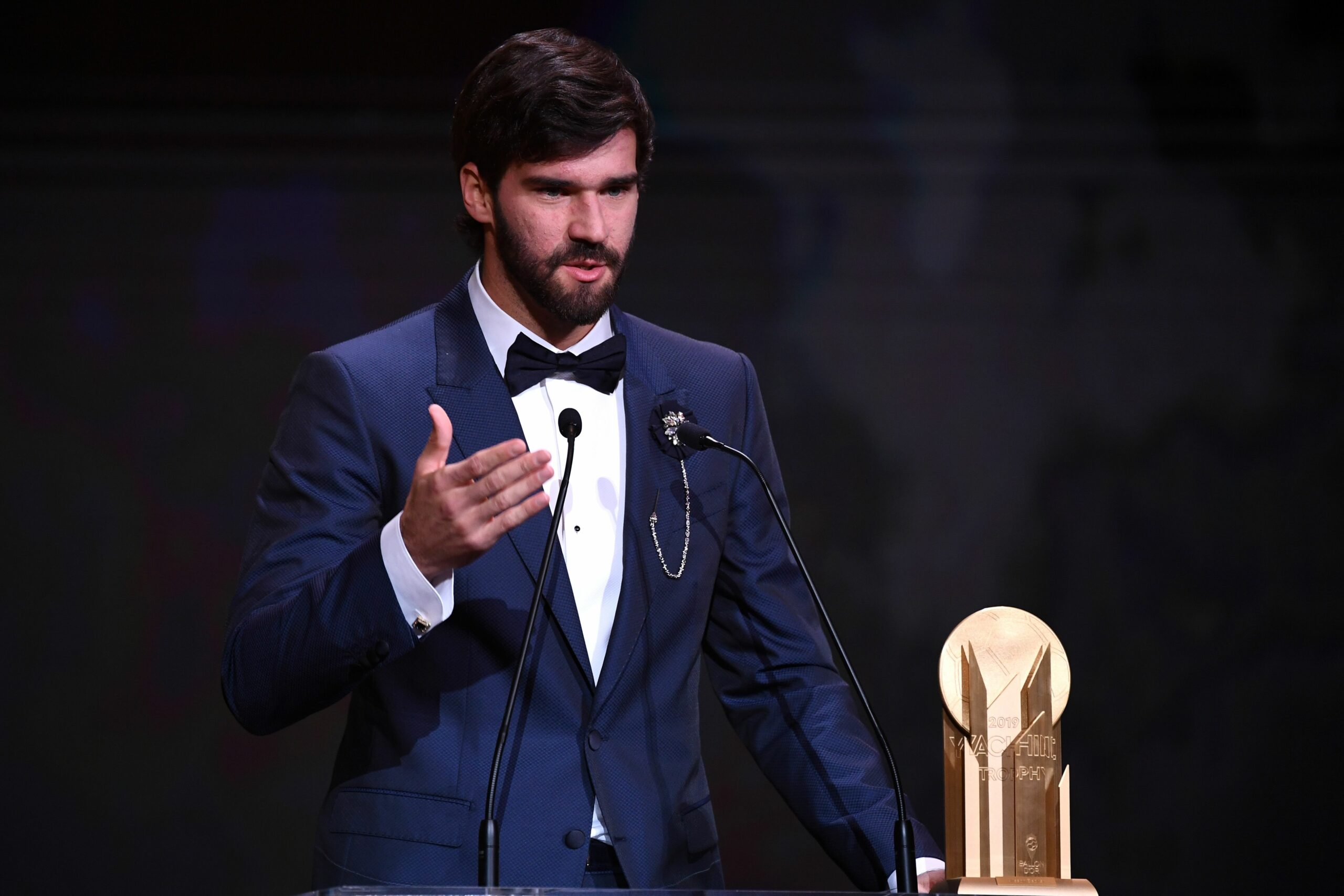 France Football has announced a 10-man final list for the 2022 Yachine Trophy The award is given to the best goalkeeper over the season.

It will be handed out at a ceremony alongside the 2022 Ballon d’Or Award and Kopa Trophy.

The nominees for the Yachine Trophy for 2022 are;

He was the hero in Liverpool’s FA Cup final triumph over Chelsea. The Brazilian goalkeeper continues to reiterate that he is one of the best in the business.

Jan Oblak is one of the best goalkeepers of the last decade but struggled last season. His inclusion in the list is quite surprising, considering the poor metrics he posted and the underperformance of his team.

On his day, Oblak is a magnificent guardian and one of the best.

Edouard Mendy continued his storied ascent into the 2021/22 season by winning three more titles. The keeper was the penalty hero as Senegal lifted the 2022 African Cup of Nations title.

Real Madrid shot-stopper Thibaut Courtois is the big favorite for the award this year after a memorable performance in the final of the Champions League.

He made incredible saves against Mohamed Salah and Sadio Mane to help Los Blancos win their 14th UCL title.

Mike Maignan won the 2020/21 Ligue 1 title with Lille, keeping the most clean sheets in the League. He moved to AC Milan and repeated the trick as The Rossoneri won their first league title in 11 years.

Despite a two-month injury layoff, Maignan still recorded the most clean sheets in Serie A (17). The 27-year-old continues to establish himself in the upper echelons of European goalkeepers.

Kevin Trapp was in fine form to help Eintracht Frankfurt win the Europa League title. He made incredible saves to take the final game against Rangers to extra time

Trapp kept out a penalty to win the tie. The 32-year-old German keeper found some redemption on home soil after a torrid time at Paris Saint-Germain.

Hugo Lloris is a renowned keeper and has got back to his very best under Antonio Conte.

The Tottenham captain remains an ever-reliable guardian in goal.

Unheralded, yet Yassine Bounou continues to show that he belongs on the big stage. The Sevilla keeper made many jaw-dropping saves across the campaign to earn his entry into the list.

Manuel Neuer is already regarded as an all-time great and shows no signs of slowing down.

The German goalkeeper is an ever-present figure in the Bayern Munich goal. He captained his side to their 10th straight Bundesliga title and the Champions League semifinal.

When will the winner be announced?