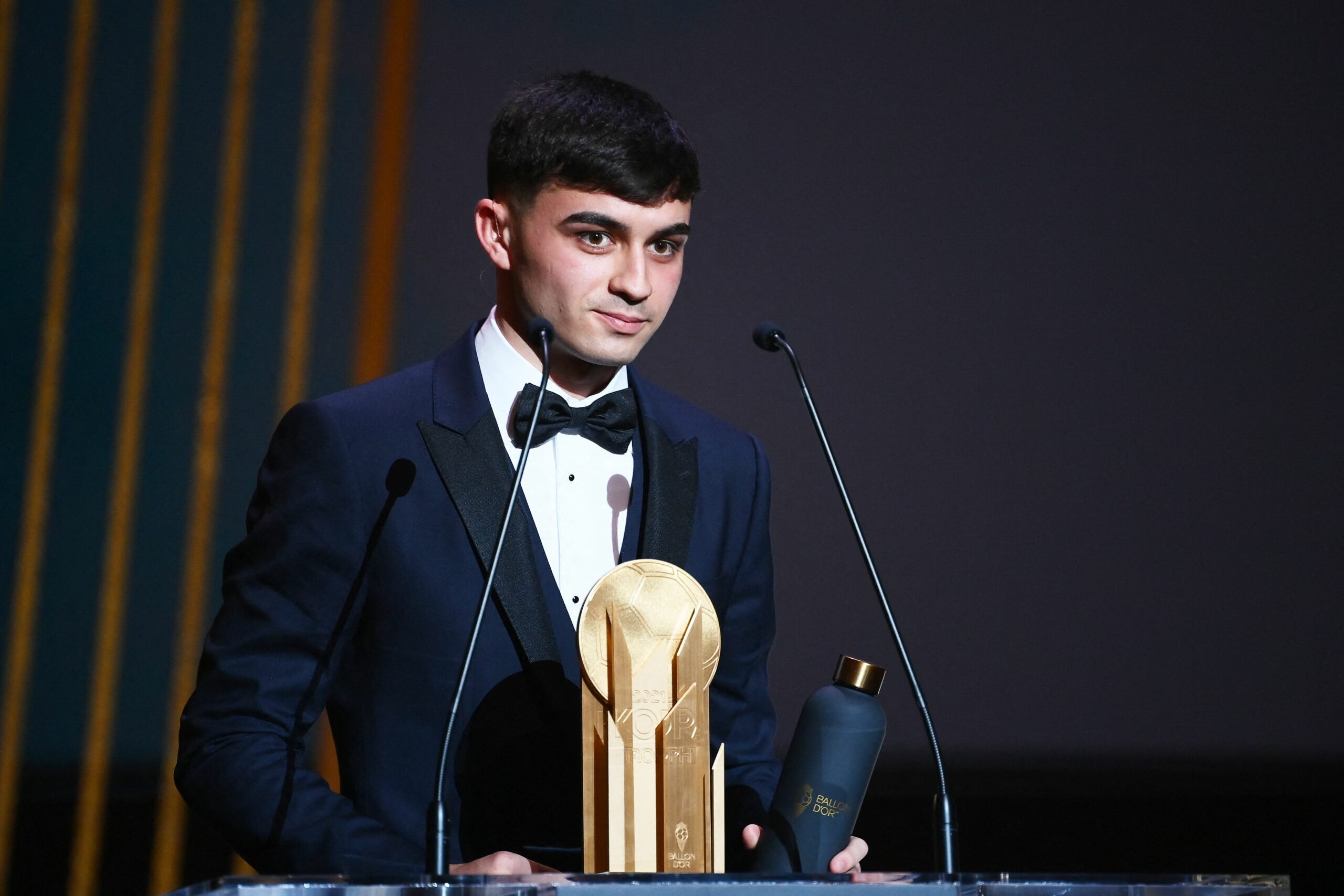 France Football Magazine announced its nominees for the 2022 Kopa Trophy yesterday. The trophy is presented to the best performing player under 21.

Pedri won the 2021 Kopa Trophy, and his midfield partner, Gavi, is one of the favourites for this year’s edition. Kylian Mbappe and Matthijs De Ligt won the first two editions.

The nominees for the 2022 Kopa Trophy are;

Jude Bellingham ran the show for Borussia Dortmund’s midfield as they finished second in the Bundesliga.

The 19-year-old England international had the most productive season of his senior career scoring six goals and assisting 14 more, including one incredible solo effort against Arminia Bielefeld.

He is already a leader in the dressing room and on the pitch. He was one of the finalists at last year’s edition and one of the favourites for this year’s.

Karim Adeyemi broke out for RB Salzburg in 2020 but established himself as a world-beater last season.

He scored 23 goals and recorded seven assists as Salzburg won the Austrian Bundesliga and Cup. He scored three goals and assisted two in only eight UEFA Champions League appearances.

Adeyemi is one of the finest forwards emerging from his generation. He marked his Dortmund debut with a goal and looks set to continue his trajectory to the top.

Gavi emerged from Barcelona’s famed La Masia, and the tongue-in-cheek maestro has been dictating big games like he isn’t only 18 years old.

Gavi became the youngest player to play for Spain at senior level when he debuted against Italy in the Nations League semi-final.

He is also the youngest player to ever score for Spain at senior level.

Bukayo Saka is the crown jewel of Mikel Arteta’s Arsenal. The youngster produced the goods in a fantastic individual season. He scored 11 goals and assisted seven more in the league.

With the departure of Pierre-Emerick Aubameyang, the 20-year-old became the team’s talisman and lived up to the billing.

Wirtz had played only 31 matches before an anterior knee ligament injury cut his season short. In those games, the 20-year-old had scored ten goals and assisted 14 more.

The German attacking midfielder is one of the most productive youngsters in Europe. He made his debut for Germany in September 2021, and in only four appearances, he has assisted two goals.

Wirtz has big numbers and a big future.

Eduardo Camavinga moved to Real Madrid at the beginning of last summer in a shock swoop but has become a vital cog for Carlo Ancelotti.

The 19-year-old adds steel to Madrid’s midfield. El Jefe (the boss), as he likes to be called, dominates the centre fearlessly. The left-footed dynamo was Madrid’s midfield ace off the bench as they won the Champions League and La Liga double.

The silky smooth youngster is elusive and worth the troubles Germany went through to convince him against playing for England.

Musiala is an exciting young footballer with an incredible football brain to match. This has helped him play deep in midfield and further up front.

The 19-year-old has already started this new season with a bang. Musiala has scored three goals and assisted one in just two games.

Nuno Mendes plays with an assuredness that belies his 20 years of age. He is already a starter for a club as big as Paris Saint-Germain and the Portuguese national team.

He is defensively sound and makes himself an outlet offensively. He is one of the best young full-back talents around.

The Dutch midfielder was part of the Ajax side that retained their Eredivisie title. Ryan Gravenberch combines his physicality with guile and technique.

His performances have earned him a move to Bundesliga champions Bayern Munich where he can continue to fill out his talent and development into an elite midfielder.

Josko Gvardiol was one of the breakout stars of the 2021/22 Bundesliga campaign.

He won the most duels of all RB Leipzig players in the Bundesliga last season, contributing two goals and two assists.

The 20-year-old is a progressive passer and carrier of the ball. He ranked in the 97th percentile for passes and 94th for carries.

When will the winner be announced?