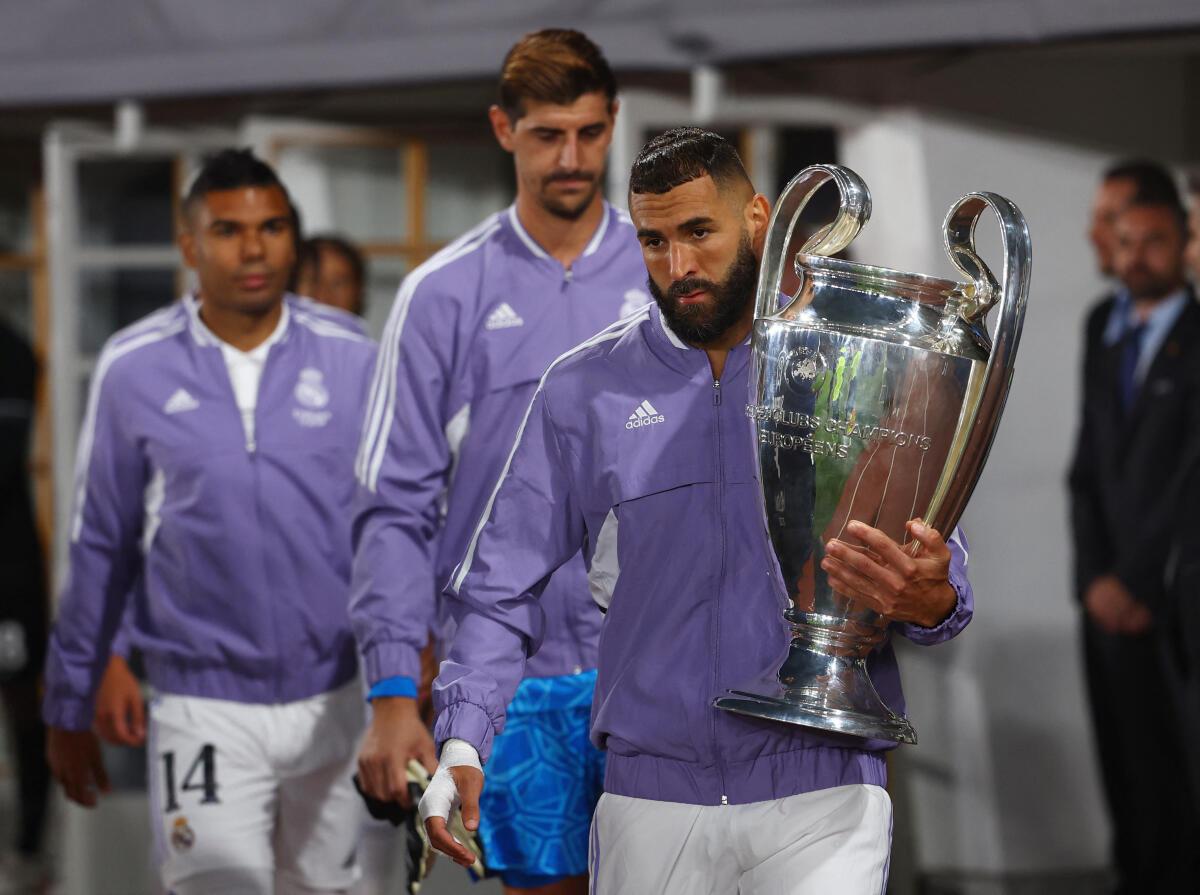 UEFA has released its top three nominees for the 2021/22 Player of the Year.

Benzema is the betting man’s favourite for this award after finishing the top scorer in the UEFA Champions League campaign with 15 goals in 12 games, leading Real Madrid to the title.

He also had a colossal domestic campaign, scoring 27 goals and assisting 12 more as Carlo Ancelotti’s side won La Liga.

De Bruyne was the main talisman of the Manchester City team that reached the semi-final of the Champions League. He is nominated for the third season in a row.

The 31-year-old Premier League player of the year was in inspired form for The Citizens as they won the Premier League title. The Belgian playmaker finished the season with 19 goals and 14 assists in 49 appearances.

Courtois kept a clean sheet in the final of the Champions League to help Madrid win their title. He made several stunning saves in that tie. He denied Mohamed Salah and Sadio Mane to earn a well-deserved man-of-the-match award.

UEFA have announced Jurgen Klopp, Ancelotti and Pep Guardiola as Coach of the Year nominees.

Klopp led Liverpool to a domestic double. He was one point off City for the Premier League and reached the Champions League final.

Guardiola retained the Premier League title – his tenth league crown as a manager.

The winner will be named during the Champions League group stage draw ceremony in Istanbul on Thursday, August 25.

The nominees for the UEFA Women’s Player and Coach of the Year awards will be announced next week.