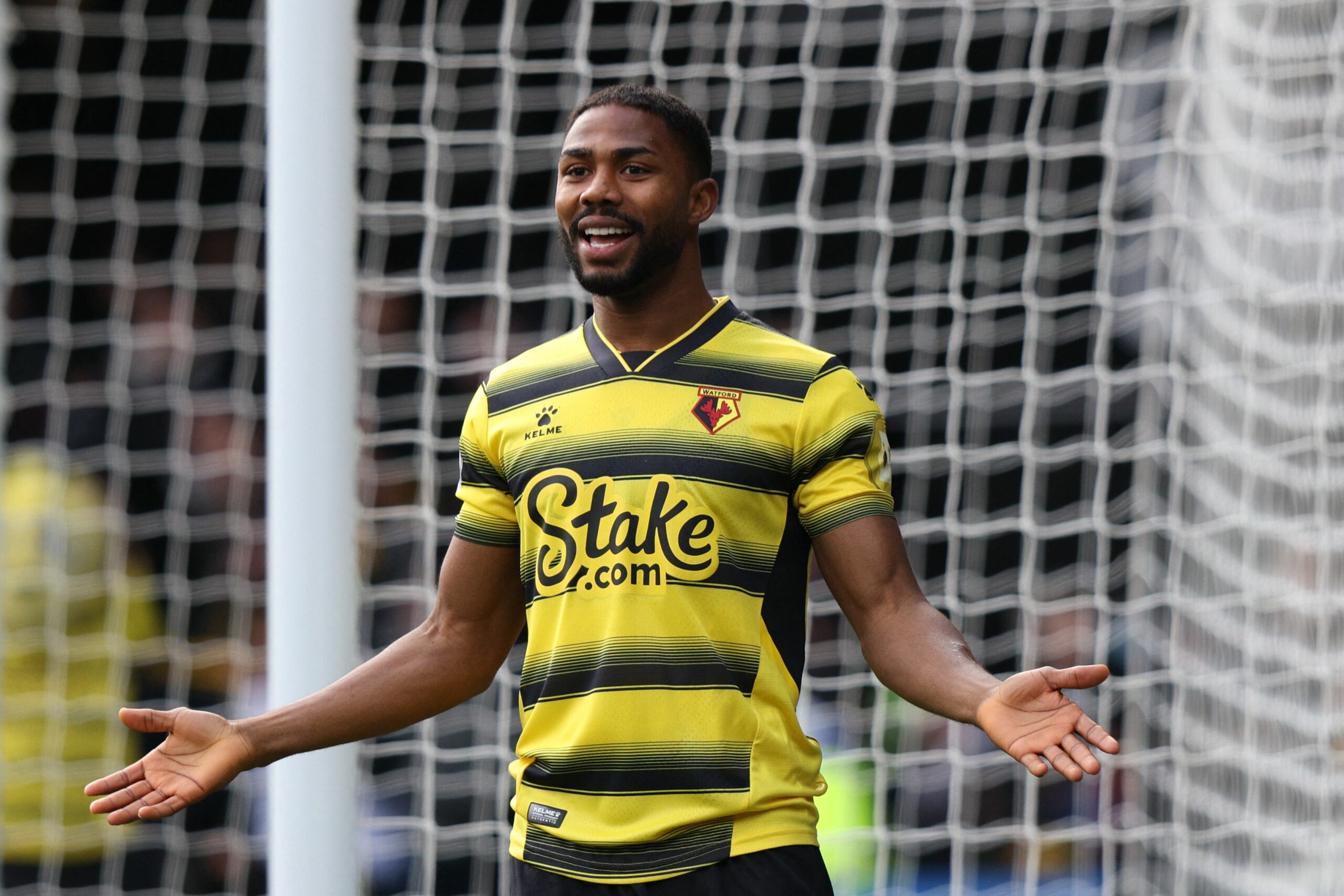 Dennis came to Vicarage Road last summer, arriving from Koln on a five-year contract. Despite their relegation, the Nigerian had a mostly positive season, ending the campaign with ten goals and six assists – a club best in both categories.

Many expected the forward to be one of the first players to be poached from the Hornets this summer, but this hasn’t been the case. He has started in both their league games against Sheffield United and West Bromwich Albion, from which they picked up a total of four points.

However, it looks like he is about to return to the Premier League. According to The Athletic, Watford have accepted a bid of around £20 million from Nottingham Forest for the 24-year-old.

The Reds came back to the top-flight in May, defeating Huddersfield Town in the Championship play-off final. Their season opener didn’t go as planned, losing 2-0 to Newcastle United at St. James’ Park.

The Midlands side have been incredibly busy during the transfer window, signing more players than anyone else in the division. They have brought in 12 players this summer, with the most notable being England international Jesse Lingard and Union Berlin striker Taiwo Awoniyi. Should they get the Dennis signing over the line, it will take their spending bill to over £100m.

And they don’t appear to be done there. A deal for Swiss midfielder Remo Freuler is believed to be on the verge of completion, while Cheikhou Kouyate and Morgan Gibbs-White are also known targets.

Elsewhere at Watford, they face a battle to keep star man Ismaila Sarr at the club. The Senegalese winger has been closely linked with a move to Leeds United, who are still looking for a replacement for Raphinha.