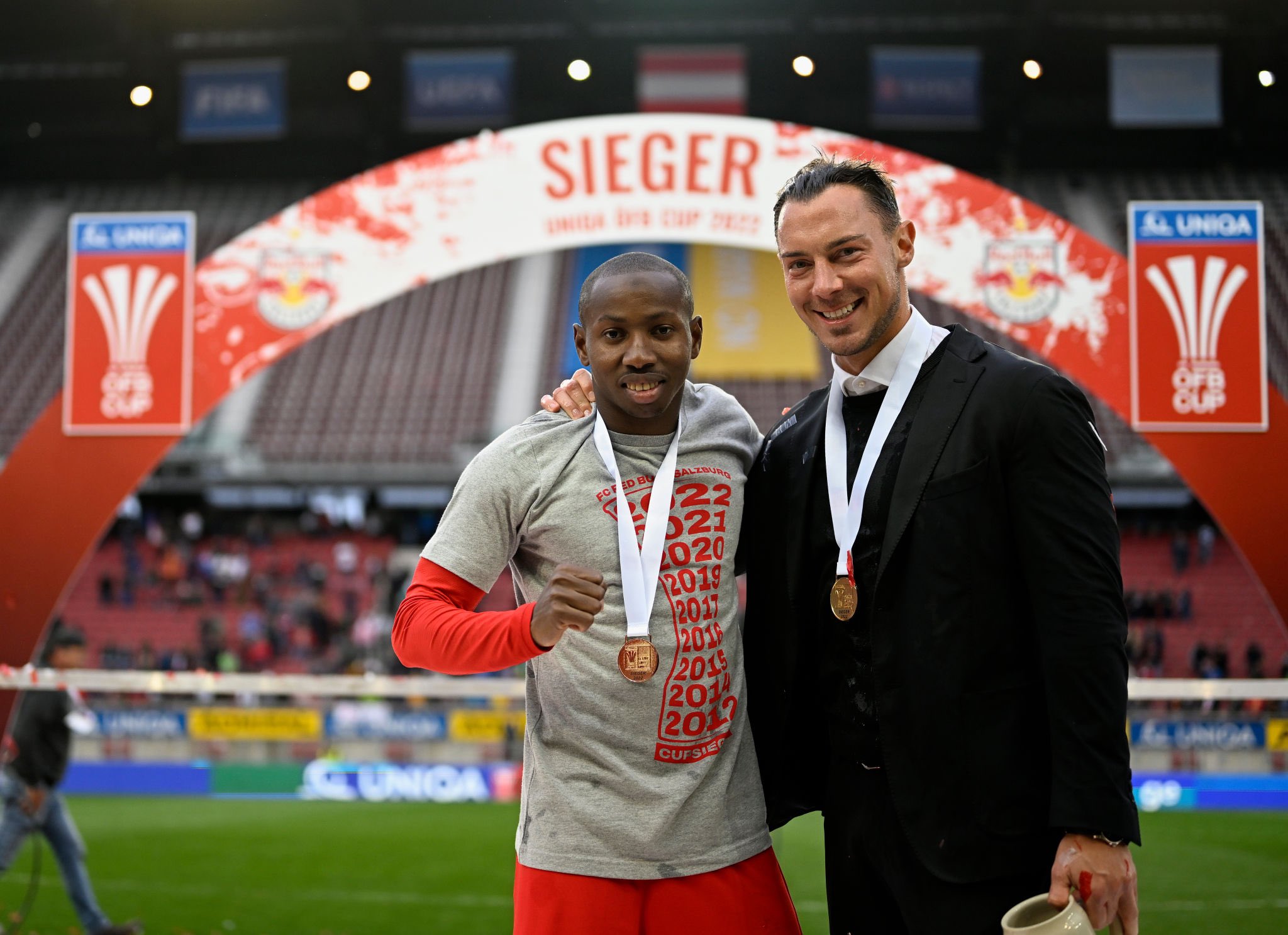 AS Monaco are set to sign RB Salzburg midfielder Mohamed Camara according to L’Equipe.

Both clubs are close to reaching an agreement despite Everton‘s interest in the player.

The 22-year-old will replace Aurelien Tchouameni, who joined Real Madrid earlier this summer in one of the most expensive La Liga transfers of all time.

Camara is one of the most exciting young midfielders in European football. He has drawn comparisons to Chelsea’s N’Golo Kante for his style of play.

He is a small ball of boundless energy in the middle of the park. Camara is good at securing the ball and keeping it moving, but he excels at winning back the ball and driving forward with it.

The midfielder averages 4.56 carries per 90, putting him in the 75th percentile of midfielders in Europe’s top five leagues. He also puts in around three tackles per game.

The Malian is a complete midfield general with Champions League pedigree. He won the man-of-the-match award when Salzburg faced Bayern Munich in the UCL last season.

He worked at Salzburg’s sister club, Leipzig, and was offered the role of technical director to oversee Red Bull’s global football.

Despite Monaco coach Philippe Clement playing a 4-3-3 last season, fielding a midfield three with Tchouameni at the base, he has opted for a midfield two this season.

The Belgian boss has paired Jean Lucas, Eliot Matazo and Youssouf Fofana, but he needs more options. Camara will be a brilliant addition to his squad.

Camara has experience playing in a double pivot in Salzburg’s 4-2-2-2 formation. He brings the energetic style that the Red Bull Group is renowned for. Something Clement and Mitchell are trying to replicate in France.

Camara will give up European football for at least one season if he completes the move.

Monaco failed to make it beyond the UCL qualification for the second year in a row after losing on aggregate to PSV Eindhoven earlier this week.

However, the Principality club must pick themselves up as they welcome Bruno Genesio’s exciting Stade Rennais FC tomorrow.