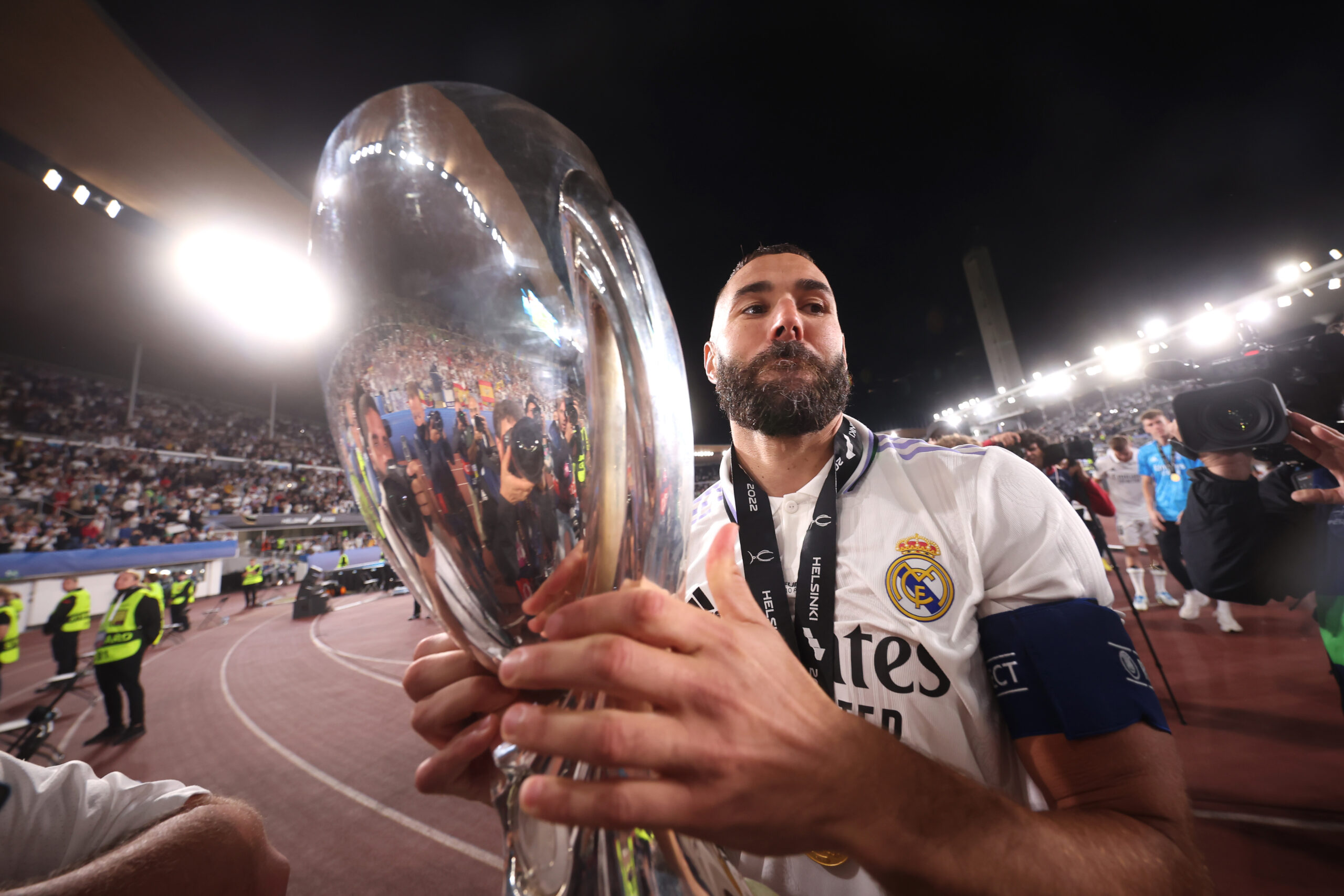 Goals from David Alaba and Karim Benzema on either side of halftime fired Carlo Ancelotti’s side to a comfortable 2-0 win over Eintracht Frankfurt in midweek UEFA Super Cup action.

Fresh from claiming a record-equalling fifth Super Cup win on Wednesday, Madrid will be looking to pick up where they left off in La Liga.

Despite being handed just a few minutes in the Helsinki showpiece last time out, Aurelien Tchouameni could make his first competitive start for Madrid at Almeria.

Brought in for €80m, not even one of the most expensive La Liga signings ever, the French midfielder could team up with former Chelsea ace Antonio Rudiger, who also started on the bench against Frankfurt.

On the other hand, inspired by one of the Segunda Division’s top scorers Umar Sadiq, Almeria topped the second-tier table last term to fight their way back to La Liga for the first time since being relegated in 2014/15.

Despite their relatively sparse La Liga experience in the 21st century, Los Almeriensistas have lost their opening top-flight fixture only once across the last six seasons (W2, D3).

But before facing relegation to the Segunda Division seven years ago, Almeria had gone winless in five consecutive La Liga outings (D1, L4), conceding two or more goals on each occasion.

By contrast, Rubi’s side put together nine unbeaten league matches down the final stretch of last season (W5, D4), meaning they should show up in a confident mood.

Los Merengues go into proceedings as odds-on favourites to get their defending La Liga campaign off to a flying start despite drawing back-to-back league games at the tail-end of last season.

Madrid’s habit of easing past Andalusian adversaries comes in hand, with Ancelotti’s men clocking up eight wins and a draw from their last nine La Liga meetings with such rivals.

There’s a good chance they will extend their impressive run against clubs from Andalusia, as they have only lost one of their 12 previous La Liga clashes against Almeria (W9, D2).

Almeria vs Madrid, alongside all other Los Blancos’ domestic and European fixtures, are available to watch live online via Real Madrid live streams.

It has been seven years since Almeria last met Madrid in La Liga, but a 3-0 defeat at Santiago Bernabeu still looms in the forefront of their minds.

On top of that, Los Merengues have won their last five league matches against Los Almeriensistas, each by at least a three-goal margin, suggesting this one could be a ‘blowout.’