Manchester City vs Bournemouth Preview – Prediction, how to watch & line-ups 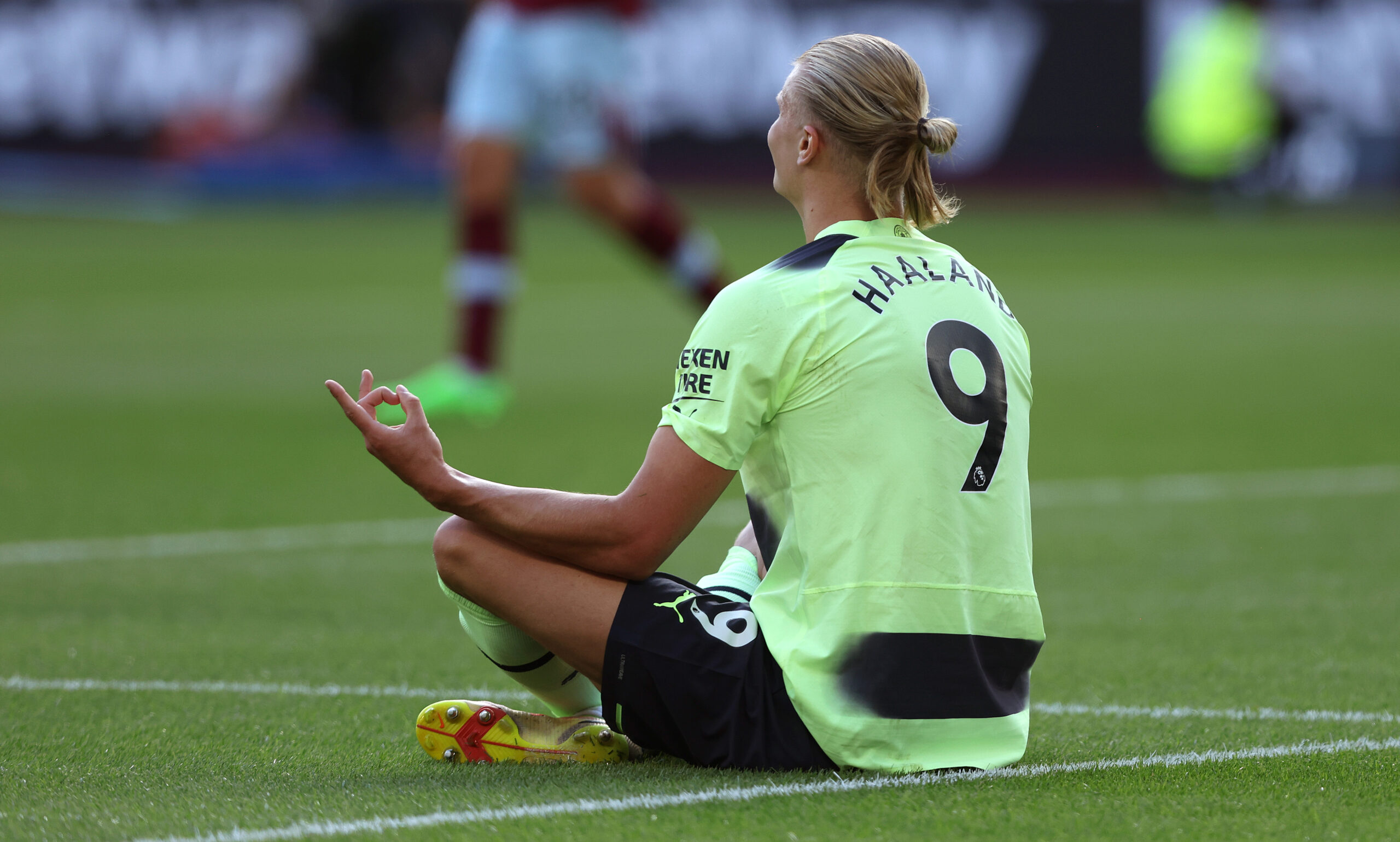 Both sides put on promising performances on the opening weekend.

Man City’s ninth most expensive signing Erling Haaland scored on either side of half-time to fire the defending champions to a comfortable 2-0 win away to West Ham United.

Bournemouth overcame Aston Villa by the same scoreline in their first Premier League game since earning promotion from the EFL Championship, courtesy of two set-piece goals in each half.

But though they excelled in their first top-flight outing since July 2020, Scott Parker’s men should have no business looking for points at the Etihad.

Having lost their first home league match in only one of the last 22 seasons (W15, D6), Man City head into proceedings as clear-cut favourites to dismantle sub-par Bournemouth.

Since playing out a goalless draw with Crystal Palace in March, Guardiola’s men have netted at least two goals in ten consecutive Premier League games.

With Haaland now leading the line, Man City look destined to better last season’s haul of 99 Premier League goals and smash the 100-goal milestone for the third time under Guardiola.

Adding to this sentiment, the Cityzens have won their last four home league games by an aggregate score of 16-3, netting 3+ goals on each occasion.

For those in love with statistics, Man City exchanged 833 passes against West Ham last weekend, making a large portion of the London Stadium sleep through most of the game.

All competitions included, Bournemouth have won none of their 16 clashes against the Cityzens (D2, L14), and another failed attempt to secure all three points would see them set an unwanted piece of history.

Indeed, if the Cherries fail to win at the Etihad, it would be the worst-ever run of matches between the two English sides without one ever picking up a single triumph.

This one is really a no-brainer. Anything other than Man City’s overwhelming victory would be a massive success for Bournemouth.

But with Haaland vying for the records, we back Guardiola’s side to put at least three balls past the visiting goalkeeper Mark Travers.