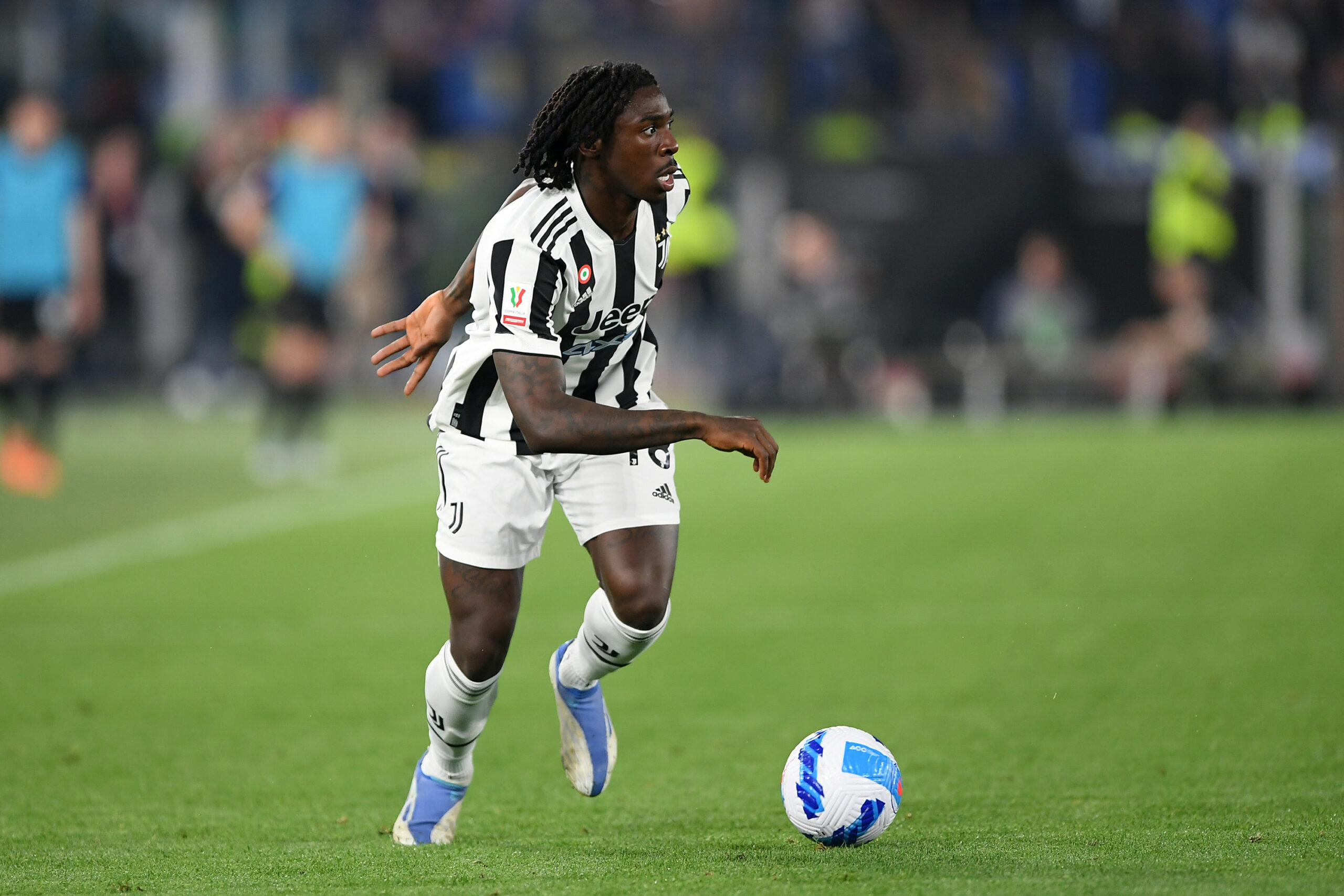 Juventus have presented Ligue 1 outfit Nice with an opportunity to acquire the services of Moise Kean, according to Foot Mercato.

Kean re-joined the Old Lady on loan from Premier League outfit Everton at the start of last season, and the Serie A giants could be obligated to snap him up on a permanent basis for around €28m at the end of the current campaign if certain conditions are met.

The striker has failed to impress in his second spell at the Allianz Arena and Juventus are now looking to part ways with him before the transfer window shuts in three weeks’ time.

After signing Dusan Vlahovic in January, Max Allegri’s men are closing in on a swoop for Memphis Depay from Barcelona which further dampens Kean’s chances of getting regular playing minutes.

Kean is believed to be keen on remaining with his current employers having expressed his regret to have initially left the Serie A giants back in 2019.

“I will be honest, I was a bit disappointed to leave Juve,” the Italy international said in an interview with Gazzetta dello Sport.

“I grew up there, I don’t know where I’d be now without that club.

“Then I realised this is the life of a football player and had to accept it.

“Juve will always remain in my heart.”

However, at 22 years of age, Kean needs to be playing regularly at this point in his career if he is to get his career back on track and maximise the potential that he showed in his teenage years.

A return to the French league could just do the trick for Kean, who enjoyed his most productive spell so far while on loan at Paris Saint-Germain during the 2020/21 season where he netted 17 times in 41 games across all competitions.