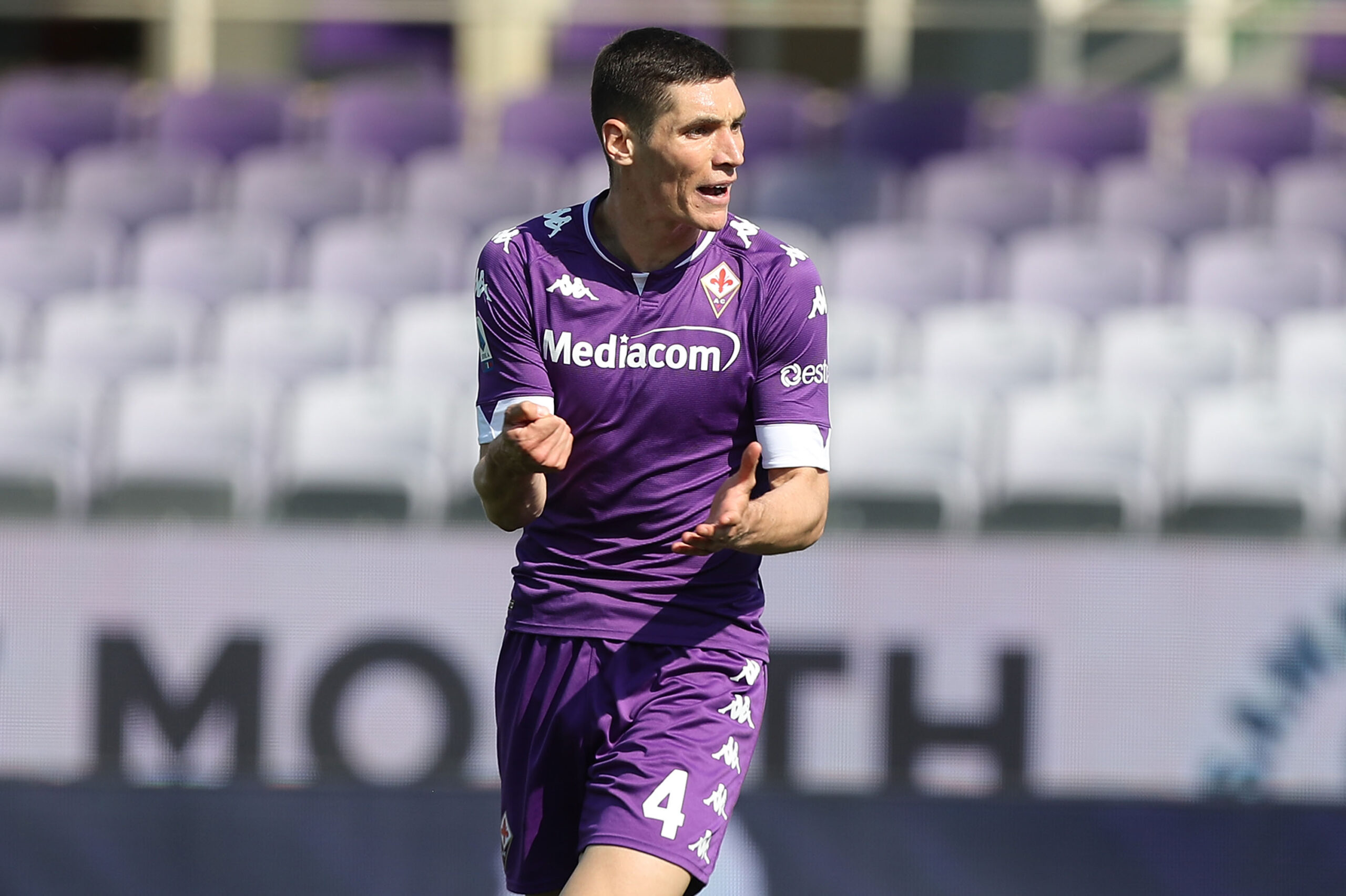 Serbian international Nikola Milenkovic has put pen to paper on a new contract with Fiorentina, extending his stay at the Stadio Artemio Franchi to 2027.

The towering centre-back was heavily linked with a move to several elite clubs across Europe, including Chelsea, Manchester United, Inter Milan and Juventus.

However, the 24-year-old has now committed his future to Vincenzo Italiano’s side by signing a five-year contract, ending speculation over his future.

Speaking via the club’s official website, Milenkovic said: “I love this club and this city. I am excited and happy to stay at Fiorentina. The club has shown that it has great ambition.

“The goal is to improve what we did last year in Serie A and win the Europa Conference League. It would be great.

“I thank the fans, they give us a big push. Playing at the Franchi will be tough for everyone.”

Milenkovic have been a mainstay for Fiorentina since his move from Serbian outfit Partizan Belgrade in the summer of 2017.

He made 17 appearances across all competitions in his debut campaign as the Florence outfit secured an eighth-placed finish in Serie A.

His string of eye-catching performances at the Stadio Artemio Franchi quickly earned him his first call-up to the Serbian national team, with his debut coming in a 1-0 friendly victory over Chile in June 2018.

Milenkovic started 34 of the 38 games in the Serie A last season, helping the Florence outfit pick up nine clean sheets and a place in the Europa Conference League as they finished seventh in the league.

With his contract expiring in just 12 months, he was courted by several top clubs in the Serie A and Premier League, including perennial Italian champions Juventus and 2020-21 Champions League winners Chelsea.

However, the Serbian international has now put speculation over his future to bed by signing a long-term extension with Italiano’s side.

Fiorentina get their 2022-23 Serie A campaign underway on Sunday when they play hosts to newly-promoted side Cremonese.