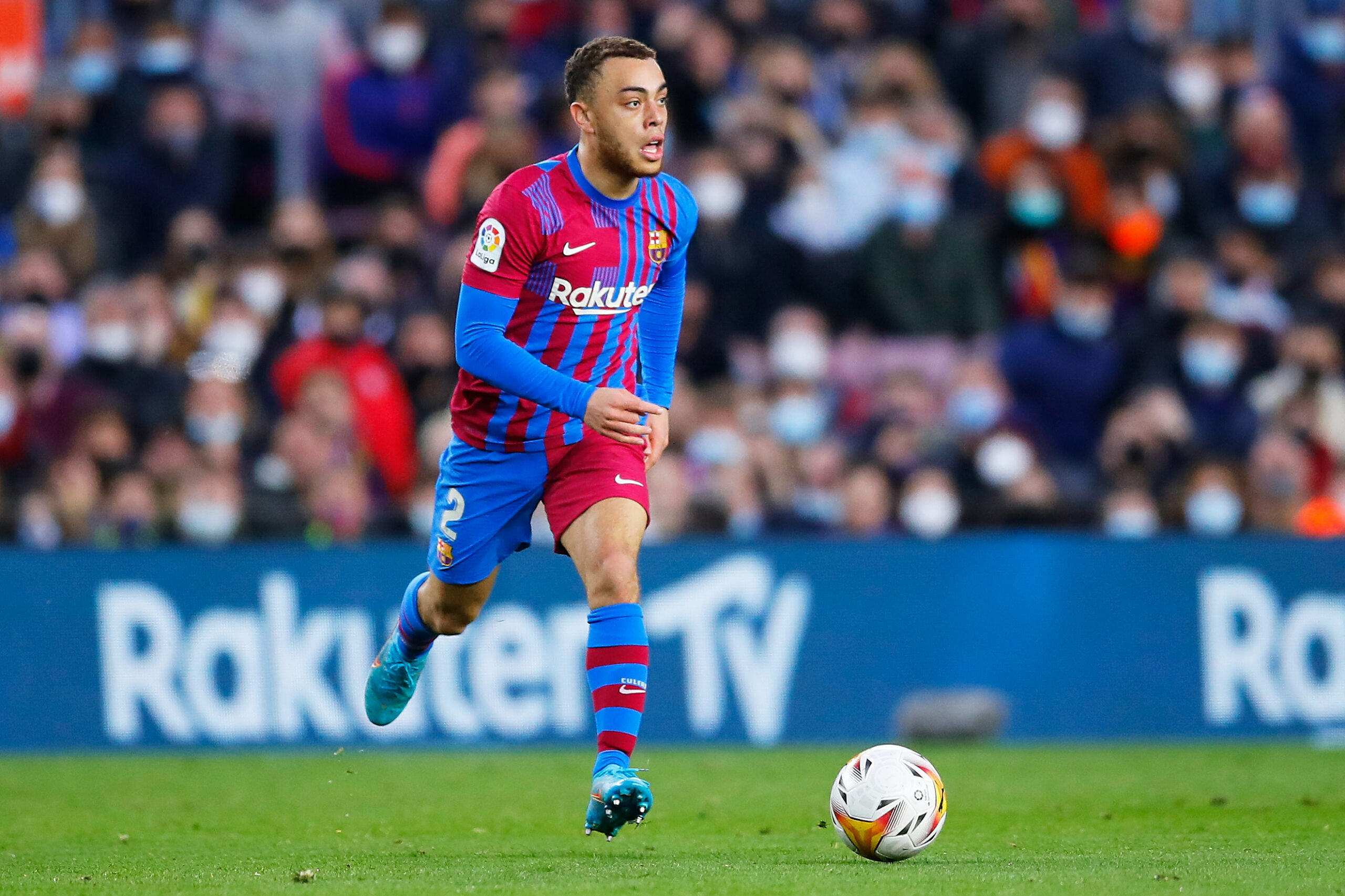 Barcelona are reportedly open to selling Sergino Dest this summer, with the United States star wanted by Manchester United and Chelsea.

Spanish outlet Diario Sport claims that the Catalan giants are ready to offload the former Ajax star for a suitable offer, though it will leave them short of options at the right-back position.

It is mainly due to Blaugrana manager Xavi, who doesn’t count Dest in his plans heading into the new season.

The Spanish gaffer has been disappointed with the transfer failure of Cesar Azpilicueta, who decided to extend his contract with Chelsea.

Xavi is happy to have Sergi Roberto as his first-choice right-back and, if possible, sign a defensive-minded back-up rather than keeping Dest in the squad.

It comes as a huge boost for the Premier League giants Man Utd and Chelsea, who have been tracking the 21-year-old this summer.

United manager Erik ten Hag, who previously worked with Dest at Ajax, is looking to strengthen the right-back slot.

It has become apparent that Ten Hag trusts Diogo Dalot over Aaron Wan-Bissaka, with the former playing as a right-back for the entirety of United’s opening league game against Brighton.

The former Ajax gaffer wants to provide cover or competition for the Portuguese defender, identifying Dest as a potential target.

Elsewhere, Chelsea boss Thomas Tuchel is also a big admirer of the US youngster. The German manager is in the market for a full-back, with Marcos Alonso reportedly closing in on a move to Barca.

Dest has the versatility to play on either flank, and Tuchel finds him an interesting option to provide defensive competition.

Barca are keen on offloading players to register their new signings, and Dest’s departure cannot be ruled out.