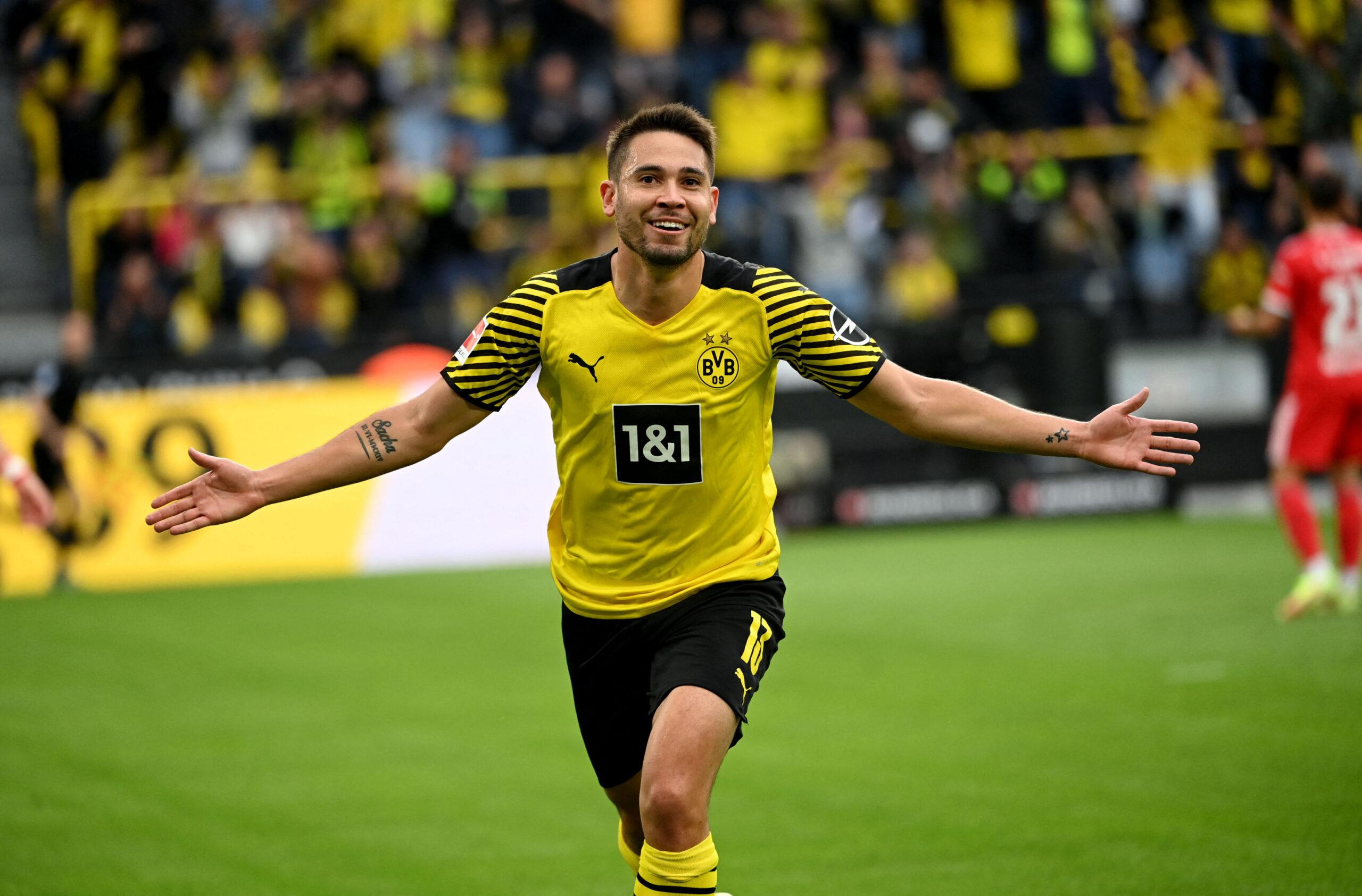 Manchester City have registered an interest in Borussia Dortmund defender Raphael Guerreiro, according to Sky Sports.

The Citizens continue their search for a new left-back after missing out on Marc Cucurella, who joined Chelsea in a £62 million deal.

The departure of Oleksandr Zinchenko has left Pep Guardiola’s side short in the left-back department, with Kyle Walker and Joao Cancelo the only natural first-team full-back options at the club.

Walker is a natural right back, and Cancelo is comfortable on either side of the defence leaving only Nathan Ake, who is more comfortable as a centre-back, and academy graduate Josh-Wilson Esbrand as options for the left side.

The Citizens want to strengthen their squad with a new left-back, and several names have been mentioned, including Benfica’s Alex Grimaldo and VFB Stuttgart’s Borna Sosa.

City are also close to signing Anderlecht’s Sergio Gomez despite no official bids being on the table yet.

However, if the move is finalised, the Spanish youngster could be loaned out as he is considered a development player.

Gomez could potentially join Guardiola’s first-team squad this season, but only if City fails to sign a first-team left-back, and Guerreiro is the latest player touted.

The 28-year-old Portugal international joined Dortmund from FC Lorient in 2016 and has made 189 appearances for Dortmund, scoring 34 goals and assisting 37.

Despite struggling with muscular problems during the last campaign, Guerreiro managed five goals and four assists in 28 games across all competitions.

The Portuguese has just a year remaining on his contract with the Bundesliga giants, and a reasonable fee would force the club into a sale rather than risk losing him on a free transfer next summer.

Dortmund have already sold Erling Braut Haaland to City, and Guerreiro could be the next Der BVB star to join the champions of England this summer.