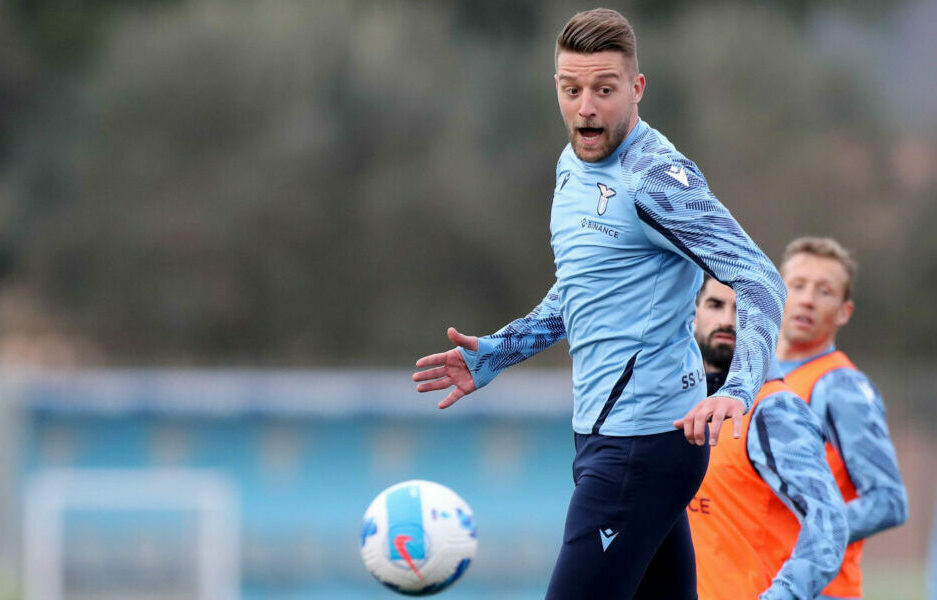 Manchester United are considering a £57.5 million bid for Lazio midfielder and long-standing target Sergej Milinkovic-Savic, according to Samuel Luckhurst.

Milinkovic-Savic has been linked with a move to Old Trafford for several years, and United’s search for a new midfielder has seen them renew their interest in the Serbian.

The 27-year-old, who joined Lazio from Belgian club Genk in 2015, has developed into one of the most complete midfielders in Serie A during his seven-year stay in Rome.

He has scored 58 goals and provided 51 assists in 294 appearances in all competitions for the Biancocelesti and would be a massive addition to Erik ten Hag’s midfield if he joins them.

Ten Hag is keen to add quality and depth to his midfield after suffering defeat at home to Brighton & Hove Albion in their season curtain raiser.

They have tried to sign Frenkie de Jong from Barcelona, but the Dutchman has refused to leave the Spanish giants, prompting United to consider other targets in what has been a frustrating window for the Red Devils.

They are now close to completing the signing of Juventus midfielder Adrien Rabiot for an initial £15m and are weighing up a move for Milinkovic-Savic.

The Serbian has been a key player for Lazio for several years. Last season, he proved his worth again, recording 11 goals and 12 assists in 47 games across all competitions.

Milinkovic-Savic has two years left on his current contract at the Stadio Olimpico, and he has not indicated that he will renew with the Italians.

There is no doubt Maurizio Sarri wants to keep his talisman, but it is understood that if an important bid came in for the midfielder, it would be hard to turn down.

United are not alone in the pursuit of the Serbia international, with Arsenal, Newcastle United, Chelsea and Paris Saint-Germain also interested in acquiring his services.