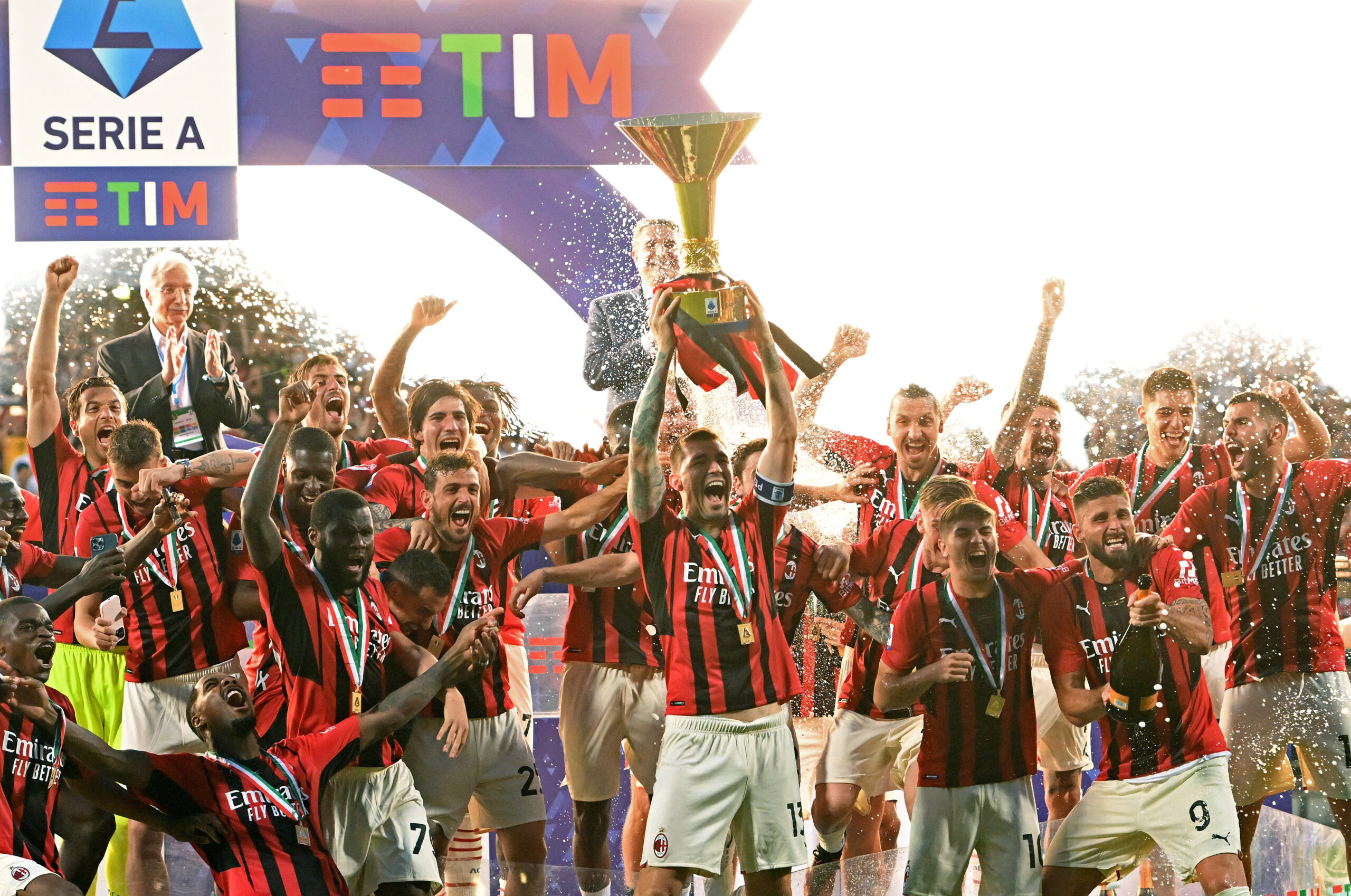 Another season of Italian football is upon us and the attention will soon turn from this summer’s engrossing Mercato to the upcoming opening fixtures.

The 2021/22 campaign was one of the most competitive seasons in Italy’s top flight in the last decade and brought much-needed attention to both the league and its most talented players.

It took until the final matchday to decide the Scudetto winner and it was AC Milan that came out on top by a narrow two-point margin over cross-city rivals Inter Milan.

Plenty of new storylines will emerge in Serie A this year and it stems from the little certainty around who will be crowned champions and which clubs will qualify for a spot in Europe. Here’s our Serie A 2022/23 season preview.

Milan head into the new season having won their first Scudetto in over 10 years just a few months ago. Stefano Pioli and his squad will be eager to build upon last season’s success and defend their crown in what will be a very open title race.

Although they won the Serie A title, they have spent the least amongst the other clubs that finished first in Europe’s top five leagues. Needless to say, they focused on addressing their biggest issue in this transfer market – their attack.

The arrivals of Charles De Ketelaere, Divock Origi and Yacine Adli may have not been what fans had originally expected but they are more than enough to add some much-needed flair and creativity to their attack.

The departures of Franck Kessie and Alessio Romagnoli will certainly affect the squad and players like Tomasso Pobegba and Pierre Kalulu will need to fill in for their absence.

However, we expect the Rossoneri to successfully defend their throne and win consecutive Serie A titles for the first time since 1994.

Juventus had spent most of the last decade at the top of Italian football but the club has seen a decline in success over the past two years from issues both on and off the pitch.

After nine consecutive Scudettos, the Bianconeri have finished in fourth place in back-to-back seasons. Max Allegri will need his team to finish and end the campaign stronger than last season.

With Allegri having a season to readjust to the Old Lady and get familiar with his squad, expectations will be even higher on him this year as fans are enthusiastic about returning to the top.

Inter enter the season as the bookmakers’ favourites to win the Scudetto after finishing second by a narrow two-point margin last season. The Nerazzurri won the Serie A title in 2019-20 and welcomed back Romelu Lukaku, who joined on a one-year loan from Chelsea.

The departures of Ivan Perišić and Arturo Vidal will surely have an impact and there is no certainty that Simeone Inzaghi will be able to bring Lukaku back to the same form that he had under Antonio Conte.

The success of Inter’s season will largely depend on Lautaro Martínez and whether their backline of Alessandro Bastoni, Stefan de Vrij and Milan Skriniar can stay fit for the entire campaign.

The abovementioned trio should finish ahead of a few clubs that will battle it out for the fourth and final Champions League promotion spot.

Roma and Napoli are the two sides at the forefront of the race to finish fourth but Lazio could also be surprise contenders.

While Napoli may have finished third last season and been a title contender for a majority of the campaign, they have seen too many first-team players depart this summer to build on last season’s success.

The departure of longtime captain Kalidou Koulibaly as well as David Ospina and Dries Mertens has been a major setback for the Partenopei.

Although Luciano Spalletti has had a history of helping clubs overperform, we think Champions League qualification is out of his reach this season.

Roma are the favourites to finish fourth and they could even make a surprise title charge if they can quickly integrate and adapt all of their new signings.

In Jose Mourinho’s first season with the Giallorossi, the club featured in their first European final in 31 years and were crowned Europa Conference League champions.

The Portuguese was given a new challenge in helping Roma build back their image and he managed to do just that in his first season with the club.

Roma may have finished just a point higher than last season under Paulo Fonseca, but there is renewed ambition at the club both on and off the field.

Paulo Dybala and Georginio Wijnaldum are statement signings from the management and the club looks to be one of the league’s most improved sides on paper.

We expect them to return to the Champions League after a four-year absence.

Similar to last season, the likes of Lazio, Fiorentina and Atalanta will be at the centre of the battle for the few remaining spots in European competition.

With Maurizio Sarri behind the bench and the arrivals of Luís Maximiano, Alessio Romagnoli, Matías Vecino and Matteo Cancellieri, the Biancocelesti seem likely to finish the season in fifth or sixth.

After a disappointing 13th place finish in the 2019-20 season, Fiorentina had quite the revival on the pitch last season as they managed to qualify for the Conference League and play some attractive football in the process.

Manager Vincenzo Italiano was at the heart of the Viola’s success and his side will be eager to build on last season’s success.

Atalanta saw a significant decline in form last season as they finished eighth after ending the previous three campaigns in third place.

La Dea have just brought in Salernitana midfielder Éderson and winger Ademola Lookman this summer meaning the squad is almost identical to the previous season.

Manager Gian Piero Gasparini may need to change up his tactics this season but not having to play in Europe this season should be a big boost to their chances of qualifying this year.

The three newly-promoted sides are always expected to struggle. Last season, newcomers Empoli and Salernitana were both able to avoid the drop as Venezia were sent back down to Italy’s second flight.

Serie B title-winners Lecce should be the best equipped for survival in theory out of the three newcomers this season. The Salento-based outfit returns to Serie A after two years in Serie B.

The Salentini have made quite a few permanent and loan signings this summer and seem likely to finish somewhere between 16th to 18th.

Cremonese finished just two points behind Lecce last season but it is only their eighth Serie A appearance in club history.

Excluding Romanian duo Ionut Radu and Vlad Chiriches, their squad has very little to no experience in Italy’s top flight and this is a significant contributor to why we think they will be sent back down at the end of the season.

Monza may have only been promoted through the play-offs by defeating Pisa in extra time, but they look to be the most intriguing out of the three clubs.

The Lombardy-based club is owned by former Italian Prime Minister and ex-Milan owner Silvio Berlusconi and will play for the first time in Serie A this season.

Berlusconi has backed the club financially since taking over in 2018 and the club has brought in almost 20 new players either permanently or on loan for the upcoming season.

The Biancorossi have ambitions to stay in Serie A and we expect them to avoid relegation comfortably and become a mid-table club over the next few seasons.

Out of the remaining clubs in Serie A, Salernitana are the next viable candidates to end their stay in the first division come next summer.

Last season saw Salernitana avoid relegation for the first time in club history but they did so with the lowest points tally (31) since Serie A began to feature 20 teams in 2004/05.

Davide Nicola managed a miracle to help the club stay afloat as his side amassed 15 points in their final 8 games of the season, just a single point shy of what was won in the previous 30 matches.

Although the Granata have made some signings this summer, we doubt Nicola will be able to save them again this season.