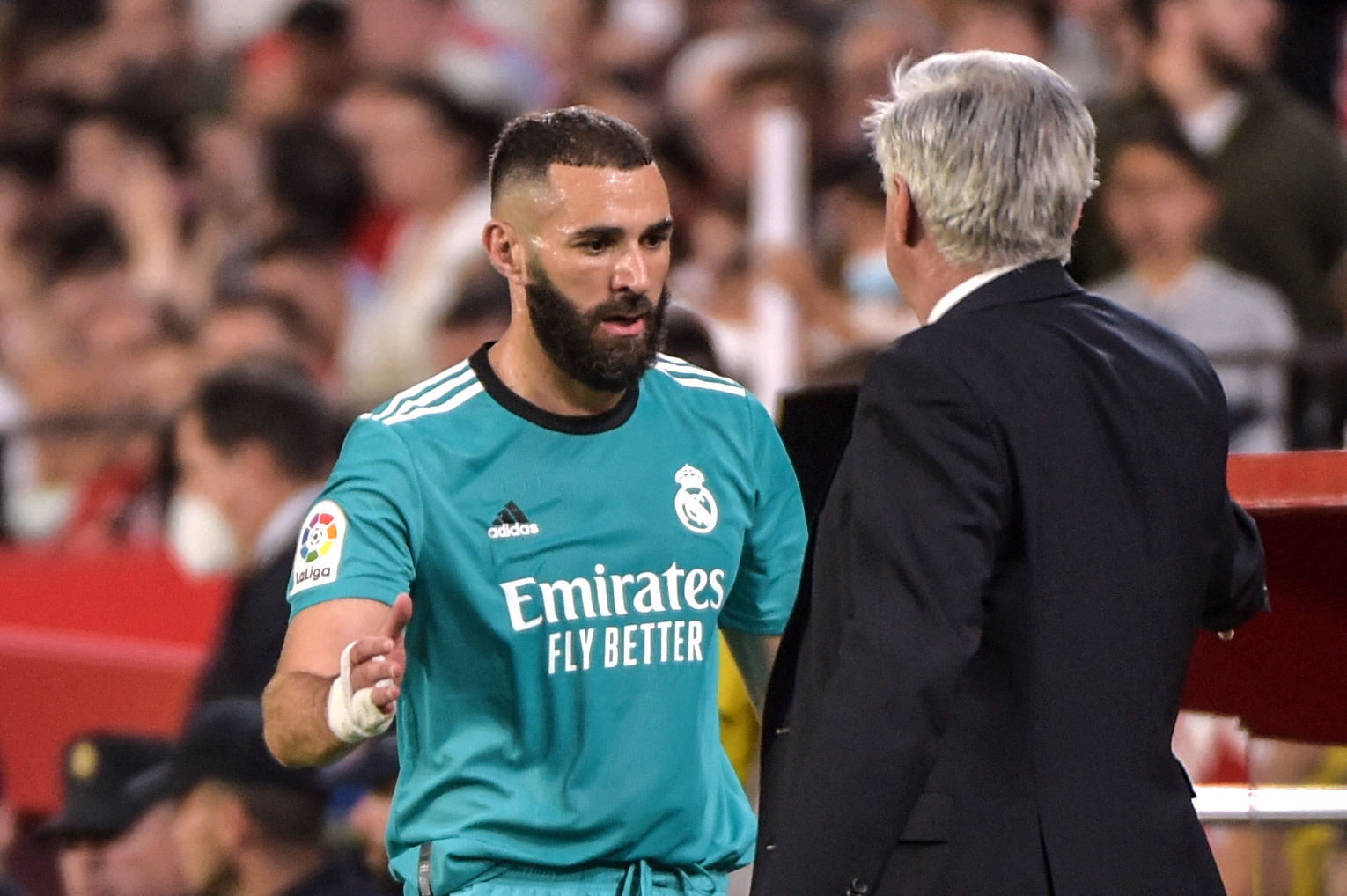 Real Madrid enjoyed a dream 2021/22 season and will be looking for more of the same in the upcoming campaign.

Though they may not be heading into the new league season as top favourites to win their 36th La Liga trophy, Los Blancos will be sticking around.

The UEFA Super Cup showpiece against Eintracht Frankfurt, scheduled to take place at the Helsinki Olympic Stadium, Finland, on August 10, will be Madrid’s final rehearsal ahead of the new La Liga campaign.

Los Blancos will take a trip to the Estadio de Los Juegos Mediterraneos to take on newly-promoted Almeria in a curtain-raising 2022/23 La Liga fixture on August 14.

Three consecutive away trips at the start of the new league season will serve to put some wind into Madrid’s sails ahead of their opening home league match against Real Betis on September 3.

September 18 is booked for the first Derbi Madrileno of the 2022/23 La Liga season, with Atletico Madrid welcoming Los Merengues to the Wanda Metropolitano.

The return fixture will take place at Santiago Bernabeu on February 26.

Madrid’s first encounter against arch-rivals Barcelona falls on October 16, and they are not scheduled to meet Xavi Hernandez’s side again until March 19, 2023.

A home clash against Cadiz on November 9 will wrap up Madrid’s top-flight action in the pre-World Cup period, with their first post-tournament league outing coming on December 31 away to Valladolid.

If everything goes as planned, Los Blancos will be in the title frame by the time Athletic Bilbao arrive in the Spanish capital to round off the 2022/23 season on June 4, 2023.

Carlo Ancelotti’s first foray into Spanish football with Madrid in 2013/14 was a resounding success as he inspired Los Merengues to the famous La Decima in Lisbon.

Despite having a formidable squad led by Cristiano Ronaldo at his disposal, no one could have taken anything away from the Italians’ stellar first spell at the club.

But after resigning from the Everton job to replace Zinedine Zidane in the dugout last summer, no one expected the 63-year-old manager to exceed his previous stint.

While proving his doubters wrong, Ancelotti guided Madrid to another continental success and helped them conquer La Liga for the record-breaking 35th time.

Saying the former Chelsea tactician defied the expectations would be an understatement, as he made it work with a considerably weaker squad than before.

Ancelotti’s winning mentality and impeccable tactical approach were the key ingredients of Madrid’s stunning success in 2021/22, and it should also be the case in the upcoming season.

After two decades of ruling the transfer window with extravagant signings, Los Blancos have seemingly changed their transfer policy over the past few years.

Florentino Perez worked his socks off to lure Kylian Mbappe to Madrid, but Paris Saint-Germain came up with an insane contract offer to tie their standout forward down to a new deal.

Even though their bid to sign one of the most formidable frontmen in Europe fell flat, Los Merengues have not lost their cool, refusing to force themselves into making rush decisions.

Instead, they have focused on injecting fresh blood into their ageing midfield with an €80m acquisition of prodigious youngster Aurelien Tchouameni from Monaco.

Alongside Eduardo Camavinga and Federico Valverde, the French starlet should provide the backbone for Madrid’s effort to maintain domestic and continental dominance in the coming years.

Ancelotti failed to find an adequate replacement for Sergio Ramos and Raphael Varane when they left La Liga last season, but his long-term pursuit of a top-class defender has paid off this summer.

Madrid acted swiftly to snap up Antonio Rudiger on a free transfer after the German’s contract at Chelsea expired earlier in the summer to strengthen their depleted defensive line-up.

As for the outgoings, Los Merengues finally managed to get rid of Gareth Bale’s lucrative salary as the Wales captain departed Spain for MLS franchise Los Angeles.

Long-serving stalwarts Marcelo and Isco Alarcon left the club on free transfers, while fringe striker Luka Jovic joined Serie A side Fiorentina on a season-long loan.

At 34, marquee French goal-getter Karim Benzema enjoyed his most prolific season in Madrid to navigate his team to three major honours in 2021/22.

Widely considered the front-runner in the race to win the Ballon d’Or, the former Lyon star finished top of the scoring charts in both La Liga and Champions League, tallying a total of 44 goals.

Benzema’s partnership with Vinicius Junior laid the foundation for Madrid’s sensational success last season as the Frenchman soaked up the limelight as Europe’s most in-form player.

After hiding in the shadows of Bale and Ronaldo for years, the experienced centre-forward unleashed his ‘killer instincts’ last term to reach his pinnacle when his side needed him the most.

If Los Merengues are to stay in contention for the biggest prizes next season, they will need their talismanic captain to remain at the top of his game.

Right now, it is hard to make a strong case as to why a venerable Madrid side will finish above what, in theory, should be a stronger Barcelona.

The Catalans have recruited well in the summer to close the gap on Los Blancos, and they should be the leading candidates to climb to the top of La Liga next term.

But as displayed last season, Ancelotti’s men deserve the benefit of the doubt. And after what they did in the 2021/22 Champions League campaign, no one can dare to question their competitiveness.

Defending the European throne would be a stern test, though, especially with Manchester City and PSG vying for their elusive first Champions League titles.