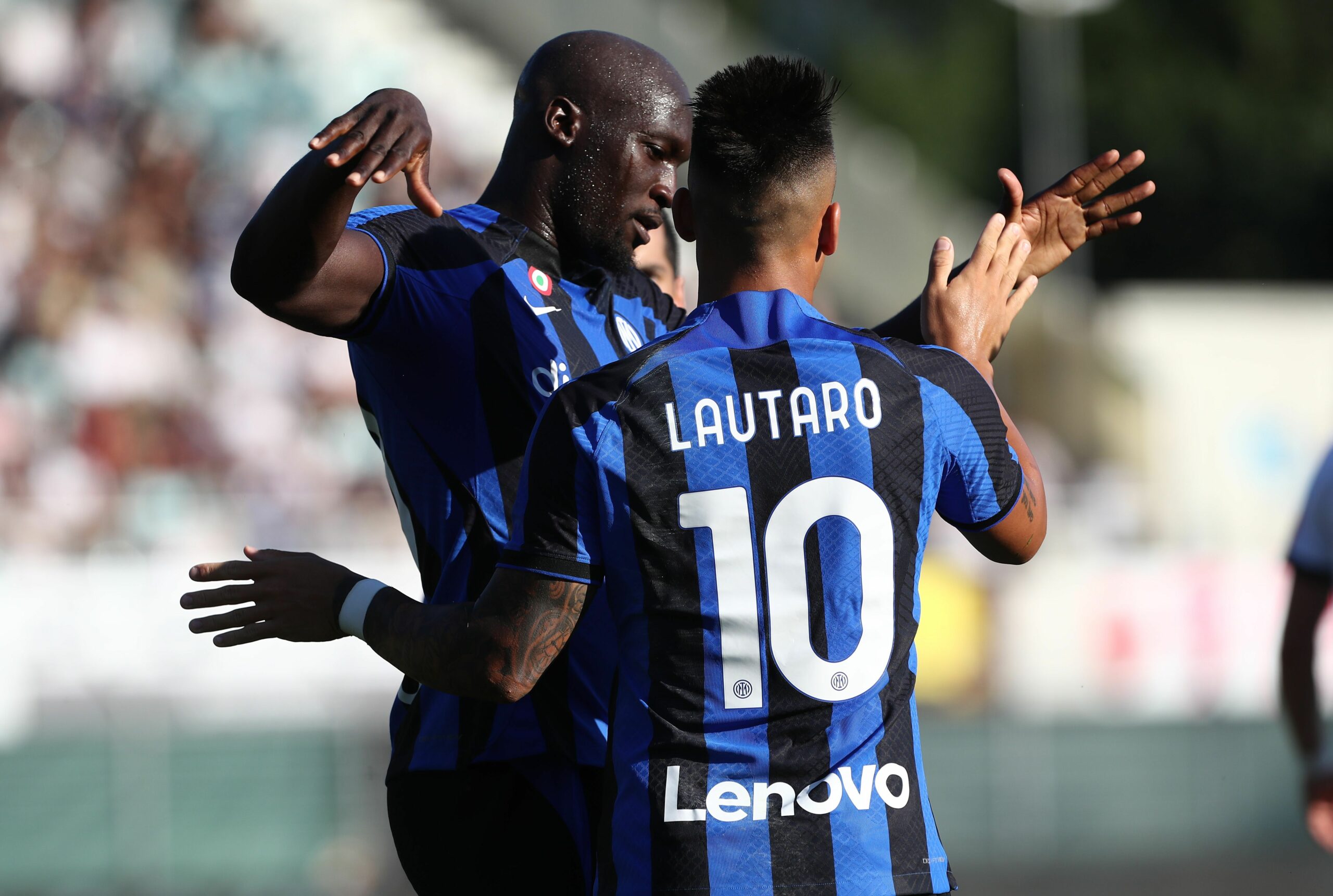 Inter Milan head into the 2022/23 season as the bookmakers’ favourites to win the Serie A title.

However, there was also the disappointment of narrowly missing out on winning consecutive Serie A titles and qualifying for the Champions League quarter-finals.

With the return of Lukaku, Simeone Inzaghi will be eager to find the consistency needed to start another title charge and progress further in the Champions League knockout rounds. Here is our Inter season preview for 2022/23, and you can also read our full Serie A 2022/23 season preview here.

Inter begin their fixtures away to newly promoted side Lecce on August 13 before returning home to face Spezia and then travelling to Rome to face Lazio the following weekend.

Their first encounter against AC Milan is at the start of September, and they are not scheduled to meet their cross-city rivals again until January 18.

Inter play at home against Roma a month later and then clash with Juventus at the Allianz Arena in November.

The Nerazzurri will face Atalanta in the last match of 2022 and then start the new year with an exhilarating game against Napoli.

The Coppa Italia round of 16 will take place on January 1 and Inter ’s opposition will likely be one of Hellas Verona or Salernitana.

Inter end the season with a tough run of fixtures as they play Lazio (H), Verona (A), Roma (A), Sassuolo (H), Napoli (A), Atalanta (H) and Torino (A) in their last seven matches.

In his first season with the Milanese club, Simeone Inzaghi won two domestic trophies and was just three points away from winning his first Scudetto as a manager.

The 46-year-old Italian arrived from Lazio last summer and did not have the best of welcomes from the club’s management.

Several key players from their Scudetto-winning team were sold and although Inzaghi did well to integrate their replacements, their absences were still felt.

The Nerazzurri were flying under Inzaghi’s leadership and were in control of the title race by December. However, their attempt to progress further in the Champions League saw them fall apart domestically in February, where they averaged a point a game across seven fixtures.

Inter began to struggle for goals and many blamed Inzaghi as it was this run of poor form that cost them the title. Nevertheless, their two domestic trophies and second place finish in Serie A was much better than fans had expected originally in September.

Inter have done some decent business so far in retaining the core squad from last season and reducing their wage bill to make room for new signings.

The likes of Stefano Sensi, Ionut Radu, Lorenzo Pirola, and Sebastiano Esposito were all loaned out once again while Joaquín Correa was bought permanently for around €23 million.

Ivan Perišić’s free transfer to Tottenham Hotspur was the biggest disappointment this summer as the Croatian was the club’s best player last season and his presence will certainly be missed on the left flank.

The club loaned in promising Empoli midfielder Kristjan Asllani and Caligari right-back Raoul Bellanova and both transfers will give Inter some much-needed depth.

Free agent André Onana made his long-awaited arrival to share goalkeeping duties with Samir Handanović and the club made another important depth signing in Roma’s Henrikh Mkhitaryan.

After an underwhelming first season with Chelsea following his €113m transfer to Stamford Bridge, Lukaku has returned to the Nerazzurri on a paid loan and will look to continue where he left off.

Rumours have continued to circulate surrounding the departures of Denzel Dumfries and Milan Škriniar, however, Inter’s management will try their best to keep two of their most prized players.

Despite Marcelo Brozovic and Skriniar being two of Inter’s standout players last season, we think Lautaro Martínez will play the most integral role in Inzaghi’s system this season.

Inter’s biggest need this summer was a striker to replace Edin Džeko in the starting eleven and the return of Lukaku was the perfect solution.

Lukaku and Martínez combined for 41 goals and 20 assists during the 2020-21 Serie A campaign and we expect them to be just as clinical this season.

The 24-year-old Argentinian adapted well to Inzaghi’s tutelage last season and if his striking partner can do the same, we think they will be one of Serie A’s deadliest attacking duos.

Inter’s second-place finish in Serie A overshadowed what was a decent season when looking back at the state of the club last September.

Inzaghi may have failed to retain the Scudetto but he did manage two domestic trophies in his debut season and, with the strong additions that Inter have made in the off-season, the expectations on him will be even higher.

The club’s ownership may have sent the club backgrounds in progress in recent seasons, but the squad will need to send a message that Inter are still a club that expects titles year-after-year.

If Lukaku can find his feet and provide his side with the extra flair that was missed during the later half of last season, Inter would be a good bet to take back the Scudetto from their cross-city rivals.