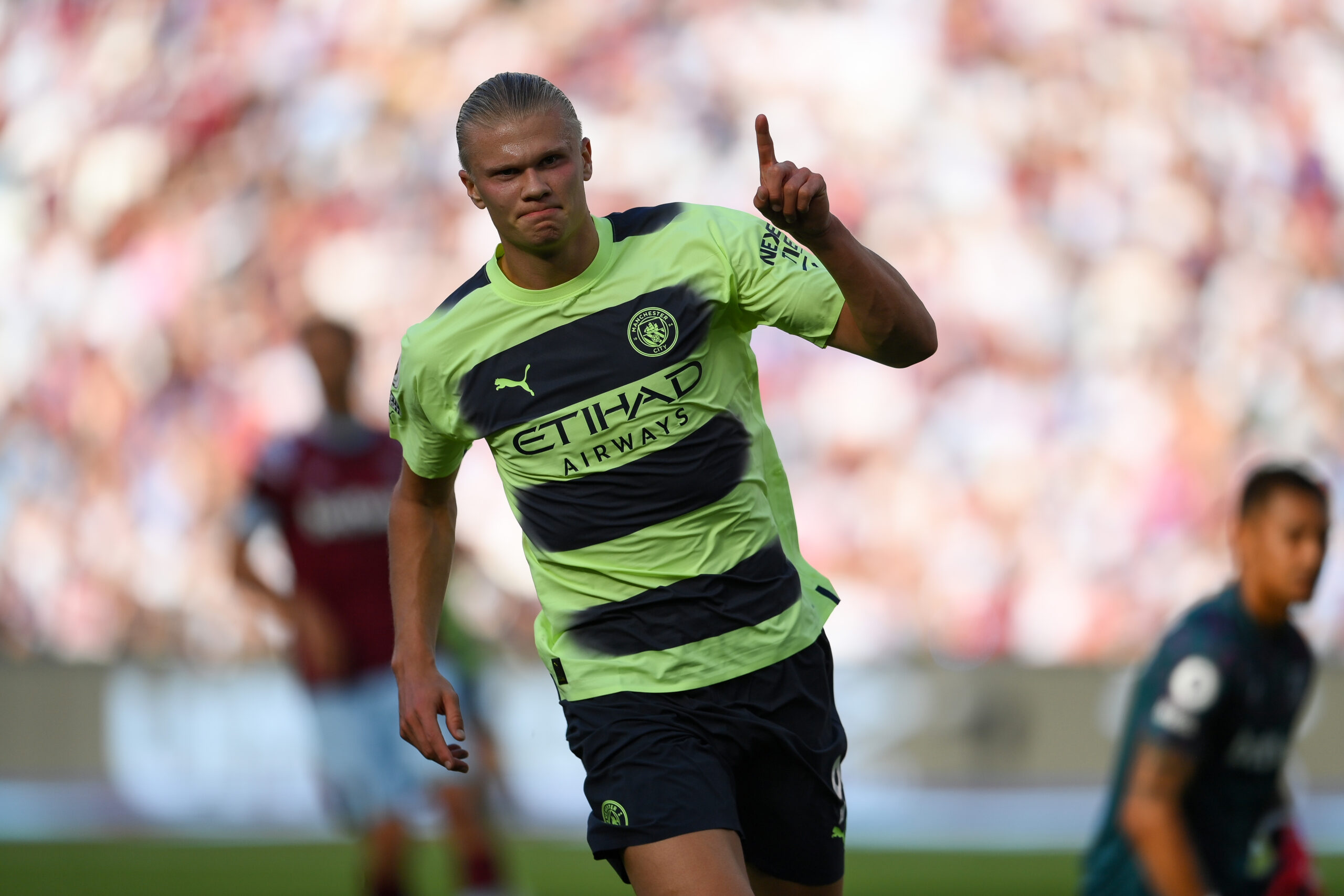 The opening day of the season is exciting for a number of reasons.

We get our first sight of every team in action. Supposed title contenders have the chance to make a statement early on, while those tipped for relegation get an opportunity to silence a few doubters. You never really know what you’re going to see.

And, of course, we’ve got plenty of new players to catch a glimpse of. The Premier League transfer window has been as busy as ever, with over £1 billion being spent this summer.

Here is how the five most expensive Premier League debutants got on this weekend.

The most anticipated debut of the weekend was undoubtedly Erling Braut Haaland at Manchester City, who arrived from Borussia Dortmund for an initial £52m.

The Norwegian’s goalscoring prowess could not be denied; since the start of the 2019/20 season, he had netted 134 goals in 132 outings in all competitions. However, there were still some question marks over whether he’d fit into Pep Guardiola’s system. A disappointing display against Liverpool in the Community Shield exacerbated these concerns.

But he soon silenced the critics with a brace on the opening weekend against West Ham United. It was a classic Haaland performance – his darting runs in behind proved to be deadly on two occasions.

For the first, he raced onto Ilkay Gundogan’s through ball before being brought down by Alphonse Areola, then picked himself up and converted the penalty. For the second, he was picked out by Kevin De Bruyne’s pass and finished into the far corner.

There’s still a long way to go, but Haaland has made a statement with a brilliant opening weekend. If he can keep this up, Man City will be an almost unstoppable force once again.

The most expensive debutant was Uruguayan forward Darwin Nunez, who signed for Liverpool from Benfica for an estimated £64m.

Nunez was surprisingly left on the bench for the Reds’ opener against Fulham, but he was brought on in the 51st minute. He followed this up with a goal 13 minutes later, and later grabbed an assist for Mohamed Salah to rescue a point at Craven Cottage.

On paper, this seems like a stunning debut, but this wasn’t quite the case. The goal was a fortunate one – he missed his attempted flick, only for Whites defender Tosin Adarabioyo to deflect the ball onto his heel and in. Meanwhile, the assist came from a loose first touch which luckily fell to Salah. But hey, they all count the same.

That’s not to say there weren’t positives to be taken from the forward’s display. He got into some good areas, and Jurgen Klopp’s side looked far more threatening with him on the pitch. There could be more to come from him.

During his seven seasons at Man City, Raheem Sterling scored 131 goals and won ten major trophies. And yet, there were still several question marks over the England international, with many believing that he wouldn’t be able to reproduce this outside of Guardiola’s system. This season, that hypothesis will be put to the test.

So how was his first display for Chelsea? Alright, I guess. He had a couple of moments, got into some good areas, and occasionally looked threatening. But he was far from his absolute best.

Sterling wasn’t the only departing City player coming to London, as Gabriel Jesus made the switch to Arsenal. His first competitive outing at his new club came against Crystal Palace on Friday.

The Brazilian instantly sought to make an impact. In the first half, he was one of the Gunners’ best players, linking up well, beating defenders, and creating chances. He was a bit quieter after the break, but still managed to show some threat. The fans ought to be encouraged by this performance.

Last season, Manchester United conceded 57 league goals – their highest tally in the Premier League era. In an attempt to rectify this, they signed Ajax centre-back Lisandro Martinez in a deal worth an initial £46m.

Perhaps the biggest concern over his signing was his height. At 5’9″, he’s noticeably smaller than most centre-backs. Many wondered whether he’d be able to physically cope with the Premier League.

And this weekend, those fears were increased after a difficult welcome against Brighton and Hove Albion. The Argentine struggled to deal with the pace and strength of Danny Welbeck, and was fortunate not to concede a penalty in the second half. A tough opener for the defender.