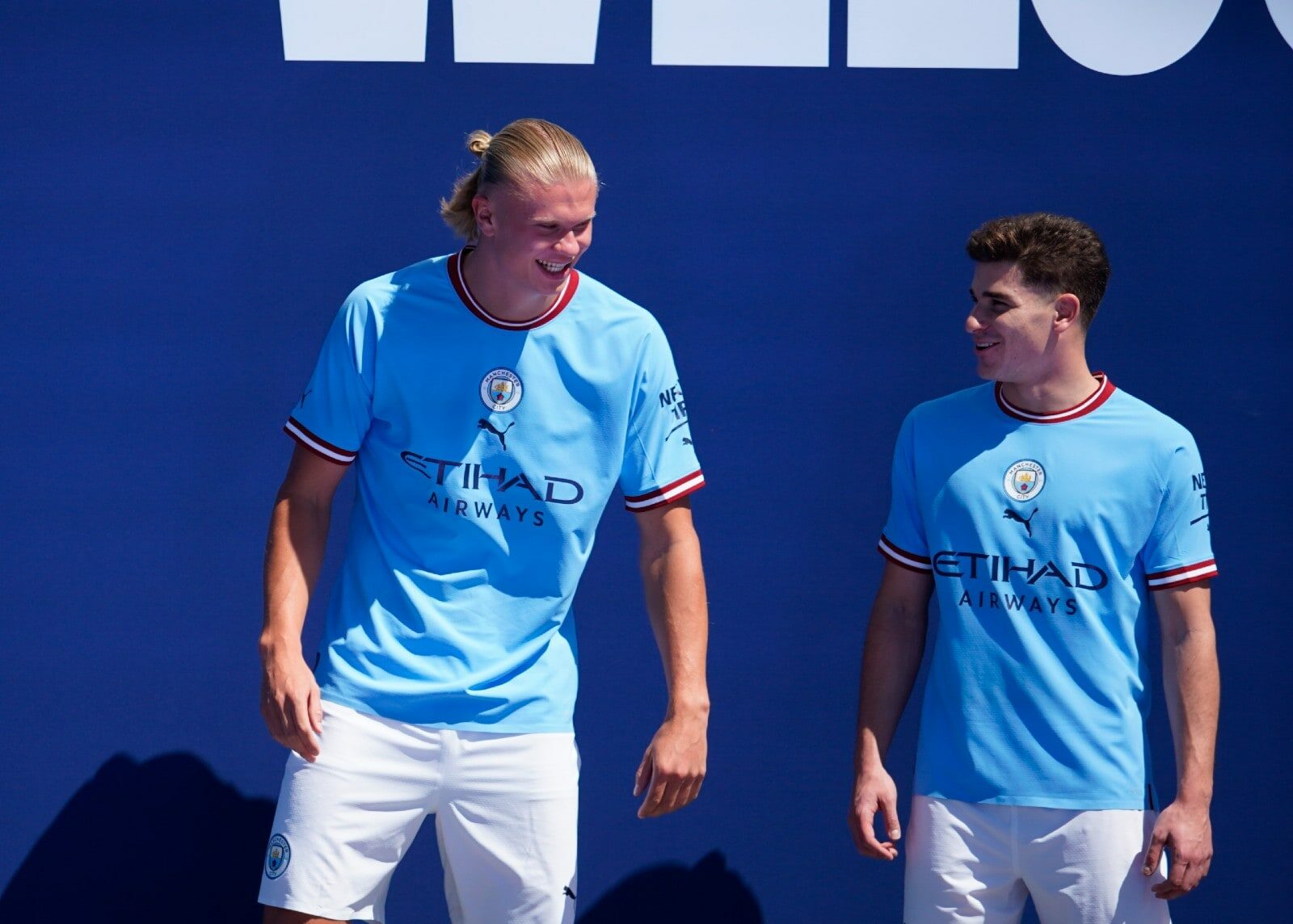 The 22-year-old was spectacular against West Ham United on Sunday as he struck twice at the London Stadium to claim a comfortable victory for his side.

The Norwegian earned a penalty in the first-half after he was upended by the Hammers’ keeper Alphonse Areola.

He easily slotted home from the spot before registering his second goal with a cool finish in the 65th minute of the match.

Keane was highly impressed with Haaland and compared the Norwegian to Ronaldo.

He will score plenty of goals

There are not enough superlatives to describe Haaland who has been exciting everyone with his supreme talent in the last few seasons.

The City star has all the qualities of a complete centre-forward, boasting pace, athleticism and finishing. He is also highly rated for his dribbling and ability to hold on to the ball.

The Norwegian struck 13 Bundesliga goals in his debut season at Borussia Dortmund followed by 27 and 22 in the next two years.

There were some doubts about whether he would be able to make the same impact in the Premier League after his disappointing Community Shield performance last week. However, he has now dispelled those doubts with this outstanding performance.

On the back of this display, it looks almost certain that Haaland is going to score plenty of goals in England this season.

The 22-year-old will likely be a nightmare for all the other defenders in the Premier League.