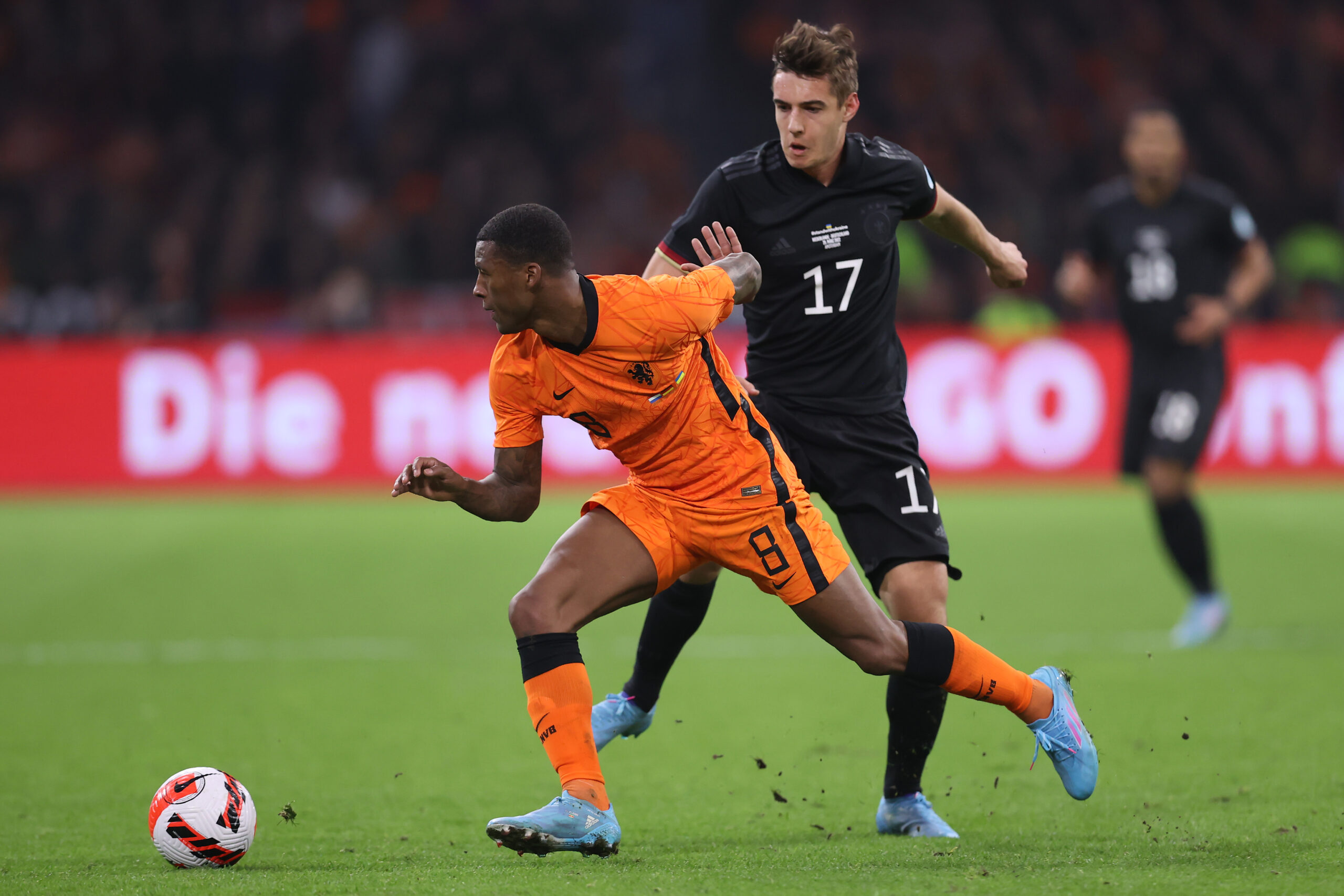 AS Roma have signed Georginio Wijnaldum on a loan move from Paris Saint-Germain, according to the club’s official website.

An option to buy has also been inserted in the deal that will see the 31-year-old spend the 2022-23 season on loan at the Stadio Olimpico.

The Dutch midfielder joined PSG last summer after his contract at Anfield expired. However, he endured a difficult season at the Parc des Princes, scoring only once in 31 Ligue 1 appearances.

He was named the league’s flop of the season, with over 100,000 votes making the decision.

But he has now joined Roma on a season-long loan deal and will be hoping to regain his form in Serie A.

Roma deserve plenty of credit for managing to make some big additions this summer.

La Lupa signed Nemanja Matic and Mile Svilar as free agents in July followed by the arrival of Zeki Celik from Lille.

However, they also entered the race with Napoli and Inter Milan for top forward Paulo Dybala and completed the sensational move last month. And now the Serie A outfit have added Wijnaldum to their ranks.

The Netherlands international is 31-years-old but boasts a wealth of experience playing at the top level of football.

The midfielder has won the Premier League and the Champions League trophies during his spell at Liverpool. He made over 230 appearances at the Reds, bagging 22 goals and 16 assists (stats from Transfermarkt).

He wasn’t as successful when he made the switch to PSG last summer. However, that was just one season and he performed consistently at Anfield during his five-year spell there.