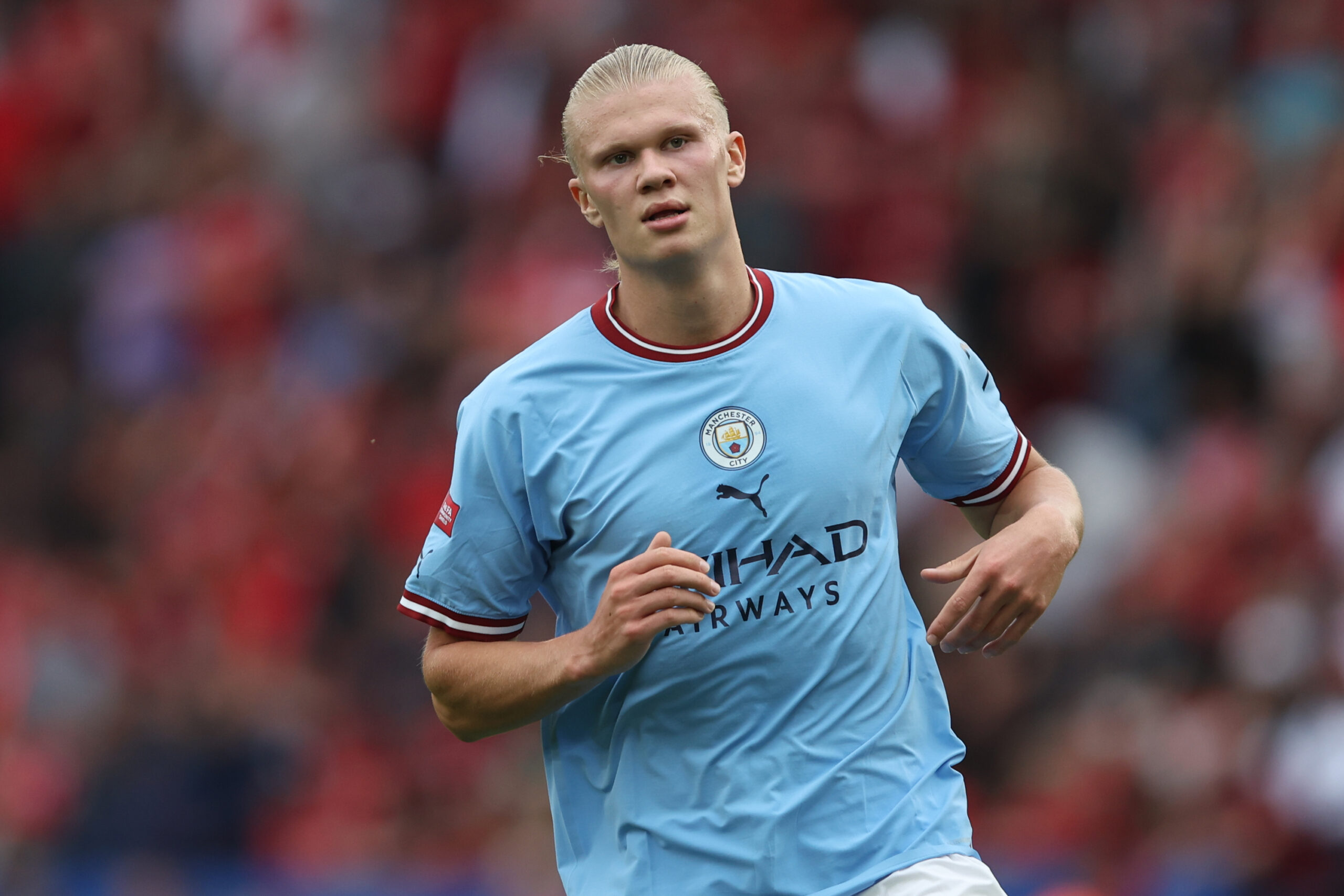 West Ham United and Manchester City are set to square off in a handsomely-looking 2022/23 Premier League opener at the London Stadium.

The prodigious Italian striker, who bagged 16 goals in Serie A last term, will spearhead the Hammers’ pursuit of back-to-back Premier League matchday one triumphs for the first time since 2013/14.

Yet, Scamacca alone could prove insufficient to bolster the home side’s hopes of recording their first Premier League win over Man City at the London Stadium (D2, L4).

With new boy Erling Haaland in the heart of Pep Guardiola’s mercurial frontline, West Ham’s task of opening the new season with a bang looks ever so challenging.

Despite reinforcing their star-studded squad with the arrivals of Haaland and Kalvin Phillips, the defending Premier League champions experienced a false start to the new domestic campaign.

New signing Julian Alvarez found the net on his competitive debut for Man City to give Guardiola some consolation in a thumping 3-1 defeat to Liverpool in last week’s Community Shield showpiece.

Of all West Ham fixtures in August, City’s visit to the capital on the opening weekend will be the most demanding challenge for Moyes’ lads, and for a good reason.

The Irons have won none of their last 13 Premier League meetings with the reigning English champions (D3, L10), including a 2-2 draw in this corresponding encounter in 2021/22.

Last season’s matchday one victory over Newcastle United halted West Ham’s run of five successive opening day defeats in the top-flight between 2016/17 and 2020/21.

Memories of a thrilling 3-2 comeback at Aston Villa on the final weekend in 2021/22 are still fresh as the Cityzens seek three consecutive Premier League titles for the first time in the club’s history.

You would not have to look beyond Man City fixtures for the remainder of August to understand that a victory in London will almost certainly secure them a 100% winning start to the new league campaign.

Hoping for Haaland to get off the mark on his Premier League debut, Guardiola’s men come into proceedings on the back of a 12-game unbeaten league run (W9, D3).

West Ham vs Man City, along with the rest of the Premier League fixtures in the 2022/23 season, will be available to watch live online via Premier League live streams.

City’s habit of underperforming early in the season under Guardiola should not be underestimated, and we back the Hammers to take points off the more heavily fancied visitors here.