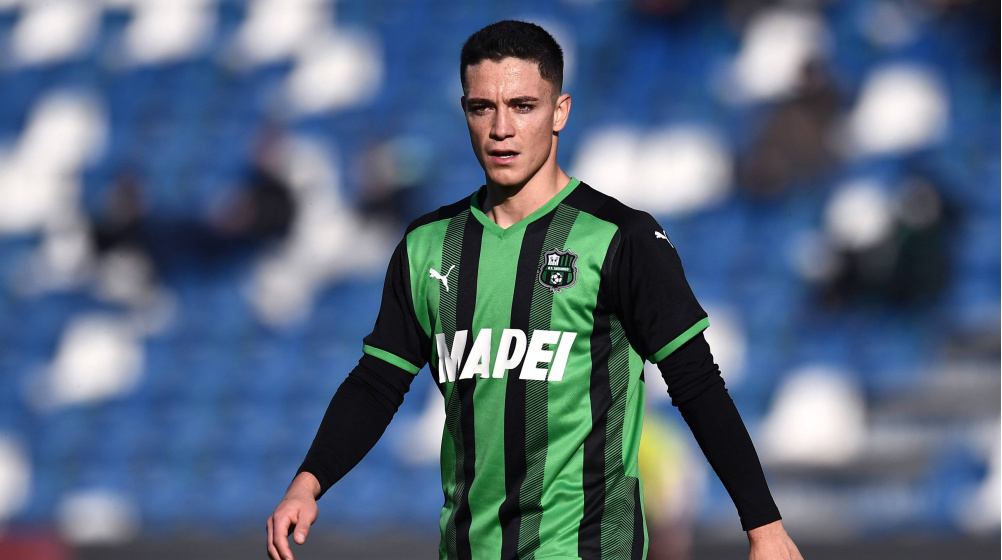 Napoli and Sassuolo executives are currently locked in dialogue over Giacomo Raspadori, according to Gianluca DiMarzio.

Napoli are trying to see if a deal for Raspadori is feasible and if they can find some ‘common ground’. The 22-year-old has a contract that runs until 2024, and Napoli want to know if they can sign him.

Napoli have been sounding out Raspadori but have only secured a face-to-face meeting today. Coach Luciano Spalletti sees Raspadori as a tactical solution.

Raspadori can play as a second striker, off the left and behind the striker. He can also step in as a back-up centre-forward if called upon. That kind of tactical versatility is what is attracting Spalletti.

Raspadori is a like-for-like replacement for Dries Mertens. The Belgian is leaving Napoli after an incredible nine-year stay in which he overtook Diego Maradona to become the club’s all-time top scorer.

Mertens is now in discussions with Galatasaray. Faouzhi Ghoulam has also left the club.

Napoli have moved quickly to replace those players. They have brought in Khvicha Kvaratskhelia (Insigne), Kim Min-jae and Leo Ostigard (Koulibaly), Mathias Olivera (Ghoulam). The Partenopei have identified and are targeting Raspadori as the man to replace Mertens.

Raspadori is one of the rising talents of Italian football. In his 80 appearances for Napoli, he has scored 18 goals and assisted nine more for his boyhood club.

Raspadori is also an Italy international and a European champion. He has scored three goals in his 13 appearances for the national team since making his debut in June 2021 under Robert Mancini.