Juventus ahead of West Ham in the race for Filip Kostic 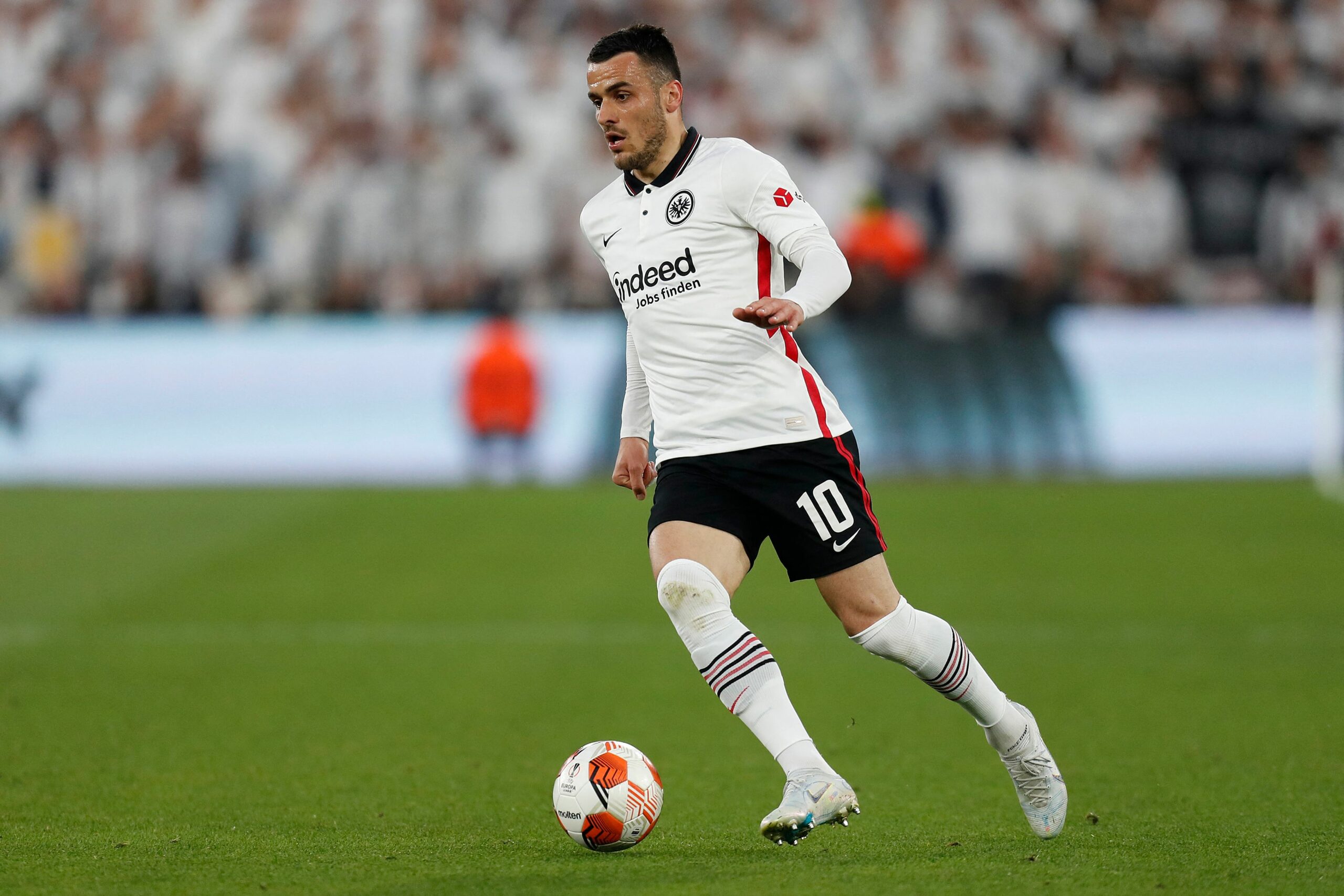 Juventus are reportedly in pole position to sign Eintracht Frankfurt star Filip Kostic and are pushing to get the deal over the line.

According to Sky Sport Italia, the Old Lady are planning to accelerate the talks with his representatives soon ahead of a potential summer move.

Max Allegri made it clear to Juve’s directors during Wednesday’s summit that he wants to sign Kostic to strengthen the left-wing position.

The Serbian international is one of the sought-after players in the market following a spectacular 2021/22 campaign, where he helped the Eagles clinch the Europa League trophy.

Kostic looks eager on an exit similar to last summer, and with a contract expiring in 2023, the Bundesliga outfit would prefer selling him for a considerable sum this summer over letting him on a free transfer next year.

West Ham United have also been showing heavy interest in the Serb. However, they have had a bid worth around £15 million turned down by Frankfurt.

Kostic is reportedly interested in joining Juventus, where he can enjoy Champions League football next season.

One of the areas Allegri wants to fix ahead of the new season is the left-wing position. The options have been curtailed following a long-term injury to Federico Chiesa, who is yet to return to full fitness.

Allegri sees Kostic as a top addition, with the Serbian enjoying much success in the position at Frankfurt. In addition, he is also adept at playing as a wing-back.

The Italian manager is currently prioritising the return of Alvaro Morata after securing the transfers of Paul Pogba, Angel Di Maria and Gleison Bremer.

The Spanish striker’s two-year loan spell at Allianz Stadium ended at the end of the 2021/22 campaign, and he returned to Atletico Madrid after the Bianconeri failed to meet his €35m buyout clause.