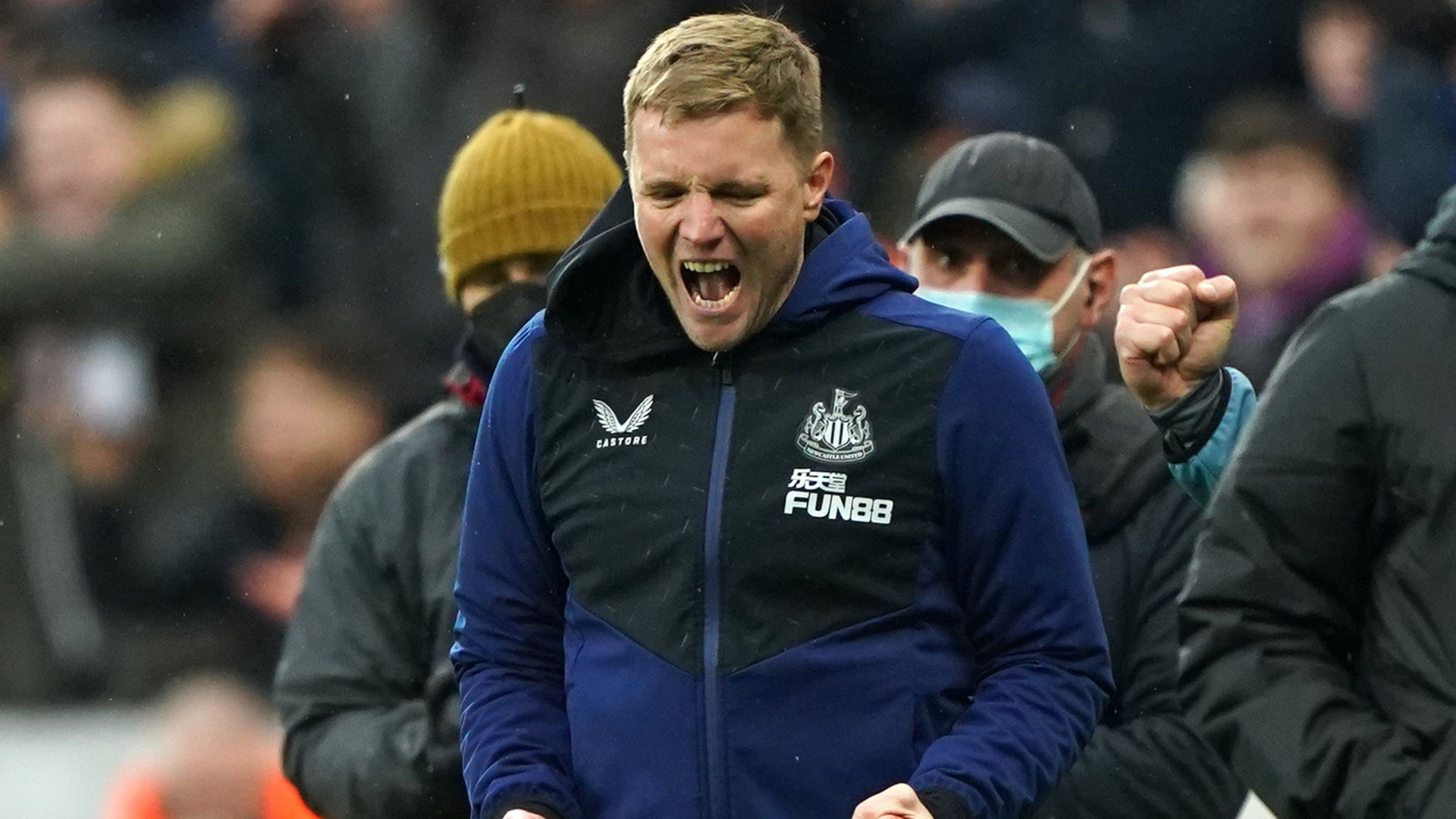 Newcastle United manager Eddie Howe has signed a new long-term deal at St James Park, the club have confirmed on their official website.

Howe arrived at Newcastle in November 2021, following a take over by Saudi Arabia’s Public Investment Funds, and made an instant impact at the club.

The Tyneside club were languishing in 19th in the Premier League when Howe was appointed, struggling for wins while battling relegation.

However, with a new manager came good fortunes. After some shrewd January acquisitions, the English gaffer turned things around.

An unbeaten run in February 2022 shot the Magpies up the table, earning Howe the Manager of the Month award. It was the fourth time the Englishman had won the award in his career.

Not only did the 44-year-old manager survive the relegation scramble – he also finished in 11th place, 14 points clear of the bottom three, and just two points off the top ten.

After putting pen to paper on the new deal, a delighted Howe said: “It’s a great feeling to commit my future to this incredible club. I’m extremely proud to be the head coach of Newcastle United and have enjoyed every moment here.

“I’d like to take the opportunity to acknowledge my coaching team, the players, staff, and supporters. They make it a very special place to be every day.

“I’d also like to extend my gratitude to our owners and to Dan Ashworth. We are still at the start of our journey, but this is an exciting time to be a part of Newcastle United, and I’m very excited about the future together.”

The new owners have shown they are not afraid to splash the cash this summer following the signings of Nick Pope, Matt Targett and Sven Botman with the promise of more to come, but they will have to keep an eye on the financial fair play regulations.

Having been rewarded for his fine performances, Howe can now look toward the new campaign with the full backing of the club, as they target a trophy and a place in one of Europe’s competitions this season.