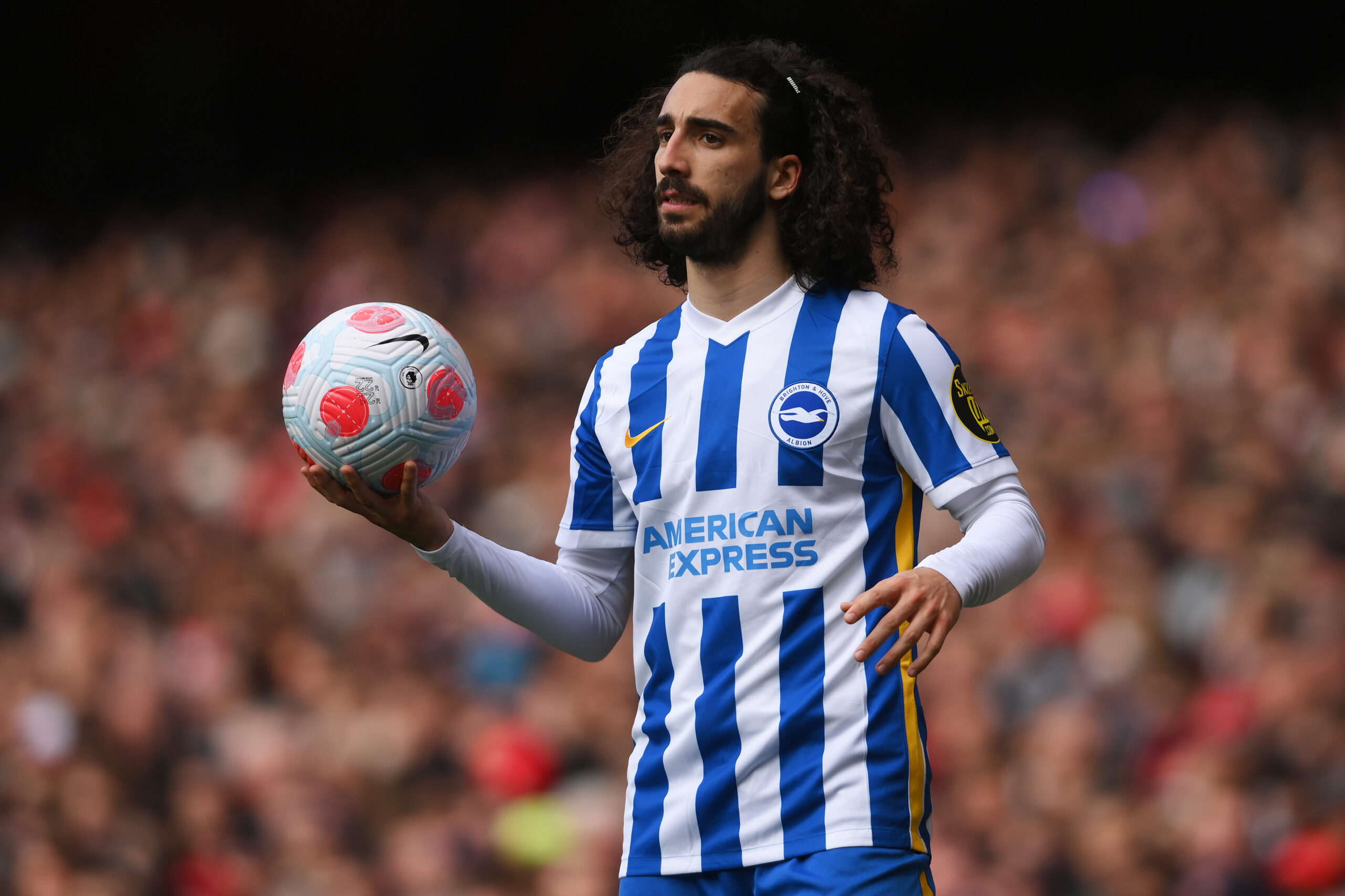 Chelsea are reportedly on the verge of completing a move for Brighton & Hove Albion full-back Marc Cucurella.

The Seagulls released a statement yesterday that there was no agreement in place with Chelsea or any other clubs for the Spaniard.

However, Fabrizio Romano now reports that Chelsea are expected to finalise the transfer today, with Cucurella having successfully passed his medical.

The Italian journalist added that both the clubs are preparing the paperwork, with the west Londoners paying £55 million plus £7m in add-ons for his services.

The 25-year-old has been viewed as a likely replacement for Marcos Alonso, who has been heavily linked with a move to Barcelona.

Cucurella will provide competition to first-choice left wing-back Ben Chilwell, who has only recently recovered from a long-term ACL injury.

The transfer saga of the former Barcelona star was quite interesting as the Blues were never really in contention at the start.

Manchester City were touted as the potential destination, with Pep Guardiola keen on Cucurella’s services as a replacement for Oleksandr Zinchenko, who joined Arsenal. In addition, they also agreed personal terms with the Spaniard.

However, the Premier League champions walked away from the pursuit because of their reluctance to meet Brighton’s valuation, allowing Chelsea to enter the fray.

The Blues are also happy to see their long-serving defender Cesar Azpilicueta pen a new two-year contract extension recently to put an end to the speculation linking him with Barca.

They are also working on deals to sign Wesley Fofana, Pierre-Emerick Aubameyang and Frenkie de Jong.